In the summer of 1957, as a nine-year old, I had ‘Asian flu’ along with many of my schoolmates. One of the last to recover, I was still in the school hospital with a mild fever when the mid-year vacation was upon us. Desperate not to be left behind, as everyone else prepared to board the Blue Mountain train down from the Nilgiri hills, I pleaded tearfully to be discharged. The headmaster overruled the school doctor and I was allowed to go home to my grandparents, only a day’s journey away. I rushed to get my little tin trunk from the girls’ hostel and raced to the railway station in time to catch the train. By the evening of June 22, I was home.

The next day, the fever rose again and I was back in bed. Within days, an older cousin too had caught the flu. The relapsing illness affected my lungs and it took a couple of weeks to get back on my wobbly feet – helped along by injections of the still-wonder-drug penicillin, hot fomentation with ash from the wood fire in the kitchen (no gas or electric stoves in those days) and a high-protein diet (boiled eggs smuggled into my strictly vegetarian grandparents’ home). Alas, the four-week vacation was quickly over and I had to head back to school again.

The long spell of illness led to eosinophilia – an increased number of disease-fighting white blood cells in my blood – for which I recollect taking a tiny white pill for some weeks.

That term, the school doctor merely wrote in my report: “Has lost some weight, down to 56 lbs from 60 lbs due to her illness.” That was the pre-metric era: I had lost less than 2 kg and was soon back to 27 kg. The doctor did not seem to think it necessary to mention that the illness was influenza. Perhaps in the slow tempo of the 1950s, a pandemic that swept through the world from East Asia to the Americas did not create much dread and panic.

There is very little contemporary documentation of the Asian flu. A 1959 report by I.G.K. Menon, of the Government of India Influenza Centre at the Pasteur Institute, Coonoor, noted that the 1956-58 pandemic entered India through the port of Madras (now Chennai) in May 1957. A ship from Singapore, carrying 1,622 passengers and 200 crew, docked on May 12. Some passengers were already suffering from influenza. The medical staff who went aboard to treat them became infected. Soon, the residents of Madras caught the flu from disembarking passengers. Other ships brought the flu to the port cities of Bombay (now Mumbai) and Calcutta (now Kolkata). Within 12 weeks, the influenza had reached every nook and corner of the sub-continent.

As they did every year in May, people from Madras thronged to the Ooty (now Udhagamandalam) Botanical Gardens for the annual flower shower that opened on Saturday, the 18th. So did children from the many residential schools in the district, including mine. The school band played at the flower show and the school won prizes for its gardens. For us children, it was the joyous culmination of a week of no classes, as we had celebrated founder’s and sports days and mingled with many visitors. Little did anyone realise that the flu had travelled with the crowds from the steamy plains up into the hills.

By May 21, some of my schoolmates were sick. Menon recorded that school-aged children, particularly 6-10 year-olds, and later infants and pre-school children, were the most affected. Indeed, within five weeks, half the school was down with influenza: 256 out of 533 children. But in July 1957, the school bulletin only said: “We had an anxious fortnight in June on account of influenza. Thanks, however, to the precautions taken on the advice of the Pasteur Institute, Coonoor, the epidemic turned out to be a mild one.” If 48% of children in a school fell ill today, I wonder if anyone would see it as a “mild epidemic”.

When we returned to school after the vacation, I recollect hushed whispers that a 12-year-old girl had died of the flu in nearby Coonoor. We were curious about who she was and why she had died while all of us had survived, but the teachers shushed the chatter.

It is only now, more than six decades later, that I found Menon’s report on the internet and learnt that she had indeed died. The data shows that across India, between mid-May 1957 and early February 1958, the influenza affected 4,451,758 people and caused 1,098 deaths in a population of 360 million (1951 Census). Around the world, perhaps two million people died (although estimates vary greatly).

The Pasteur Institute report also notes that besides school children, those who lived and worked in close contact with one another, such as tea-estate labourers and factory workers, were especially vulnerable. There were significantly fewer cases among adults above 30-35 years and almost none above 60 years. This is exactly the reverse of the current pandemic of the new coronavirus, which is known to be especially hazardous for older people and increasingly so with each decade over 60 years.

The Asian flu was a form of avian, or bird, flu caused by the H2N2 virus, which had mutated from wild ducks and combined with a preexisting human strain. A vaccine was developed for it and by 1958 the pandemic had slowed, becoming part of the regular seasonal flu. By 1968, the H2N2 virus is believed to have disappeared from the wild but, combining with other strains, had evolved into H3N2, which caused another short-lived pandemic as the ‘Hong Kong flu’.

Both H2N2 and H3N2 caused relatively milder diseases than the H1N1 virus, which caused the deadliest pandemic of the last century — the so-called ‘Spanish flu’ (though it may actually have emerged from Kansas in the US). The Spanish flu of 1918-1920 unusually affected healthy young adults, even spreading into remote Pacific islands and the Arctic. Over 50 million people died worldwide. Contrary to popular opinion, it was not caused by World War I, but it is probable that the conditions created by the war helped its spread, such as troops in congested living spaces, malnutrition and increased travel across continents.

The historian David Arnold has drawn attention to India’s sparse record of the 1918 influenza, which killed 12 million. The flu entered via a troop-ship docking in Bombay. The country had already been devastated by the plague (a bacterial disease), the war effort and a near-famine. The ‘Bombay fever’, as it was called locally, spread from the west coast along rail lines and travel routes.

In Gujarat, Gandhi had recently set up his ashram near Ahmedabad after returning from South Africa (where, during the black plague, he had nursed patients and experimented with his epidemic diet). Almost everyone in the ashram caught the Bombay fever but survived. Millions did not. The majority of those who died in India were women, probably because women were the main carers of the sick and were already undernourished.

A friend in Mangalore told me that both his grandfather and grandmother, who would have been young adults at that time, died of the Spanish flu. My grandfather was a young father during the 1918 pandemic. Did he hark back to it in 1957 as his grandchildren lay sick in his bustling household?

Today, in 2020, I am nearly as old as he was then. And as with the Asian flu, I am again in the ‘most vulnerable’ age group for COVID-19. Vivid memories of surviving a pandemic in an earlier hope-filled age come unbidden, along with thoughts of an unknown 12-year-old girl who died. Reluctantly, I isolate myself, alone in my quiet apartment. One week into the lockdown but happily connected through the marvels of the internet to the world, to neighbours, friends and family.

Sumi Krishna is an independent researcher based in Bengaluru. 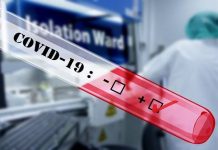 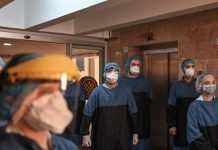 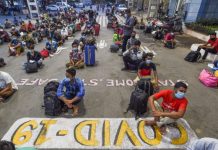 Coronavirus: Latest updates on cases in India, all you need to know about COVID-19