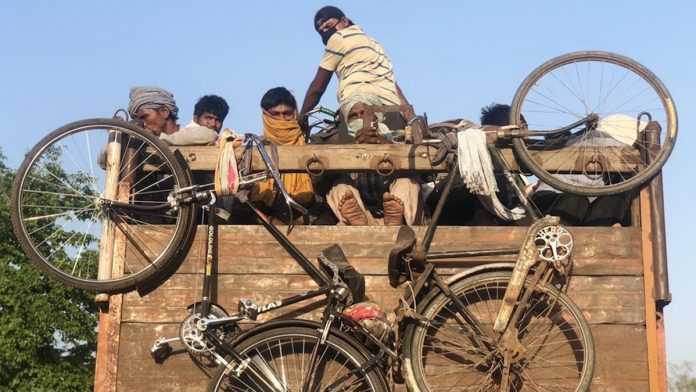 For the first time in the last six years, India’s poor are not paying attention to Prime Minister Narendra Modi’s words. And the announcement of a stimulus package worth Rs 20 lakh crore hasn’t helped either.“Hum keede makode hain, humein marne ke liye chhod diya hai (We are seen as vermin and have been left to die),” a migrant worker tells me near Lucknow.

For the last two weeks, I have been meeting and talking to migrant labourers walking home in Uttar Pradesh and Bihar. They have a common complaint. PM Modi should have ordered landlords to not force labourers to vacate. He should have told factory owners to help employees. Why didn’t he? Modi should have also told us in advance that there will be a lockdown, they say.

Interestingly, the Nitish Kumar government in Bihar gets a harsher rap from the migrant labourers than the Yogi Adityanath one in Uttar Pradesh. Nitish Kumar has deceived us, Upkar Singh tells me at the UP-Bihar border transit centre. But the biggest disappointment, clear from my conversations with the workers, is PM Modi. More than being angry, they are hurt.

The announcements of packages, trains, food haven’t been able to stop the migrants from hitting the road on foot. They are choosing to walk hundreds of kilometres rather than rely on Modi’s words.

Also read: Of course the migrant labourers will go back home, for that is where their lives are: Gulzar

Modi and the pulse of India

It is not that India’s poor doubt the ability of PM Modi to handle the Covid-crisis. But they say their big brother and father-like figure has abandoned them on the roads.

Labourers have been hit by both the coronavirus pandemic and the strict lockdown. Planes were sent for the rich, but the poor have to walk. But that’s not the only brutality they are facing. In Bhopta village, Gopalganj, labourers told me, even when there were no cases, the police were beating them for going to buy essentials. What is our fault, they ask. We are atmanirbhar — self-reliant — as PM Modi wants us to be.

Before the coronavirus, Modi was seen as an able administrator. He told Indians he was doing exactly what they wanted — be it demonetisation (getting rid of black money), dilution of Article 370 (opening up Kashmir and taking care of Pakistan’s plans), or criminalising triple talaq (‘saving’ India’s women). Even the Citizenship (Amendment) Act made his followers happy.

Modi was the master of understanding the people’s pulse. But this image has clearly taken a hit with the lockdown and pictures of migrant labourers walking home.

Taali, thalis and diyas can only do so much to boost public morale. From March to May, the celebration and the bravado to beat the virus has lessened significantly. Even the Rs 20 lakh crore stimulus package hasn’t lifted too many spirits.

The videos and pictures of migrant labourers are hard to ignore. People say, there was a simple solution. Modi should have talked to the states and the migrants should have been supplied food and some money in their accounts. But even trains were provided to the labourers after a month. The talk of atmanirbhar Bharat appears hollow — for migrant labourers, it just means walking home alone.

But for India’s majority, Modi’s image has rarely been tainted by episodes in the past — earthquake or riot or slide in economy.

That is changing now.