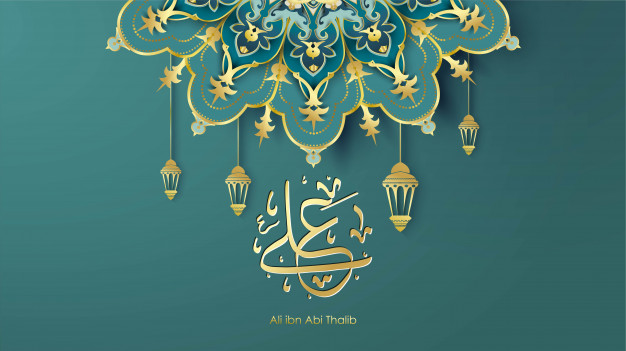 SHAFAQNA-\Saying:
“Ali was so popular even among the non-Muslims that when he died, all the Christians, Jews and Zoroastrians of Kufa, particularly their women and children who were personally looked after by Ali, lamented his death and wept as one does for ones father.  Mourning was observed even in Jerusalem and the Lord Bishop also could not restrain his tears.”(Prof. M. G. Reynolds Book on Islam, Chapter 3.)

Imam Ali (AS) in the Bible:
“Sarah, thy wife, shall bear thee a son and thou shall call him Isaac: And I will establish my covenant with him for an everlasting covenant for his seed after him.  And as for Ishmael I have heard thee:  behold, I have blessed him and will make him fruitful and will multiply him exceedingly, twelve princes shall he beget, and I will make him a great nation.”  (Genesis 18: 19-20)

The Death of Imam Ali (AS)
When Ali was leaving his abode, observes S. Ockley in his famous work, The History of the Saracens, the household birds began making a great noise and when one of Ali’s servants attempted to quiet them, Ali said: “Leave them alone, for their cries are only lamentations foreboding my death.”

The Deer hunting incident of Harun ar Rashid:
“During the reigns of the Ummayyad Caliphs his blessed resting-place could not be disclosed, and so it was also under the Abbasids until the reign of Harun-ar-Rashid.  But in the year 175 A.H. (791 A.D.), Harun happened to go hunting in these parts, and the deer he was chasing took refuge on a small piece of raised ground.  However much he asked his hunting dogs to capture the quarry, they refused to go near this spot.  He urged his horse to this place, and the horse too refused to budge; and on this, awe took possession of the Caliphâs heart, and he immediately started to make inquiries of the people of the neighborhood, and they acquainted him with the fact that this was the grave of Hazrat Imam Ali ibn Abu Talib, the cousin and son-in-law of the Holy Prophet.  Harun ordered a tomb to be erected over the grave, and people soon began to settle down in its vicinity.”  (The Shrine of Ali at Najaf from, “The Shia Religion”, by Dwight M. Donaldson)Tags:Ahlulbait (a.s.), Imam Ali (A.S), Muslims, non-Muslims

Imam Ali (AS) in the eyes of Non-Muslims