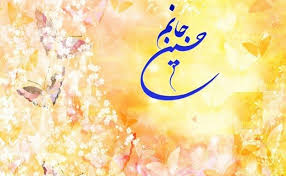 The supreme sacrifice of Imam Husain (A.S) radiates from the pages of history to convey message of selflessness to human societies. His words went beyond the desert of Karbala.

He played his human role in the best possible way to reform the society and root out the dictatorial regime. He moved to free the individuals from the chain of slavery. An honorable death was far more desirable for him than a dishonorable life. The tragedy of Karbala is an unparalleled event in the history of mankind.

The great sacrifice made by Imam Hussain, the grandson of the Holy Prophet (SAW), on Ashura (The 10th of Muharram 61 AH) and the steadfastness shown by him is a beacon for all oppressed. The events of Karbala reflect the battle between the good and the evil, the virtuous versus the wicked. At Karbala, Imam Hussain was besieged by more than 20,000 armed men of the tyrant Yazid, a usurper of the caliphate. The Muslim rulership was sliding into corruption under the tyrant Yazid. Imam Hussain took a stand against Yazid’s evil rule.

Whilst Yazid was feared and hated for his ruthlessness, Imam Hussain was loved and respected by the society. Yazid realised this, and understood that if he could convince Hussain to support him, the people would too. Imam Hussain had a choice. To support the tyrant and live a comfortable life full of luxury, or to refuse and likely be killed for his decision. Imam Hussain refused. He said “I only desire to spread good values and prevent evil”. Imam Hussain denied him his allegiance, and as a result, Yazid’s men carried out unspeakable torture on Hussain and his family.

Yet, this impossible stand for upholding truth & justice by a small group of steadfast people, and the torture carried out on them, is what ultimately struck the mightiest blow to the foundation of the oppressive Umayyad Dynasty, as it ignited a series of revolts. Imam Hussain, the symbol of truth, piety and justice had been representing Islam in its entirety, stood on one side of the river Euphrates with his small group.

There was even one, Habib Ibne Mazahir, a friend of Hussain, being eighty years old but steadfast in his mission. Opposite them, blocking access to water for days, stood Yazid’s commander Umar ibne Saad, with thousands of well-armed soldiers. Before the prayers of Asr on that fateful day, October, 680 AD, the Battle of Karbala was over. The 72 companions of Imam Hussain were martyred along with Imam Hussain’s six-month-old son, Ali Asghar. Denied even water for the children, they remained parched under the burning sun and scorching sands, yet not one faltered for a moment.

Husain marched with his little company, not to the power of wealth, but to a supreme sacrifice, and every member bravely faced the greatest odds without flinching. The story of Karbala is universal, the struggle for all oppressed. In the martyrdom of Imam Hussain lies the death of Yazid, for Islam resurrects after every Karbala.

The so called ‘victors’ left the battlefield on their horses, monstrous in their arrogance, trampling and mutilating the martyred, under the hooves of the horses, leaving them unrecognizable. The evil forces buried their dead and left the Imam and his martyred companions. The survivors were chained and made to walk barefoot on the burning desert sands, all the way from Karbala to Kufa, and from Kufa to Damascus, Syria. Throughout the journey the women and children were heinously tortured. Karbala symbolizes struggle against injustice: non-violent resistance, with grace and supreme determination, at the ultimate price— not taking a life, but sacrificing your own for Islam.

The Karbala martyrs proved that no matter how small the number, truth and justice shall ultimately prevail, even against the most formidable evil.The spirit of Karbala and Imam Hussain live on to inspire and guide, and the palaces and forts of Yazid with all the wealth have perished and disappeared from the face of the earth. Such is the power of the blood of the martyrs of Karbala. Many lessons can be learnt from Imam Husain (A.S) – we learn to be brave, resilient and firm just as Imam Husain (A.S) and his companions were; that it is better to die with dignity than to live in humiliation; that our rights can be defended even in the face of death. True faith is tested in the hardest of adversities. Life can be sacrificed for a just cause. His blood will keep the heart of history beating for centuries.

His tomb will be the shrine of freedom fighters. His bravery, manliness and virtue will be a great lesson for humanity.. In short, his supreme sacrifice for a just cause still injects new life into societies and invites men to move against oppression and corruption. Though Imam Hussain gave his life centuries ago, but his indestructible soul rules the hearts of people even today. No battle in the modern and past history of mankind has earned more sympathy and admiration as well as provided more lessons than the martyrdom of Hussain in the Battle of Karbala.

To conclude the message of humanity and selflessness outweigh the tragic aspect of Imam Husain’s revolution. Although he was martyred mercilessly on the burning sand of Karbala along with his family and companions, nonetheless his blood gained victory over sword.

Oppn Protests in Parliament against Misuse of Probe Agencies by Centre

Photos: Mourning ceremony for Imam Hussain (AS) in...

The massacre at Karbala (Part 4)