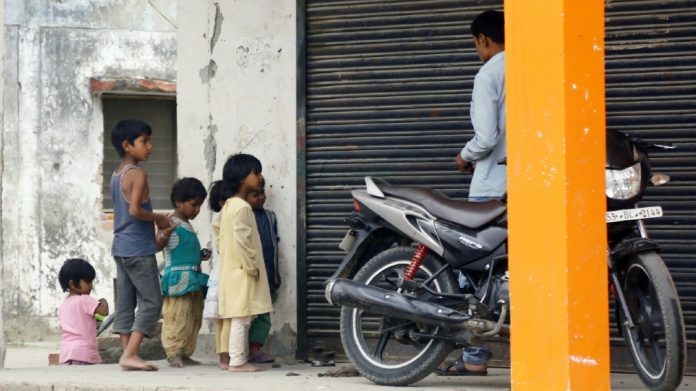 Of the total Covid-19 positive cases and fatalities reported in the media in the last three weeks in India, about 50-60 per cent are from the country’s 14 metropolises: Mumbai, New Delhi, Ahmedabad, Indore, Pune, Jaipur, Thane, Surat, Hyderabad, Chennai, Kolkata, Vijayawada, Agra and Bhopal. The three worst-hit cities — Mumbai, New Delhi and Ahmedabad — have a share of 34-44 per cent of the daily reported cases of positive coronavirus. There is no slowing down, which means the urban local bodies are going to be engaged in regular basic service delivery and the current health crisis management for much longer.

This puts additional burden on the urban local bodies’ limited human and financial resources. The municipal sanitation and public health workers performing high risk duties should be covered by relevant social protection measures. These include providing life insurance under the Pradhan Mantri Garib Kalyan Yojana as well as the proposed Hazard Allowance with a separate financial package for the duration of the Covid-19 crisis.

The poor financial health of urban local bodies in India, which is an outcome of a long history of neglect and imprudent policy decisions, is a major constraint at a time when these institutions are also the frontline warriors in the Covid-19 crisis.

Why ULB finance is in a mess

There are four main reasons for the current state of urban local bodies’ finances in India:

First, an anti-urban mindset based on the belief that investment in urban infrastructure and services improvement will make cities more ‘attractive’ for rural-urban migration, which severely limited the flow of public funds for capital expenditure in the rapidly growing cities until the 1980s. This policy perspective was not successful in achieving its goal of checking rapid urban population growth, but certainly resulted in a huge urban infrastructure and services gap.

Second, based on the assumption that urban local bodies do not have the capacity for major urban infrastructure development, a number of parastatals — autonomous authorities and boards under the state government control — were established. But they further weakened the urban bodies by taking away some of their revenue generating functions. The worst of these blunders was setting up urban development authorities and urban improvement trusts that control land, the most lucrative urban local asset. Now these parastatals are flushed with surplus funds while the urban local bodies are struggling to make ends meet. Another municipal service with significant revenue potential still outside the municipal authorities’ domain in many Indian cities is water supply and sewerage.

Third, low pricing of urban services in the name of urban poor, which is more a populist measure than a well-designed pro-poor pricing policy, has been a matter of debate for decades and shown little positive impact. The Arvind Kejriwal government in Delhi offering 20,000 litres of free water per month for every connection is a good example of it benefiting more middle-class families than the poor.

Fourth, based on years of concerted policy advocacy by experts and civil society groups, backed by evidence-based estimates of enormous urban infrastructure investment requirement to meet the services gaps, some central programmes have been implemented, namely: Jawaharlal Nehru National Urban Renewal Mission (JNNURM), Atal Mission for Rejuvenation and Urban Transformation (AMRUT), Swachh Bharat Mission, Smart Cities Mission, and Jal Jeevan Mission (piped water for all). However, these programmes do not cover all cities and the allocations are hardly adequate to meet the current demand, let alone fund the planned infrastructure development for the increasing needs of evergrowing Indian cities.

The ongoing economic slowdown, which has been exacerbated by the Covid-19 induced lockdown, will certainly lead to drastic reduction in the central and state revenues. The Centre and the state governments have already started the budget re-appropriation process by announcing to cut down on low-priority expenditure, such as Members of Parliament Local Area Development Scheme and staff salaries and allowances, and allocate funds for the emergency response. At this time of all-round financial crunch, some of the possible sources that the Narendra Modi government can tap right away to extend immediate support to urban local bodies are:

(i) The Ministry of Home Affairs has released Rs 11,092 crore State Disaster Response Fund (SDRF), which is the first instalment of the State Disaster Risk Management Fund (SDRMF) where total allocation for 2020-21 is Rs 28,983 crore. The state governments need to extend an appropriate share of this fund to urban local bodies that are at the frontline of battling the Covid-19 health disaster.

(ii) The 15th Finance Commission is yet to submit its final report for the period 2020-2025, which should recommend greater regular grant allocation for these urban local bodies to duly compensate their crisis response and recovery efforts.

(iii) Urgently implementing the long-overdue recommendation of the 13th Finance Commission to transfer a part of the profits of development authorities to local bodies in their respective areas.

(iv) Both the earlier Prime Minister’s National Relief Fund and the recently established ‘Prime Minister’s Citizen Assistance and Relief in Emergency Situations Fund (PM CARES Fund)’ for dealing with emergencies like Covid-19 have significant endowments. The information on these funds should be made public and a portion of it should be given to the most-affected states and local bodies in a transparent manner.

(v) In response to the demand from states, assistance has been included in the fifth tranche of the economic stimulus package as announced by Finance Minister Nirmala Sitharaman on 17 May, which confirmed release of the taxation devolution and revenue deficit grants to the states for 2020-21 in spite of the current financial crisis as well as state borrowing limit enhancement from 3 to 5 per cent of the Gross State Domestic Product (GSDP). A part of the increased reform linked borrowing of 0.25 per cent is earmarked for urban local bodies’ revenue matters. The Centre may devise further Covid-19 specific fiscal support for the states in the near future.

The Finance Minister’s fifth tranche of the economic stimulus package for states highlights the need for municipal revenue reforms. Therefore, the recommended immediate support has to be followed by serious rethinking on longer term measures for making urban local bodies financially more robust. Numerous valuable recommendations have been made, including in the 74th Constitutional Amendment Act, reforms-linked centrally sponsored programmes as well as in the reports of various expert committees and think tanks. However, these reforms have not yet been fully implemented.

Improving urban local bodies’ financial situation for post-Covid recovery and enabling them to become financially viable entities in the long run requires a deeper understanding of what the barriers to effective execution of urban governance reforms are and how they can be overcome. This requires wider political will and conviction.

The author is a Senior Visiting Fellow at the Centre for Policy Research, New Delhi. Views expressed are personal.