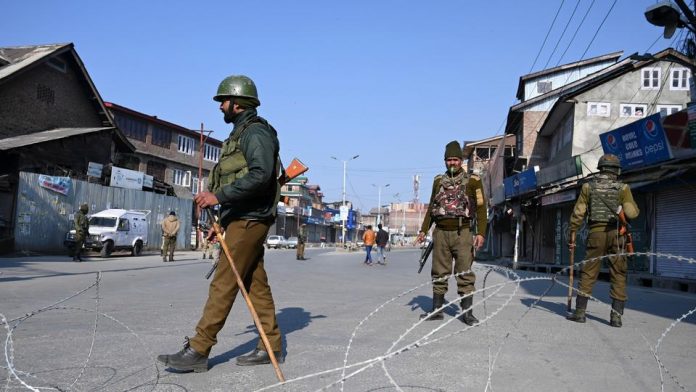 Shops and businesses shut in India-administered Kashmir on Sunday and authorities imposed a lockdown in some parts of the disputed region’s main city after pro-resistance groups called for a strike to mark the execution anniversary of a Kashmiri man who was convicted for an attack on Indian parliament.

Authorities put old parts of the city under lockdown, with major roads blocked by razor wire and barricades in anticipation of anti-India protests and possible violence. Public transport was largely off the roads.

Majority of Kashmiris, who have long demanded the region be given independence or allowed to merge with neighbouring Pakistan, were incensed when in 2013, Mohammad Afzal Guru was secretly hanged in a New Delhi jail on charges of being involved in a 2001 parliament attack that killed 14 people, including five gunmen.

India blamed the attack on the parliament of the world’s largest democracy on militants backed by Pakistan.

Islamabad denied any involvement and condemned the attack but tension rose sharply and brought the nuclear-armed rivals dangerously close to their fourth war. Nearly a million soldiers were mobilised on both sides of the border and fears of war only dissipated months later, in June 2002.

Guru was convicted of helping organise arms for the gunmen who made the attack and a place for them to stay. He always maintained his innocence and said that he was not given a fair trial.

India’s supreme court while handing out Guru’s death sentence had observed that “As is the case with most conspiracies, there is and could be no evidence amounting to criminal conspiracy.”

It added, “The incident, which resulted in heavy casualties, had shaken the entire nation, and the collective conscience of society will only be satisfied if capital punishment is awarded to the offender.”

Most people in Kashmir and several Indian human rights activists believe Guru was not given a fair trial. His covert execution and secret burial in India’s Tihar jail led to days of deadly anti-India protests in the Muslim-majority region, where anti-India sentiment runs deep.

Pro-resistance groups have also called for a strike on February 11 to mark the day in 1984 when pro-independence leader Mohammed Maqbool Butt was hanged in the same New Delhi jail after being convicted of killing an intelligence officer.

Anti-India groups demand that the two men’s remains, buried within the jail compound, be returned to the region where Kashmiris have reserved two empty graves for them.

Meanwhile, police on Saturday summoned two journalists for questioning in main Srinagar city for reporting about the strike call given by pro-independence Jammu-Kashmir Liberation Front.

“It has become a routine with police to summon journalists for their stories,” said Ishfaq Tantray, the club’s general-secretary. “It is an attempt by the law enforcement agencies to define new terms of journalism in Kashmir, what we should report and how we should report.”

Police in a statement said they registered a case against the pro-independence group for “attempts to incite violence and disturb law and order situation.”

India and Pakistan each claim the divided Himalayan territory of Kashmir in its entirety. Rebels have been fighting Indian control since 1989.

Most Kashmiris support the rebels’ demand that the territory be united either under Pakistani rule or as an independent country, while also participating in civilian street demonstrations against Indian control.

About 100,000 people have been killed in the uprising and the ensuing Indian crackdown.

A Pakistani police official said on Sunday that Indian soldiers fired at civilian areas along the highly militarised Line of Control that divides the disputed valley, killing one civilian and wounding five others in Pakistan-administered Kashmir.

Chaudhry Zulqarnain, a senior police officer in the area, said Indian troops fired mortars and small arms the previous evening at the Chaffar Kakuta village and surrounding areas in the Chirikot sector along the Line of Control.

He said the overnight shelling destroyed a house and that the slain civilian’s young daughter was among the wounded.

A Pakistani military statement called the firing an “unprovoked” violation of a 2003 ceasefire accord between India and Pakistan. The statement said Pakistani soldiers responded to the shooting “effectively.”

India and Pakistan have a long history of bitter relations over Kashmir since gaining independence from British colonial rule in 1947.

Tensions in Kashmir have been high since last August when Indian Prime Minister Narendra Modi’s Hindu nationalist-led government stripped the portion it administers of semi-autonomy and statehood.

India says the move is meant to develop the region. But Kashmiris say New Delhi plans to alter the demography of the region by settling outside Hindus in the Muslim-majority region.

Soldiers from the two nuclear-armed rivals regularly engage in cross-border shelling and firing along their de facto frontier.Source: TRTWorld and agencies 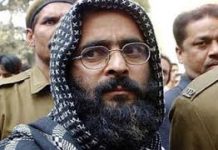