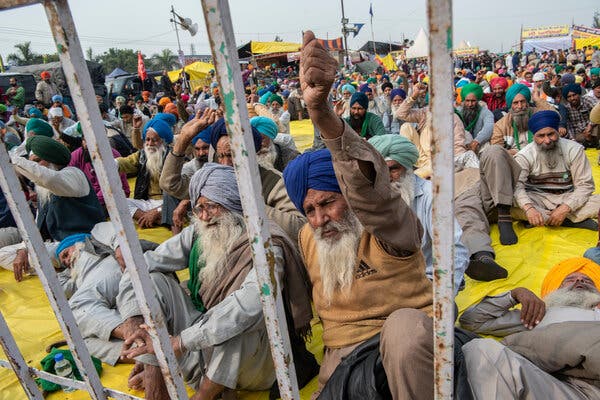 PAKISTAN routinely claims Allama Iqbal as a founding father and its national poet, but he died nine years before independence, and his intellectual domain was pre-Partition India.

The verse quoted above — translated by Victor Kiernan as: “Find the field whose harvest is no peasant’s daily bread/ Garner in the furnace every ripening ear of wheat!” — comes from the third poem in a trilogy inspired by Lenin and first published in Bal-i-Jibril (1935).

It resonates more than 85 years later in the context of the farmers’ rebellion that has rocked the Modi sarkar in recent months, and continues to pose a formidable challenge.

As India, like so many other countries, struggled to cope with the Covid-19 pandemic last year, Narendra Modi’s government picked September as the ideal month to capitalise on the crisis by rushing through parliament, without meaningful debate, three transformative laws pertinent to the agricultural sector, drawn up without any consultation with farmers.

Almost everyone agrees the sector is not in a happy place. It employs around half of the national workforce but accounts for less than a sixth of national GDP. Distressing reports of suicides among farmers unable to make ends meet have regularly been cropping up for decades.

The farmers deserve our solidarity.

But exposing farmers, who are already despondently vulnerable to the vagaries of the weather and gnawing consequences of climate change, to the vagaries of the free market is hardly a commendable solution. The prospective loss of the minimum price guarantee for their produce understandably propelled them into action right after the offending acts were legislated.

The scale of the vociferous response in Punjab and Haryana took the government by surprise. It has since toyed with every trick in the book in an effort to quell the rebellion, including by offering to suspend the implementation of the laws by 18 months. But the farmers saw through that ploy right away.

They also seem to be well aware of the fact that the possibility of higher returns in the short run, while corporations race to outbid their competitors, is bound to be followed, once monopolies or oligopolies have been established, by the Ambanis and Adanis or their ilk dictating the price of produce.

That’s what ‘liberalisation’, a key word in the neoliberal jargon, invariably entails. Then there’s ‘efficiency’. It cropped up — surprise, surprise — in a statement from the Biden administration issued through the US embassy in New Delhi, which “welcomed the steps that would improve the efficiency of India’s markets and attract greater private sector investment”, while “encouraging” the idea of differences being resolved “through dialogue”.

Similar condescending mealy-mouthedness is typical of institutions such as the IMF and World Bank but has also been echoed by India’s mainstream media, with leading newspapers extolling the deleterious laws while advising the government to properly explain them to the farmers.

Events took an unfortunate turn on Republic Day, Jan 26, when Delhi’s Red Fort was breached and there was violence on its outskirts, but there is plenty of circumstantial evidence that agents provocateurs were involved. A 25-year-old protesting farmer was killed on the day — according to his family and eyewitness accounts, Navreet Singh was shot before he tumbled and was crushed under his tractor.

Senior journalists who merely reported the account of the victim’s family have been charged with sedition. And when pop star Rihanna, reacting to reports that internet services had been cut off at the vast protest camps, posted a fairly innocuous tweet saying “Why aren’t we talking about this?”, she attracted a standing army of misogynist Sangh Parivar trolls.

When the Swedish environmentalist Greta Thunberg expressed her solidarity with the farmers shortly afterwards and offered a toolkit for activists, she encountered a similarly hostile barrage of invective. True to form, she doubled down on her resistance, and has since been burned in effigy on the streets of Delhi alongside the US vice president’s niece, Meena Harris, who compared the assault on “the world’s oldest democracy” with that on its “most populous democracy” and suggested: “We ALL should be outraged by India’s internet shutdown and paramilitary violence against farmer protesters.”

This isn’t ‘foreign interference’ but welcome expressions of solidarity. There’s no scope here, mind you, for Pakistan to take the high moral ground, given the intolerance of dissent that has abounded for decades. India has now co-opted and finessed it to a nauseating degree.

Ultimately, though, India’s future course de­­­pends on the critics within. Last weekend, the Associated Press quoted an 80-year-old far­­mer, Jhajjan Singh, as saying Modi “shou­­ld know that either he will remain or we will”. Should it come to that, I know which side I’m on. 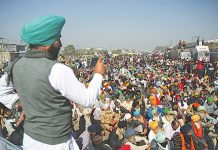 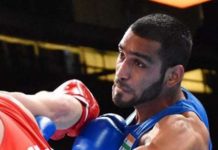 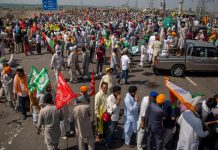