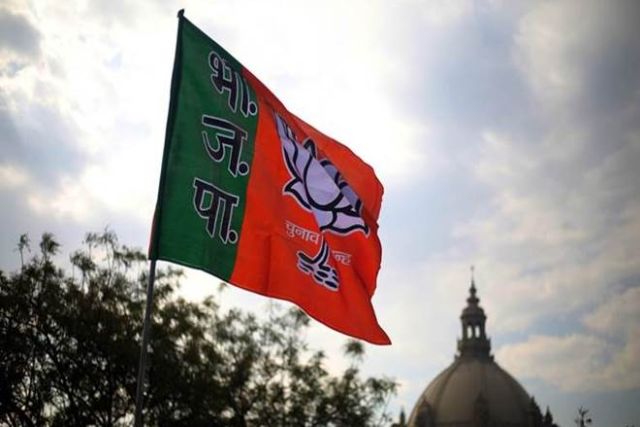 As Indians we have to make a choice whether we want the so called nationalist party or with the Indian as a nation where every Indian can hold their heads in high esteem and rally below the national flag.

No matter how much the BJP government is making pretensions about being a nationalist party, it is apparently clear that its policies are making India’s long-term prospects hostage to a party’s narrow and parochial interests.

Regional peace is being made hostage

The BJP’s policy of anti-Muslim, anti-Pakistan and anti-Kashmir, that is crucial for consolidating its Hindu vote bank in India, has is jeopardized the regional cooperation and India’s good neighborly policy is in disarray due to it.

As far as Afghanistan is concerned, India is not going send the IPKF to protect its interests. India’s Citizen Amendment Act (CAA) has shut its doors to Indian friends. The BJP government’s policy towards Afghanistan in long term has jeopardized India’s interests elsewhere as no group or specificities in future are going to believe in India’s bait. The BJP’s anti-Muslim anti-Islam policy is not going to befriend the Taliban who are waiting to capture power in Afghanistan.

The Islamists in Bangladesh are hauling at Hasina Wajid, who remains a silent spectator to the Islamophibia built in India. They are waiting to unseat her from power and speculation is being made that she may meet Shiekh Mujibur Rehman’s fate.

Maldives, the third Muslim country in South Asia apart from Afghanistan, Pakistan and Bangladesh is in a defiant mood towards India. Maldives has extended invitation to the Pakistan Army Chief for the reasons best known to the Indian establishments. This has definitely something to do with BJP government’s policy at the expense of India’s interests.

Nepal, the Hindu majority country is set to use Chinese ports to trade with other countries, ending its dependence on India. Srilanka, the Sinhala majority Buddhist country, is deeply in debt to China and the latter wants to build houses and roads in the north and east region of that country. Here majority Tamil and Muslims and they look towards India for their protection against the Sinhala majority. The BJP government cannot do anything against the Sinhala’s because it’s doing same against Muslims in India.

The media is asked to build the narrative that it is neighbors who are at fault being anti-India but the fact is it is BJP’s policy towards its neighbor for gaining Hindu votes that is compromising India’s interests in the region.

The BJP government’s anti-Muslim anti-Islam rebuke and slandering is anxiously watched by more than 55 Muslim-majority countries in the world. These nations are collectively known as the Muslim world.  Muslims are spread across the Middle East, North Africa region Central Asia, Southeast Asia, South Asia, Sub-Saharan Africa, and Asia-Oceania, Europe and North America constituting 24.1% of the world’ population. It is estimated Muslim’s global population is 1.8 billion and they contribute 8% of world’s nominal GDP.

The BJP’s anti-Muslim and anti -Islam policies to consolidate its Hindu vote bank has pitted India against the Muslim world. The way Muslim and Islam are being rebuked in India with the tacit support of the BJP government, makes the Muslim world understand India is into the game of clash of civilization.

It appears as if BJP wants to prevent India to reach out to Muslim nations and wants to develop the country without any assistance from the Muslim world.

The BJP’s anti-Muslim politics pose a reputational risk for Indians all over the world and particularly those in the gulf as they are tarred with anti-Muslim anti – Islam stereotypes. The so called India’s nationalist party has risked Indians abroad and has shamed the nation for its own aggrandizement.

Muslims in India are the largest minority religion. They make up 14 percent of the total population. India’s Muslims have played a seminal role in shaping the Indian society and culture. They have played a prominent role in India’s freedom struggle and after independence inspite of all injustices against them have been loyal to the Indian nation.

Even though the Constitution gives equal opportunity, Muslims face all round deprivation in the country. The main reason of it is a general environment of hostility against Muslims created in India for consolidating Hindu vote bank.

The history of Muslim deprivation goes back to the independence but the BJP government that has come to power in 2014, has accentuated the Muslim marginalization.

It all started with the BJP government’s tacit support to the cow vigilant and egging them to go for the mob lynching of the Muslims. The interference the government in the Muslim personal law with abrogation of triple talaq’ is seen as infringementofthe community’s privileges.

The BJP government by abrogation of article 370 and 35 A and making Jammu and Kashmir into two Union territories, took away the Muslim majority status of the restive state.

The anti-Muslim bias in the promulgation of the Citizenship Amendment Act are all part of the chain of events that the BJP government is pushing for its narrow interests at the expense of multi religious identity of India.

The same trend was glaringly visible that the BJP instead stitching the communities together to fight Covid-19 pandemic, fanned Hindu-Muslim communalism taking advantage of Corona- Muslim linkage.   The silence of the BJP government to the growing communalization of the society makes one wonder, how the charade of secularism is being played in India.

Here the question is the anti- Muslim policy of the BJP maybe useful for consolidating its power base, but such policy is definitely detrimental to the overall development of the country.  India cannot progress without Muslims progressing in India.

In the book ‘Denial and Deprivation: Indian Muslims after the Sachar Committee and Rangnath Mishra Commission Reports’ authored by Abdur Rahman, (Manohar 2019), I have argued that demonizing Muslims is a dangerous trend in India.

I have cautioned that those engaged in Muslim whistling and doing negative profiling of the Muslim image are doing disservice to the country.

Studies show that propaganda against Muslims can cause alienation among the largest minority community in India. It can lead to loss of belongings towards the country and may develop fissiparous tendencies among them. Such fissures can radicalize the Muslim youth and any dissent by a large size of population may not be easy to control.

So the BJP government’s short term gains of anti-Muslim propaganda is pushing the country to unmanageable propositions and such nefarious design have to be exposed because for its political gains it is jeopardizing the long term interests of the country.

I have offered some pointers to counter the current anti- Muslims situation in India. It is essential for the Muslim youths to stay focused on their life’s primary goals; education, employment career, business and social work etc.

The Muslim community should not get drawn into communal controversies and get trapped into the vicious narratives build around them; they should pool their time and resources in making strategies to counter the assaults made on them by the government and the media. They need to develop a roadmap for their political, social and economic betterment in India.

The Muslim youth should not to get driven by emotions and become hyper sensitive towards the controversial issues being often raked against them by the media. This is part and parcel of media’s sale strategy and an endorsement of the BJP government’s anti-Muslim policy.

In the book I have warned the Muslim youth to never think of any separatist course as such thinking can push the community further deep into the abyss and play into the hands of the inimical forces that wants to take them out of the national mainstream.

While facing all hostile situations, Indian Muslims should never allow developing any inferiority complex in them and with their heads high they should counter all such evil designs.

Muslim should refrain from engaging in nonproductive discussions to counter malicious campaign built against them and instead concentrate first to develop themselves as individuals and their families and then focus of the development of the community.

They need not to worry about the BJP because the larger Indians will take care of it once they realize that the so called nationalist party is fooling them at the expense of the national interests.

Syed Ali Mujtaba is a journalist based in Chennai. He can be contacted at syedalimujtaba2007@gmail.com