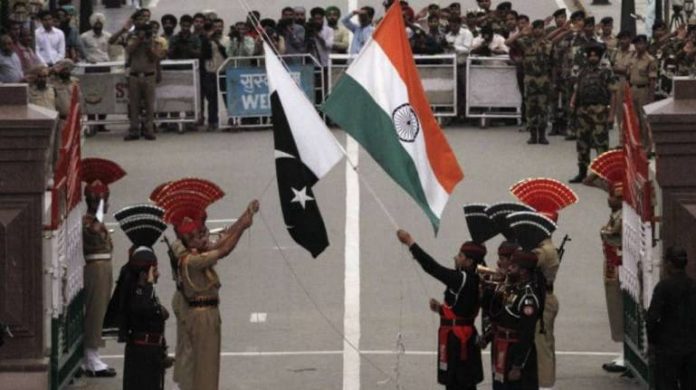 Within the space of five years, they have meticulously manipulated the Kashmir dispute in ways which few if any people foresaw. Now they have managed to negotiate a de-escalation along both fronts in Kashmir set alight by their brinkmanship.

India’s military standoff with China in the Ladakh region of Kashmir was never expected to last long, or even escalate into a shooting war. But nobody foresaw the sudden restoration last Thursday of a ceasefire agreement between Indian and Pakistani forces in Kashmir.

Starting with the so-called surgical strikes mounted against some of Pakistan’s forward bunkers along the Line of Control in 2016, Modi & Co Ltd has snatched the geopolitical initiative on Kashmir from Islamabad. I am convinced that their strategy was built upon the element of surprise.

Quite simply, Pakistan did not believe that India would cross its red lines because of the risk that it could spark an unwinnable war between the nuclear-armed nemeses.

Islamabad’s conclusion was justifiable: India’s military, while significantly bigger, is in no better a position to seize territory from Pakistan than it was when they first went to war in 1965.

And, of course, India has a far superior Chinese military to contend with.

This lulled Pakistan’s decision-makers into a false sense of security and they made one big mistake: they dismissed Modi’s pre-2014 election rhetoric as mere words.

So did most people outside of India.

Meanwhile, Modi and his Hindutva coterie were forging ahead with their plans to put India on the geopolitical map of the world like never before.

Correctly, they surmised that Pakistan’s response to surprise escalations would be defensive, not retaliatory.

Their calculations also took into account that Pakistan was beset with internal problems. It had only just defeated the Tehreek-e-Taliban Pakistan (TTP) in the northwestern tribal areas bordering Afghanistan. A decisive counterinsurgency operation in the restive Balochistan province was ongoing. And the civilian government and the military were engaged in a hugely divisive power struggle.

Plus the 2019 general elections in India were fast approaching and the Modi government’s approval ratings suggested that his Bharatiya Janata Party would struggle to gain a majority.

As soon as the opportunity presented itself, in the form of a suicide bombing that killed 40 Indian troops in Kashmir, Modi sent Indian warplanes to bomb a deactivated militant training camp located inside Pakistan.

In doing so, Modi achieved three objectives at the bargain basement price of the rickety MiG-21 Pakistan subsequently shot down, and cringe worthy videos of the captured India pilot praising his captors’ hospitality and the quality of tea they served him.

This little propaganda victory and the impression of air superiority lulled Pakistan into believing that the status quo in Kashmir would hold.

So the memes flowed and Pakistan soon switched focus back to the domestic political theatre.

Behind closed doors, however, Modi & Co had conveyed what India would do if Pakistan were to retaliate in kind: ballistic missiles were in play.

Within three years, India’s military posture had gone from reactionary to retaliatory to punitive to a warhead choice short of nuclear war.

Islamabad was still coming to terms with this when Modi sprung the gigantic shock by stripping Indian-administered Kashmir of its special constitutional status.

It is difficult to overstate the sheer audacity of this geopolitical gamble. Somehow, Modi and his closest aides managed to keep the plan a secret, and that, along with the overhanging threat of a ballistic missile response to any Pakistani military retaliation is what shaped Islamabad’s non-reaction.

Of course, Modi does not hold all the cards and, like all big-stack bullies, his tactics were only effective until a bigger shark, China, bared its teeth in Ladakh last summer.

Nonetheless, by simultaneously negotiating de-escalations along India’s disputed borders with China and Pakistan, Modi has built himself a nice offramp. For the time being, the arrangement suits all parties – except Kashmiris, who still have to contend with life in one of the world’s biggest open-air prisons.

China and the US have bigger fish to fry: each other.

Neither India nor Pakistan wants to become a frontline proxy for either great power.

India needs to focus on reviving its Covid-hit economy, as does Pakistan. Meanwhile, Islamabad awaits President Joe Biden’s decision on whether or not to pull out remaining US forces from Afghanistan by May, as agreed with the Taliban a year ago. Either way, the situation is complex and besieged by spoilers, including the TTP militants and Baloch rebels based in Afghanistan and their financiers, who notably, but not exclusively, include India.

The other elephant in the room is Iran. A political settlement in Afghanistan is practically unachievable without its support. It won’t be forthcoming unless Iran and the US agree on the terms of their re-engagement under the 2015 Joint Comprehensive Plan of Action.

Until those unknowns become known, India and Pakistan will remain in a holding pattern, limited to the tentative normalisation of their bilateral relationship.

We may see some bilateral meetings on the sidelines of multilateral confabs such as the Shanghai Cooperation Organisation, which has previously proven a useful forum for de-escalating tensions amongst members.

The Istanbul-based Heart of Asia track of the Afghan peace process is another platform where they will have to work together, despite being at cross purposes.

What comes after that?

It all depends on whether everybody in the neighbourhood can agree to shift the focus of their foreign policy from geopolitics to geo-economics, as recently declared by Pakistan.

I wouldn’t bet on it. It would require several minor miracles, not to mention an unprecedented geopolitical focus on connectivity in the midst of the pandemic.

The historical form book, meanwhile, suggests that India and Pakistan will clash again after a brief respite because Modi won’t budge on Kashmir – followed by another bout of detente.

However, stranger things have happened recently, among them the Abraham Accords and the invention of the Indo-Pacific strategic theatre.

And there are people like Modi at the table who are prepared to roll the dice. 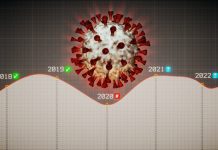 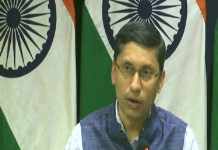 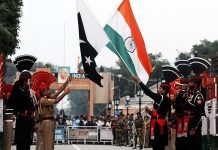 India likely to use force against Pakistan: US report