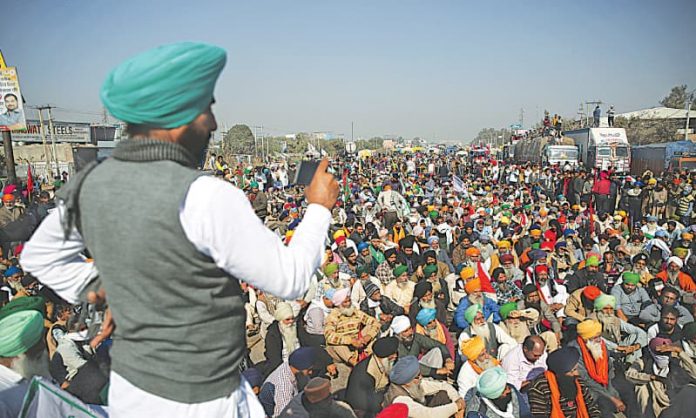 THE key elements of neoliberal policies — free market, minimal state intervention and flexible labour — hinge on a crucial principle which, according to Noam Chomsky, is “undermining mechanisms of social solidarity and mutual support and popular engagement in determining policy”. Yet, despite the crushing creed of neoliberalism that gives precedence to individual ‘freedom’ over collective agency, strong resistance to neoliberal hegemony is alive and kicking in the world.

One such voice you find at home is of the Anjuman-i-Mazarain Punjab where apparently ‘all is quiet’ since its general secretary Abdul Sattar Mehar was acquitted in September 2020 after four years of incarceration. The Anjuman’s struggle against corporatisation of farms is ongoing as successive governments have not granted them land ownership. It has been two decades since tenant-cultivators in Okara and the adjoining districts took control of the farms and stopped paying rent.

They keep tilling the fields, sow what they deem fit, eat what they harvest and sell the remaining crop to send their children to school, improve their dwellings and buy small assets. About 90 per cent of the dwellings in the villages have become ‘pukka’, says Aqila Naz of the Anjuman. Members of households pushed to wage labour have returned to the farms and the yields are enough to improve the lives of extended families. The last two years, though, have been hard due to lack of rains, increased input prices and Covid-19. But the autonomy gained is worth the hardship, says Aquila.

Similarly, in Latin America, the peasantry has collectively fought against neoliberal policies which jeopardised livelihoods of the rural populace and led to land corporatisation, social marginalisation and ecological destruction. There are thousands of peasant movements — collectives, associations, unions, forums, networks — at the local level, defending sustainable agriculture, small farm holdings and farmers’ autonomy.

Across the border, tens of thousands of Indian farmers — men, women, youth, elderly — are challenging the recently promulgated neoliberal laws that are to allow corporatisation through contract farming, end state intervention through dismantling minimum support price and strip accountability through blocking citizens’ right to legal recourse against powerful actors. Unlike Pakistan where land ownership is highly skewed, in India 68.2pc of cultivated land is owned by 95.1pc of farmers who own landholdings in the categories of marginal, small, and semi-medium (from 2.5 up to 10 acres) and 31.8pc of cultivated land is owned by 4.9pc farmers with medium and large landholdings (up to 25 acres or more). However, nearly 86pc of farmers cultivate less than five acres. Despite land ownership, farming is increasingly unsustainable due to rising costs of inputs which push farmers towards indebtedness. While complex factors lie behind every input cost, the most painful story is that of seeds farmers have to purchase from Monsanto. According to a study, Monsanto owns 90pc of seeds that are in use in India. Various researches link farmers’ suicides in India to seed debts owed to Monsanto and debts to arhatiyas or middlemen accumulated over purchase of other inputs.

Amidst this grim scenario of neoliberal individual entrepreneurship and free market, where ‘freedom’, says Chomsky, means “a subordination to the decisions of concentrated, unaccountable, private power”, collective agency appears to be the only hope. Though agriculture in India is largely unorganised, 5pc of its work force is union-affiliated. Add to it hundreds of diverse associations, groups and fronts active in rural India and you have the basic ground to initiate a struggle. The movement has emerged from Punjab and Haryana where farmers are relatively better off. One of the reasons is they are able to sell their produce — wheat and rice — at minimum support price. As the laws are meant to dismantle local markets, arhatiyas are a partner in the movement.

It has been more than three months since thousands of farmers have camped around Delhi to resist the laws which, they believe, if not repealed would drastically change their lives and livelihood. The struggle is being led by a collective of 40 farmers’ organisations connected with over 500 national farm and workers’ unions.

What is sustaining the struggle, aside from determination, grit and courage to confront the state, is strategic organisation and logistics of keeping this rotating mass of humanity well protected under the sky. A committee coordinates various tasks including media briefings and negotiations with the government, assisted by four lawyers. Though only time will show the outcome of this bold resistance to neoliberal ascendancy, it proves collective agency of people has the potential to turn the tide in their favour. 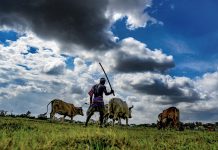 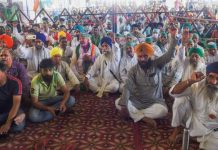 Farmers announce ‘Parliament March’ in first fortnight of May 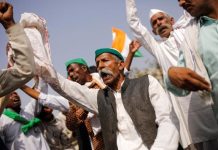