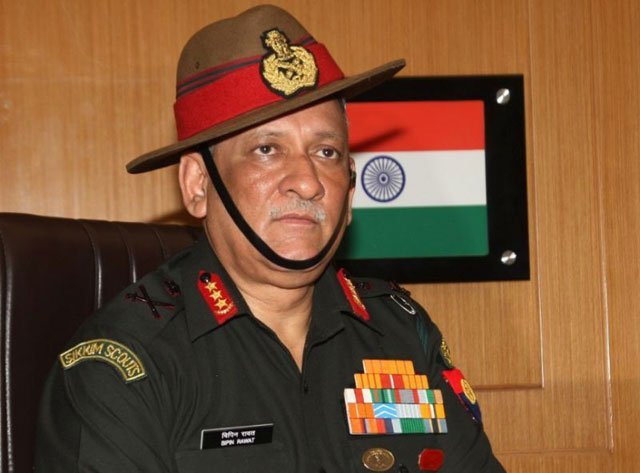 India is concerned about a vacuum developing in Afghanistan following the proposed withdrawal of United States and NATO forces from the country, the chief of the defence staff said on Thursday.

General Bipin Rawat told a security conference that the worry was “disruptors” would step into the space created by the withdrawal of foreign troops from Afghanistan. He declined to name the countries that could act as spoilers.

President Joe Biden said on Wednesday that US troops would withdraw from Afghanistan starting on May 1 to end America’s longest war, rejecting calls for them to stay to ensure a peaceful resolution to that nation’s grinding internal conflict.

“Our concern is that the vacuum that will be created by the withdrawal of the United States and NATO should not create space for disruptors,” Rawat said.

India’s big worry is that instability in Afghanistan could spill over into Indian Occupied Jammu and Kashmir (IIOJK) where it has been suppressing a freedom movement for three decades.

It is also concerned that Pakistan will gain a bigger hand in Afghanistan because of its long-standing ties with the Taliban, who are expected to play a dominant role once the United States leaves.

“There are many people looking for an opportunity to walk into the space being created,” Rawat said.

India invested $3 billion in Afghanistan on roads, power stations and even built its parliament following the ousting of the Taliban in 2001.

Rawat said India would be happy to provide more support to Afghanistan so long as peace can return.

Biden said that US objectives in Afghanistan had become “increasingly unclear” over the past decade.