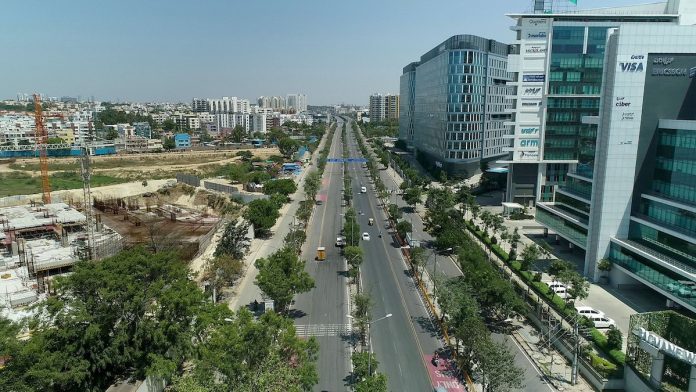 As millions of Indians work from home due to the coronavirus lockdown announced by Prime Minister Narendra Modi, we now have an opportunity to re-imagine our model of urbanisation when the pandemic ends. For that, India must stop aping Western cities’ models from a century ago.

Not just reconfiguring our cities, the demonstrated work-from-home template underway because of the Covid-19 crisis also makes it possible to retool India’s battle against climate change and improve workforce diversity in a transformational way.

On Sunday, Modi said in a blog that the last few weeks of work-from-home compels us to think of new models for a post-pandemic, low-touch world, and adapt to new “business and lifestyle models” that benefit the poor and the planet.

We must upend old notions of how cities are built.

A new model for a new India

India’s rapid march to urbanisation has been called the ‘biggest human migration’. According to a McKinsey Global Institute report, more than 600 million Indians will live in crowded cities by 2030. But the writing on the wall is clear: We are not ready. Not with creaking infrastructure of roads, public transport, water, power and sanitation.

Urban settlements expert Aromar Revi once told me that India is where America was in the late 19th century in terms of urban transition. However,  it would be a dumb mistake now to reinvent the wheel and blindly follow the model of building big American cities, which took place a century ago amid massive farm-to-factory migration.

There are two ways in which India differs. India’s massive urbanisation is occurring in the Information Age of gig economies. And India’s rural-urban migration also follows a different trajectory. It isn’t just a linear village-to-city movement like that of the West.

It is a process that includes movement of poor people from villages to small boomtowns nearby (or kasba); sometimes it is also circular where migrants finish temporary construction work and return to their villages. It is the upper caste, well-to-do villagers who end up going to big cities, often staying on the fringes. Even the educated youth who migrate to cities for urban office jobs work and live in the suburbs.

Given these patterns, building large Western-style cities with central business districts that entail long commutes, congestions and carbon emissions may no longer be the best idea. India doesn’t need to push all its investments into such over-crowded gas-guzzling cities.

India’s coronavirus lockdown experience with work-from-home should be considered as building blocks for a new kind of urbanisation — where urban development and businesses can be dispersed and need not be concentrated. Cellphones, broad-band Internet and renewable energy can help us plan for “decentralized urban growth without moving big numbers to the big cities”, said Revi. Work-from-home is a key ingredient of spreading out urbanisation dividends.

Work-from-home will also give Indian cities the breathing space they desperately require. Literally. And also boost the climate change battle by lowering emissions. Imagine the amount of industrial-size air-conditioning resources (both money and fossil fuel-generated electricity) that won’t be needed to cool Gurgaon’s glass-fronted high-rise office buildings in summer. And what it would do to the quality of the city’s air if you can partly do away with the drive to Delhi’s downtown office district. Work-from-home can go beyond what Chief Minister Arvind Kejriwal’s odd-even rationing does for Delhi’s air.

The government can offer tax incentives to employers who allow their staff to work from home – either some people or on some days of the week. The temptation to rent large, fancy office spaces at skyrocketing prices can be overcome.

The home can be reimagined as a place for climate mitigation, with rooftop solar panels. Yes, people will use air conditioning at home, but it will still not be as big a drain as giant light and air conditioning systems that run all day in offices.

For long, work-from-home and flexible shifts used to be HR catchwords for mothers returning to work. But the bulk of Indian employers never warmed up to that idea anyway.

Perhaps the most important social benefit of remote working is that Indian workforce can not only accommodate women who had to quit full-time jobs after marriage and motherhood, but will finally be able to embrace real diversity. More people with disability, across class and caste and even the elderly, can now be gainfully employed from home

To make work-from-home economically, socially, spatially and ecologically viable, some key interventions must be made. Women and children must have easier access to police and helplines. Recent data shows a rise in domestic abuse.

Mental health counselling must also be made available because solitary workers may feel disengaged and demoralised.

Employers must shed their distrust and remote employees must develop a better work ethic and reporting mechanisms.

As Modi wrote: “Efficiency cannot only be about how much time was spent in the office. We should perhaps think of models where productivity and efficiency matter more than appearance of effort.”

A lot has been written about how the coronavirus pandemic will be used by governments to take away civil rights, freedoms and privacy. But work-from-home is one fallout that seeks to expand climate and representation rights in a post-pandemic world. In fact, decongested cities should be made a goal after a pandemic like Covid-19. That would be the real smart city.