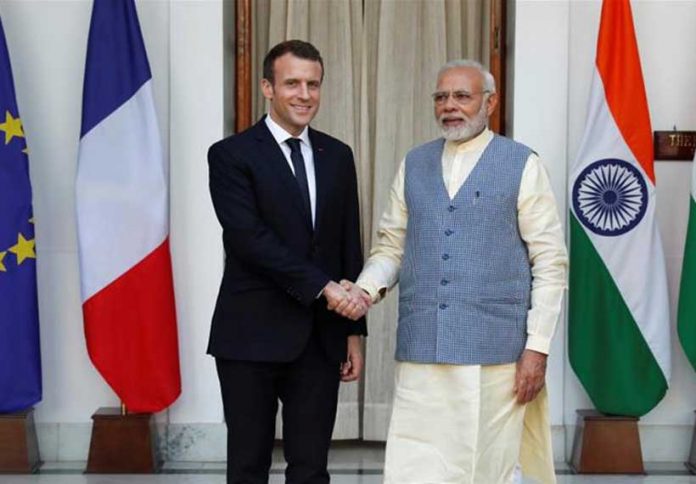 India is rapidly increasing its weapons capability in order to threaten and coerce Pakistan so that latter could submit to India’s hegemonic designs. Such hegemonic aspirations not only threaten South Asia’s regional equilibrium but also take entire region to the brink of nuclear brinkmanship. Some of the Western countries are eager to sell their weaponry to India and in particular, France has taken the weapons sale to an entire new level by selling nuclear-capable fighter jets to India. This is unprecedented from a Western country which is also signatory to the Nuclear Nonproliferation Regime (NPT). Selling of such weapons to Modi regime is worrisome not just for South Asia but entire global peace and security.

One of the major contributors to Indian arms buildup is France, which has provided technologically advanced conventional and strategic weaponry to India. India largely depends on foreign assistance to acquire weapons and over the period of a decade, Indo-French defense cooperation has strengthened. It is because both countries have convergence of interests when it comes to strategic policy in the Indo-Pacific region. However, this convergence is destabilizing the South Asian region, and contributing to security challenges for Pakistan.

Indo-French strategic partnership mainly spans in the fields of defense, nuclear and space. In the first week of January 2021, India and France held their annual strategic dialogue, led by Indian National Security Advisor Ajit Doval and Diplomatic Advisor to French President Emmanuel Bonne. It is interesting to see that France is not only following Indian footprints in the Indo-Pacific region but it’s also been vocal about India’s entry into Nuclear Suppliers Group (NSG), a global body which controls global nuclear commerce. France is also at forefront regarding India’s seat at high tables of UN Security Council.

This is ironic and disappointing in the sense as to how a member of civilized world community like France neglects Indian atrocities in the Indian illegally Occupied Jammu and Kashmir (IIJO&K). Indian atrocities in occupied Kashmir are no more a secret. Entire world community condemned PM Modi’s illegal annexation of disputed territory. France reaction was awful to the core. Instead of mediatory role, France called Kashmir as India- Pakistan bilateral issue. France put a blind eye on number of UN Resolutions which clearly state Kashmir as a disputed territory. India has violated those resolutions, but irony lies in the fact that France wants India to be part of very prestigious body whose resolutions means nothing for it.
India’s relationship with France is not confined to one domain of defense; rather it includes energy cooperation, cyber security, space exploration and other areas of strategic convergence. Their strategic partnership also focuses on bilateral cooperation in combating terrorism. It is ironic to note their selective choosing of terrorism. France remains oblivious to India’s state sponsored terrorism in Pakistan and persecution of Kashmiri Muslims. France’s silence on such matters not only put a question mark on its global standing but also shows how countries like France lose moral grounds just for the sake of some economic incentives. This moral bankruptcy is unimaginable and condemnable.

South Asia is a fragile region. Massive arms import and weaponization of India has direct ramification for Pakistan’s security calculous. In order to match increasing conventional superiority with India, Pakistan may be compelled to participate in arms race fueled by countries like France. France’s defense industry and its strategic collaboration with Indian defense firms also pose a serious threat of technological reverse engineering. At the same time, there is no clear indication of end user agreement on French weapons in India. Whether there would be any end-user agreement is yet another question.

There’s no second thought that, France is actively fueling India – Pakistan arms race. India has been buying arms and ammunitions for decades and remains the world’s topmost importers for last many years. Indian imports of weapons from France have risen by 75%, making latter the third largest supplier of arms to India in last 5 years. France is exporting weapon systems to India, which are not only conventional but also have strategic implications. The application of such weapon systems also varies from air to land to sea. This clearly signifies that France is destabilizing the region.

The Indo-French Strategic Partnership is being deepened at the expense of regional balance of of power in South Asia. The already fragile strategic stability in South Asia is under assault from France’s massive arms transfer to a revisionist India. French sale of sophisticated military technology to India, at this scale, is further deteriorating the regional stability and eroding global norms and rules. There must be an end to this frenzy which is being run in the name of “strategic partnership”. France needs to realize the severity of the situation created by its weapons sale to an aggressor before it gets too late. 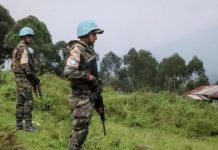 Drawing the right lessons after India’s 2019 brinkmanship with Pakistan 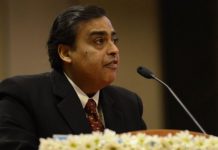 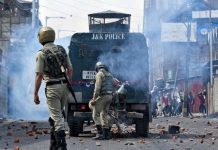 The UN’s concerns about IIOJK are valid