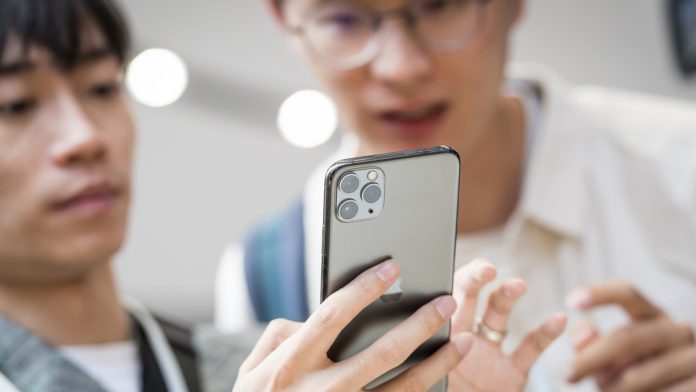 If you purchased an iPhone 11 recently, chances are that you have in your hands a smartphone assembled in India. After over a year of speculation on whether or not Apple will assemble its top-of-the-line product from a factory in India, news emerged last week that the iPhone 11 has indeed been “Made in India” at its contract manufacturer Foxconn’s plant near Chennai. This is good news that the Narendra Modi government can well claim as a success. But it’s important to understand why it is good news and what kind of a success it is, to ensure that new government policies do not undermine this achievement.

A vote on India’s ability

First, why is it good news? Although other smartphone manufacturers have been assembling advanced models in the country over the past couple of years, Apple’s move is a vote of confidence that India is ready and competitive for high-end electronics manufacturing. If things go well — and the government has an important role to play in this — Apple’s main manufacturing partners could expand their presence in India, employing tens of thousands of people, and growing the ecosystem that can support millions of livelihoods. That in turn can raise not only productivity, but also offer much higher quality workplaces and living conditions for India’s factory workers. As the world’s manufacturing companies look for alternatives to their high-risk China-dependent supply chains, Apple’s decision to assemble the iPhone 11 locally makes India’s candidature a lot more credible.

Also read: Avoid that sink(ing) feeling before you do the dishes. Dishwasher is the new washing machine

India breaks the triangle of dependency

So why is it a success? Because India has finally broken what has been called a “triangle of dependency” formed by Apple, Foxconn and China. As The Wall Street Journal reported earlier this year, “Apple grew to depend on Foxconn to make devices and Chinese consumers to buy them. Foxconn built its business by leaning on China’s vast workforce and control over land to construct factories. And China became beholden to Foxconn as the nation’s largest private-sector employer and Apple as a trainer of new technology suppliers.” This led to a sort of equilibrium that Apple was reluctant to disturb — few other countries could offer hundreds of thousands of skilled workers that are employed at a single Foxconn campus, and moving production out of China risked incurring Beijing’s wrath.

Things would have continued in this manner had the Donald Trump administration not imposed tariffs on imports from China, setting off a trade war in 2018. Then came the Covid-19 pandemic that not only caused production disruptions due to lockdowns in China, but jolted the world’s manufacturers into realising their China-addiction. Some of them could move production to other East Asian countries like Vietnam or locations like Mexico that are closer to their main markets. But by far, the only country that can offer a scale comparable to China’s is India — but India, as we know, has long had problems of its own making in attracting big factories.

It is likely that the Modi government’s stick-and-carrot policy was one of the factors that swung Apple’s decision. Assembling the iPhone 11 in India would not only avoid the 22 per cent import duty on sales but also help comply with the local sourcing requirements for opening Apple retail stores in the country. Foxconn is likely to be a beneficiary of the Modi government’s Rs 50,000 crore incentive scheme to attract high-tech manufacturers to set up shops in India. With Chinese brands facing greater government scrutiny and popular backlash, this is a good time for Apple to expand in the world’s second-largest smartphone market. Given that Wistron, Apple’s another manufacturing partner, has made iPhone SE, 6s and 7s at its Bengaluru plant for the past three years, the decision to manufacture the latest models in India was an incremental step.

Why it’s an early celebration

Even as India celebrates this success, it is important to take the right message away from it. Apple’s decision reflects India’s economic strengths and the government’s commitment to exploiting that potential. But no, the iPhone 11 will not be “made in India” any more than the previous iPhones were “made in China.” The links to “Atmanirbhar” are more in the spirit of it rather than in substance. And no, higher import tariffs are not likely to help attract more manufacturing investments into the country.

The iPhone is ultimately a symbol of globalisation and interconnectedness, not of any country’s self-reliance or self-sufficiency. Although assembled in China or India, its main components are sourced from over a dozen countries, using parts made in yet more countries that in turn use raw materials from a lot of other countries. The list grows if we include software and apps. You cannot assemble an iPhone if you have import tariffs on its components. You cannot sell iPhones to other countries if they, in turn, impose import tariffs in response to yours. That is the reason why India should compete on its numerous comparative economic advantages, and not rely on tariff barriers.

So, although high import tariffs might have helped nudge Apple to shift its assembly to India, they can restrict the company’s success, profit margins and growth in the country. As Arvind Panagariya, former vice-chairman of Niti Aayog, recommends, India must drop tariffs to 7 per cent on all items and join the Regional Comprehensive Economic Partnership, an Indo-Pacific trading bloc that will connect India deeply with the high-tech ecosystem that Apple and its partners rely on.

Finally, it should be hoped that the Modi government’s economic managers are alive to the reasons why India’s previous attempt to set up a mobile phone manufacturing cluster in the Chennai area ran aground. It takes the hard work of many government departments and officials to persuade a company such as Apple to make in India. It only takes the tax department to do the opposite.

Nitin Pai is the director of the Takshashila Institution, an independent centre for research and education in public policy. 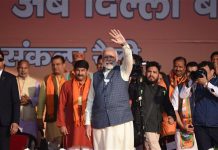