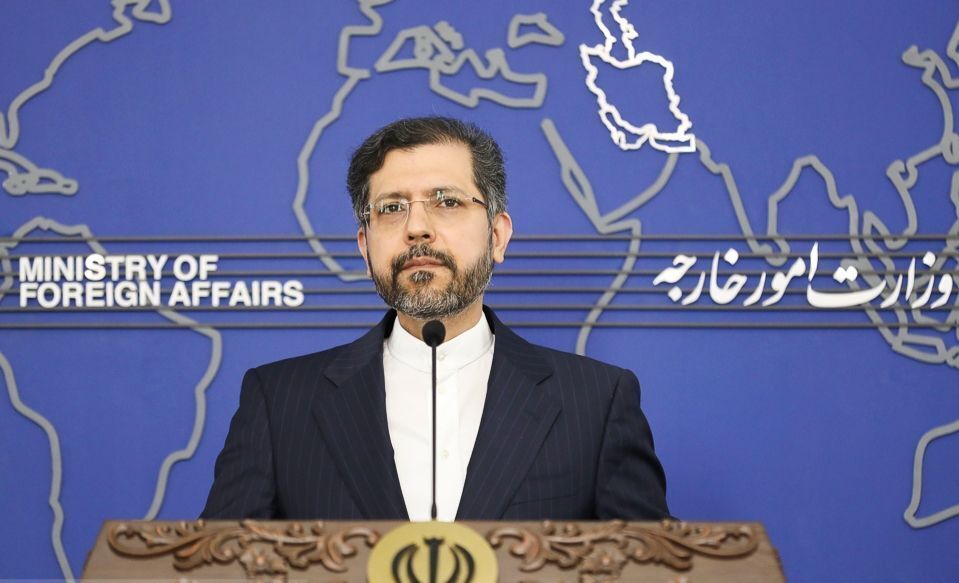 Foreign Minister Spokesman said that Iran continues to move along the diplomatic path and this train hasn’t yet derailed.

Asked about the state of play in negotiations to remove sanctions against Iran, Saeed Khatibzadehsaid during his weekly press conference on Monday that the United States’ double standard policy has been obvious to everyone and Iran would listen to the Americans only if they were willing to make up for former President Donald Trump’s mistakes.

But the current US administration’s behavior follows the same failed Trump policies against Iran, the spokesman added.

He noted that the current situation with the Joint Comprehensive Plan of Action (JCPOA) is caused by the US withdrawal from the deal and its adoption of the so-called maximum pressure which led to “abject failure” in their own words.

The diplomat advised the US to return immediately to the path of re-joining the JCPOA, as Iran was ready for a good, sustainable deal.

Asked about Iran’s proposal to the US before the adoption of the anti-Iran resolution in the International Atomic Energy Agency (IAEA) Board of Governors, Khatibzadeh said that Tehran made every effort to pave the way for the deal before the adoption.

Israel says it will test bullet that killed...