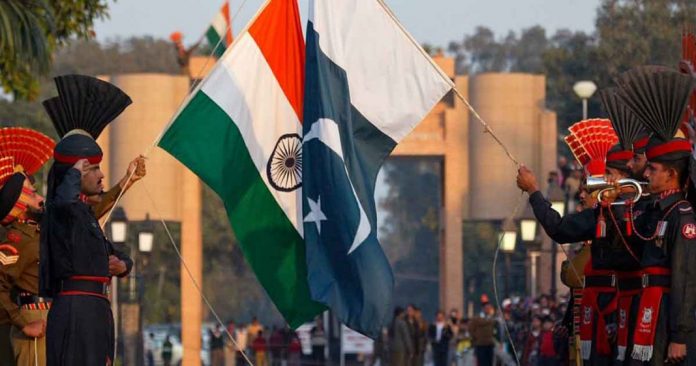 As Track-2 between Pakistan and Indian is underway, the engagement in itself is an unprecedented move given the high-level tension that existed since the August 05 annexation of IOK by Delhi.

Army Chief Gen Qamar Bajwa has been quoted to have said that Pakistan is seeking “strategic pause” through dialogue encompassing some degree of changes in the situation in IOK.

But will the Track-2 dialogue with India lead to a change in Delhi’s policy towards Pakistan? Or have we have gone soft on India to the detriment of Pakistani interest? These are the real questions.

The dialogue will lead to a mere change in rhetorics, not in actual India’s Pakistan policy. India’s domestic and regional circumstances have changed. And the US has some pressure on both countries to play a role in Afghanistan by keeping a lid on India-Pakistan’s low-level conflict so as it does not spiral out of control playing out in post-US Afghanistan.

But the Biden administration’s India policy is structurally the same, vis a vis India, in the context of Delhi’s China-specific role Washington is seeking – since Beijing has been anointed as a “strategic challenge”– and was being pursued by Trump Admin.

However, when it comes to Pakistan, India’s policy is well entrenched and is beyond the tactical level normalization that Islamabad may wish to get. Here is a guide that shows Indian intentions are everything but peaceful.

India’s extended policy
Only two weeks prior to the Quetta blast–targeting the Chinese delegation led by Chinese Ambassador– Afghan NSA and NDS Chief were threatening Pakistan while in New Delhi.

The main focus was how to shore up the Afghan government in the face of imminent US and NATO withdrawal, and secondly, to protect the expanded clout of India in Afghanistan.

The theme both countries converged on last week was bluntly articulated by Afghan President Ashraf Ghani when he said Pakistan has to choose between war and peace.

Thus this policy of threatening Pakistan through the Kabul government is actually the extended policy of India, put forth through its proxy regime, in other words.

Coupled with diminishing leverage on the Taliban– that was the outcome the USA eyed-it trapped Pakistan, and we did get trapped.

Islamabad has a long list of enemies in the region with not one friend. It is about to see an ominous prospect for peace in Afghanistan and a civil war scenario with India playing as a sponsor of the regime.

Letting Kashmiris down
With behind the scene diplomacy with India, Pakistan would hope for a genuine change in India’s Kashmir policy. Except for some back and forth on easing life for Kashmiris in post-August 05 strict restrictive environments, we would be kidding ourselves to expect any strategic movement on the status of IOK.

But the cost for this engagement is already enormous and still accruing as we have lost the trust of Kashmiris to who once we promised the moon and raised their expectations to unrealistic heights.

Also, we have paid a price by losing the support of our own right-wing which has resulted in another big loss–limiting our leverages with Kashmiri freedom fighters, to teach India lessons if needed.

We have done this engagement at the cost of internal peace as many constituencies are discontent and others are confused.

Squeezed out of diplomatic space
The fact that we use UAE’s good office for talks with Dehli underlines the successful diplomatic foray of India into looping UAE other GCC countries, including KSA and Bahrain, with its maritime foothold i.e. port.

Secondly, the recently heavy-handed approach of Saudi Arabian asking for the return of loans when Covid-19 had hit Pakistan very badly, is also symptomatic of another problem: KSA has hyphenated Pakistan with its India policy and as a result started to look upon Pakistani interests (E. g, Kashmir argument, labor, and energy need) from Delhi lense, courtesy of India’s “West Asia policy.”

Pakistan is still struggling to get off of the greylist, thanks to India’s formidable diplomatic reach. Islamabad has paid a huge price for being in the greylist. To avoid being blacklisted, it stifled economic activity which angered the business community. After meeting almost all demands of FATF, it may still be on the Grey list by the end of the year.

This trend will increase when after the US withdrawal, India will be the net security provider in terms of capacity building i.e. training of Afghan security forces hence providing space to Pakistan-centric militants sanctuaries.

Also, many Pakistan militants, who used to be leverage in IOK, have gone rogue and sought shelter in Afghanistan. This, as a result, will have a “reverse strategic depth” against Pakistan on Delhi’s watch.

Given the Indian intentions and the evidence of history, India is not actually engaging in the track 2 peace talks–Delhi is actually using this track 2 engagement to find the soft belly of Pakistan for final blows to the latter’s repute and integrity.

Warning signs for Pakistan
India’s short-term irritation with the Biden administration giving less attention to it in DC after the loss of Trump is another motivation.

It needs to show by its statements in the region, its eagerness of facilitation in Afghanistan when Washington is going to leave Kabul that it wants to reduce tension with Pakistan.

But the larger picture of US-India relations is becoming a threat to Pakistan as Indian policymakers are increasingly convinced to revise their “strategic autonomy” and make the US the main security donor (like Japan and Australia) after a long term border dispute with China, growing national power differential and other related factors.

On its part, the US in its recently declassified “U.S. Framework for the Indo-Pacific” assured Dehli that the administration sought to “accelerate India’s rise and capacity to serve as a net provider of security,” and “solidify an enduring strategic partnership with India.”

What that effectively means is Washington wants to install India as a regional policeman hence Islamabad should be prepared for a new level of coercion never seen before.

This implies that trusting India–believing in peace with India–is not an option for Pakistan and waking up to this reality at the earliest is the best thing to do.

What should we do?

Raise the cost for India to blunt its hybrid war Pakistan has to fight on its soil and now in Afghanistan.
Reduce vulnerabilities and seal fault lines to deny an opportunity for manipulation.
Restore leverage of Kashmir-focused groups who have been disbanded and pushed out into Afghanistan to appease India in the past.
Modi is vulnerable for the first time due to spreading covid-19 should be engaged through hybrid strategy in his home ground.
Reorienting GCC back towards Pakistani interest means we need to deny space to India’s soft power and limit maximization.

In a nutshell, our response to India shall not be limited to the executioners – it shall be in a form that India feels the thrill in the spine – to know that fiddling with peace in Pakistan is not cost-effective for Delhi.

Any expectations that embryonic talks (Track-2) will alter the trajectory of India-Pakistan relations and change the security environment of the region, is a long stretch. On the other hand, managing skepticism and mistrust in the country is an uphill task.

Without a structure, a platform, the most we can expect out of this Track-2 between India and Pakistan is forestalling a degree of escalatory options, managing tension, and reducing some mistrust.

As we enter into the next phase of Afghanistan and CPEC, we are facing a dire need to protect our development from India’s hybrid war. So nuanced understanding of the constant drivers’ of Delhi’s Pakistan policy is very important.

The bottom line is from strategic, practical, and domestic viewpoints, the normalization of relations will unlikely result in a substantive change in Indian behavior towards Pakistan. And if history is anything, whichever Pakistani leader who has bent over to appease India has bitten the dust.