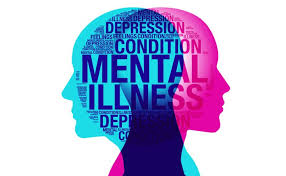 Talk about mental health has been going around for a while on nearly all platforms ranging from print media to social media. It started with the psychological challenges that one could face during the Corona lockdown and took a new turn after a famous Bollywood actor Sushant Singh Rajput committed suicide. The reason which shocked a large part of the population was not just suicide, but the person who committed it and the  mysterious condition under which suicide took place. This reaction also brought forth our ignorance towards mental health and related issues. Everyone was looking for reasons as to why a person with promising career, fame and money would commit suicide? Although, it was hinted in the investigation that he was clinically depressed which could have lead to this person taking this extreme step but still it was difficult for people to come to terms with the fact that depression actually is a reality, that mental illness is as real as any other health problem.This incident stirred many debates and reactions all over the internet. Suicide and mental health became the talk of the town and everywhere on social media  people shared posts and videos related to mental health and suicides. There were few posts and videos, where some Muslims started giving fatwas about suicide relating it to hell fire, faithlessness and asking people who suffer from mental illness to recite some dua and increase their Iman. These judgments about faith and  and downplaying mental health is a usual response that from a fraction of Muslims in our society. In the beginning Corona also got the same response from some of these Maulanas. This response raises a very fundamental question, does Islam also shares the same view in this case?

The best way to know, will be looking at Quran for the answers. How Quran talks about anguish, sadness, depression and suicide? Does Quran also rebukes and passes judgement about the faith of those who are suffering, in despair and feel anguished?

Quranic response is actually quite opposite to the usual response given by some Muslims. Quranic way is of empathy and consoling rather than of rebuking and judgement.

Quran in Surah Yousuf,  verse 84 mentions about the grief and anguish of Prophet Yaqoob for Yousuf , that it reached a level that he turned blind. This verse is not talking about a faithless person but a prophet of God. Nowhere in Quran we find Allah rebuking Yaqoob for his condition but rather consoles him.There are many other instances where Allah consoles Prophet Muhammed when his heart gets constraint by the way the people of Mecca reacted to his message. Similarly, in the case of Maryam, no where we see that Allah mentions that since you lack faith, that’s why you are suffering or in pain. Quran calls these as realties of our life that is ordained by Allah. Religion or faith may provide a way to cope but it can’t prevent or protect us from suffering, anguish etc.

There is no doubt Islam forbids killing any innocent lives , involving your own selves. It’s not permissible to violate the rights of anyone including your own selves, that’s why even self harm is not allowed unless for a greater good. The ruling about suicide being forbidden is derived from the verse 29 of chapter 4, where in one part of the verse, Allah asks the believers to not kill yourselves. Most of the interpretations agrees with the fact that this verse prohibits suicide.

It’s not only Islam that makes such an appeal, but even a psychologists would stop you from taking such an extreme step that can’t be reversed. But does Quran also says that, the one who commits suicide is not a Muslim or will burn in hellfire and witness the wrath of Allah?

The answer, is again a negation. There is not a single verse in entire Quran that says, one who commits suicide will go to hell or is not a Muslim. On the other side the verse that forbids suicide ends with the phrase “Allah is to you ever Merciful”. Rebuking someone who has committed suicide and passing judgments about  the faith of those who are in despair and depressed also goes against the teaching of Islam. Like Quran prohibits suicide, it also asks Muslims to not make judgements and respect the privacy of a person. Unfortunately, as soon  as the news of some one committing suicide or being depressed comes into public domain we start passing judgements about their faith, about their Akhirat which no one except Allah knows as per Islamic teachings. Suicide is a private matter and from the point of Islamic ethics  we have no right to make personal comment and judgements about him/her.

Islam teaches us to ponder and reflect on every event that takes place in surrounding.The increase in the suicides and mental illness gives a clear indication that society as collective has failed to address this very sensitive issue in a proper way. So, rather than making judgements, and abuses  we should make our spaces more open, create a culture of openness, make possible arrangements so that we can spread awareness about mental health and let the experts in this field do the talking.