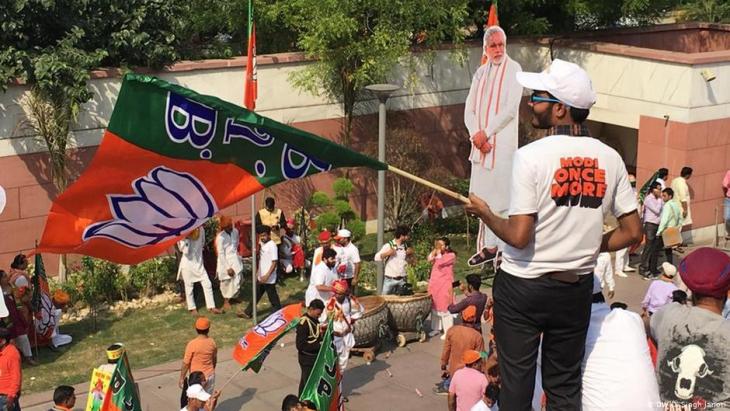 IN the past decade or so right-wing populism swept the world — in Trump’s America, Modi’s India, Johnson’s Britain, Bolsonaro’s Brazil, Orbán’s Hungary and elsewhere in Eastern Europe.

But Boris Johnson’s humiliating downfall, Marine le Pen’s defeat in France and Trump’s failure to get re-elected in 2020, raises the question of whether this strain of reckless, anti-liberal populism, which became a global phenomenon, is now in retreat.

The answer is yes and no. It is true that Donald Trump’s election defeat was a setback to right-wing populist movements. Many political obituaries were written that both Trumpism and its varied iterations in the world would gradually become history. The Guardian then saw “the US election result as further evidence that the much-talked-about ‘populist wave’ of recent years may be subsiding”.

More recently, the Institute of Global Change, compiled a database of Populists in Power, and found the number of populist leaders in power in early 2022 had come down to 13 from 19 in 2019 — the lowest since 2004. It concluded that the wave of global populism had peaked and was in fact in decline. Another research report by Cambridge’s Centre for the Future of Democracy, also determined the tide was turning against populist parties and politicians mainly as a result of mismanagement of the coronavirus pandemic.

But while waning electoral support for right-wing populism is evident in some parts of the world, including Europe, and has been a setback for the phenomenon, it has hardly ended the appeal of its ideas or significantly weakened populist sentiment.

Although populism has different expressions across the world, some core ideas are common to most — xenophobic nationalism, an authoritarian, illiberal outlook, anti-establishment, anti-elite stance, notions of racial or religious superiority, anti-immigration, Islamophobic attitude, and disregard for conventional norms. Usually, ideas that exist on the fringe of society are mainstreamed by populist leaders. For example, Trump appropriated many key beliefs of white supremist groups and incorporated them in his politics, according them ‘respectability.’

The question is whether the departure of populist leaders from office means their ideas also leave with them. The answer is no, because the appeal of these ideas survives. Many of these beliefs are deeply rooted in society which populist leaders play off, magnify and try to legitimise. Populist thinking usually gains strength from underlying factors such as rising public disenchantment with traditional political parties and the establishment for their failure to meet expectations, especially in times of disruption caused by economic hardship and the uneven impact of ‘elitist’ globalisation. Insecurities and anxieties spawned by this and anti-immigrant, anti-minority sentiment, against a backdrop of economic decline, is fed off and fed into by populist politicians, who direct this against ‘selfish elites’ in the name of the ‘people’. Usually there is already low trust in political institutions seen as unresponsive to public needs. This is exploited by populist demagogues who cast this, as Trump did, as the ‘deep state’s’ anti-people conduct, and then seek to erode independent institutions.

Anti-immigration sentiment that holds sway in many Western countries becomes a key element in populist leaders’ narrative. This doesn’t disappear when populist leaders lose power. Xenophobic strains in popular thinking once mainstreamed become part of the political landscape. As right-wing populism uses xenophobic nationalism to mobilise support it plays on people’s fears of being ‘swamped’ by immigrants or minorities. Portraying these groups as threats to society, populist leaders fuel public antipathy towards minorities that often turns to violence and hate crimes, as it has so egregiously against Muslims in India.

Notions of ‘cultural purity’ or ‘nativism’ inform attitudes of significant sections of society and seem to persist. The spread of Islamophobia in much of Europe is a case in point. Indeed, such is the influence of these bigoted attitudes that even leaders like France’s Emmanuel Macron, an ostensible ‘centrist’, borrowed from the populist playbook on Islamophobia in his presidential campaign to defeat Le Pen.

Both divisive politics and ideas that right-wing populist leaders espouse reshape the political environment and become more entrenched in society. Polarisation continues. As do populist, ultra-conservative ideas. For example, Boris Johnson used what was called ‘Brexit populism’ to secure office but his ouster doesn’t mean Brexit is likely to be reversed. In the US, Trump’s ideas have become such a key part of the Republican party’s stance that even if he fails to secure nomination for the next presidential election the candidate who does — Ron DeSantis? — is unlikely to discard his populist rhetoric or the substance of his approach. For now, Trump has more support among Republicans than other hopefuls for the 2024 election — a testimony to both Trump’s appeal and narrative.

One of the most damaging legacies populist leaders leave is deep divisions in the country and diminished public trust in institutions. As the US example and that of other countries show, once institutions are undermined it takes a long time and much effort to restore confidence.

There is another aspect to the deliberately orchestrated disrespect and contempt for institutions. As Paul Mason writes in The New European: “The narrative of the populist right, all over the globe, is not simply that human society must go backwards … Their deeper argument is that chaos is good. Amid chaos, transgressive people prosper … Look at the BJP mobs beating Muslims and Dalits. Look at the unrepentant insurrectionists who surrounded Trump on January 6.”

Chaos is therefore regarded as the path to transformative change to realise the ‘vision’ of right-wing populists, however fuzzy that may be. This has a familiar ring in Pakistan where disruption is the strategy being pursued by a party that is an odd amalgam of conservative right-wing populists and affluent members of the middle class.

Far from receding, the forces of retrogressive populism may be around much longer than thought, not least because the political alternative that can challenge and reverse it remains weak and uninspiring. Some analysts in the West are warning of a ‘second wave’ of populism. That is why the lasting impact of divisive and disruptive ideas should remain a source of worry.

India a major source of terrorism in region: Pakistan

The massacre at Karbala (Part 4)