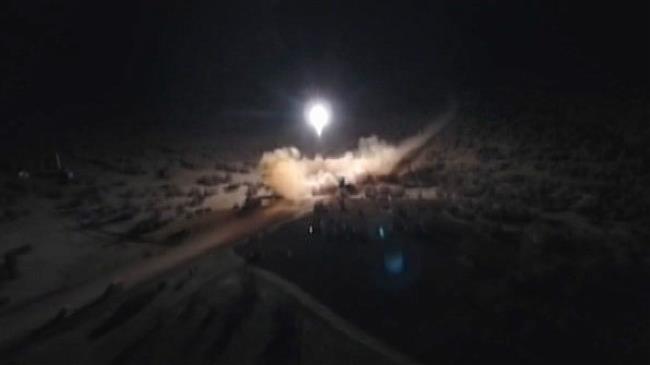 Robert Inlakesh is a journalist, writer and political analyst, who has lived in and reported from the occupied Palestinian West Bank. He has written for publications such as Mint Press, Mondoweiss, MEMO, and various other outlets. He specializes in analysis of the Middle East, in particular Palestine-Israel. He also works for Press TV as a European correspondent.

With the recent response coming from the IRGC to the US’s illegal assassination of General Qassem Soleimani, it is becoming more clear that the Trump administration may be playing at one of two possible objectives.

The first possible strategy that is being carried out on the part of the United States, is one in which they seek to pursue a devastating regional war, in which they will attempt regime change in Iran. This will become clear if Trump chooses to respond with harsh airstrikes against Iranian territory.

The second possible strategy is one which sees its origins in Israel. This is a strategy which aims to drive a rift between Iran and its regional allies.

Last November, the Israeli regime launched a targeted assassination strike in the Gaza Strip, resulting in the murder of the resistance group Islamic Jihad’s top commander, Baha Abu Atta. When this strike was ordered, killing Abu Atta and several other civilians, along with an attempted assassination in Damascus, many expected there to be a war between Gaza and Israel. To the Palestinians of Gaza, Abu Atta had the status of General Qassem Soleimani, he was loved and was a respected leader of the resistance against Israel. However, following his assassination by Israel, there was only a limited battle between Islamic Jihad and Israel. Islamic Jihad fired rockets hitting Tel Aviv and beyond and destroyed many Israeli structures, but it ended there with Israel having killed roughly 30 Palestinians – mostly civilians – and there being no confirmed Israeli casualties. Hamas also did not participate in the round of hostilities.

Earlier last year Israel also repeatedly attacked Syria, targeting primarily its air defense radars and the SAA (Syrian Arab Army). Israel launched tens of attacks, in which many Syrian civilians and soldiers were killed, yet Syria did not respond by striking Israel in kind. This policy of not responding to Israel paved the way for more bold and deadly illegal strikes.

Israel even violated the sovereignty of Lebanon with loitering munitions (suicide drones), in last August of 2019, which led to a response from Lebanese Hezbollah. Israel suffered an embarrassing blow at the hands of Hezbollah as Hezbollah forces struck a military vehicle inside of Israeli territory, with anti-tank missiles. Despite what was an obvious direct strike, Israel manage to convince its population that none of its soldiers had been killed, by the end of the escalation. Israel was careful not to further inflame tensions, showing its people that it responded with incendiary munitions inside of South Lebanon. The munitioned fired into south Lebanon, close to the Lebanon-Israel border, were in fact only fired to provide cover to evacuate injured and wounded soldiers and is a well known military procedure.

With the three examples noted above, occurring between Israel and Syria, Lebanon, Gaza, it was demonstrated by the Israeli regime that they could indeed carry out acts of aggression against the Axis of Resistance in the region, without suffering too harshly and sometimes even – using lies – could gain politically from such illegal acts of aggression. This is very possibly what has provided the US with the framework with which to approach Iran.

The United States may have planned the assassination of General Qassem Soleimani as a way of attempting to both keep US President Donald Trump in power by making him appear strong and also driving a wedge between the regional resistance axis, led by Iran.

If the US continually claims that none of its soldiers have been killed or injured and continues to downplay the Iranian response. If Trump then decides not to escalate and also pulls his troops out of Iraq, we will know that this was perhaps their strategy from the beginning. Trump would then appear – due to US media manipulation – as a strong president, to his own people, also being a president who has followed up on his promise to get out of Iraq.

This may be a strategy that is employed, but perhaps this strategy will backfire very badly if they miscalculate in any areas. If the US acts aggressively, it could start a Middle East wide war.

Of course there will still be a response from the PMU/Hash al-Shaabi in Iraq and also possible responses from other regional allies of Iran, despite the USA’s next move, so from here the US and Israel will have to back off in fear as they are currently doing.

This strategy, if proven to be true, will show that the US understands it cannot win a war with Iran and that it is desperate to inflict any kind of blow it possibly can.

(The views expressed in this article do not necessarily reflect those of Shafaqna.)