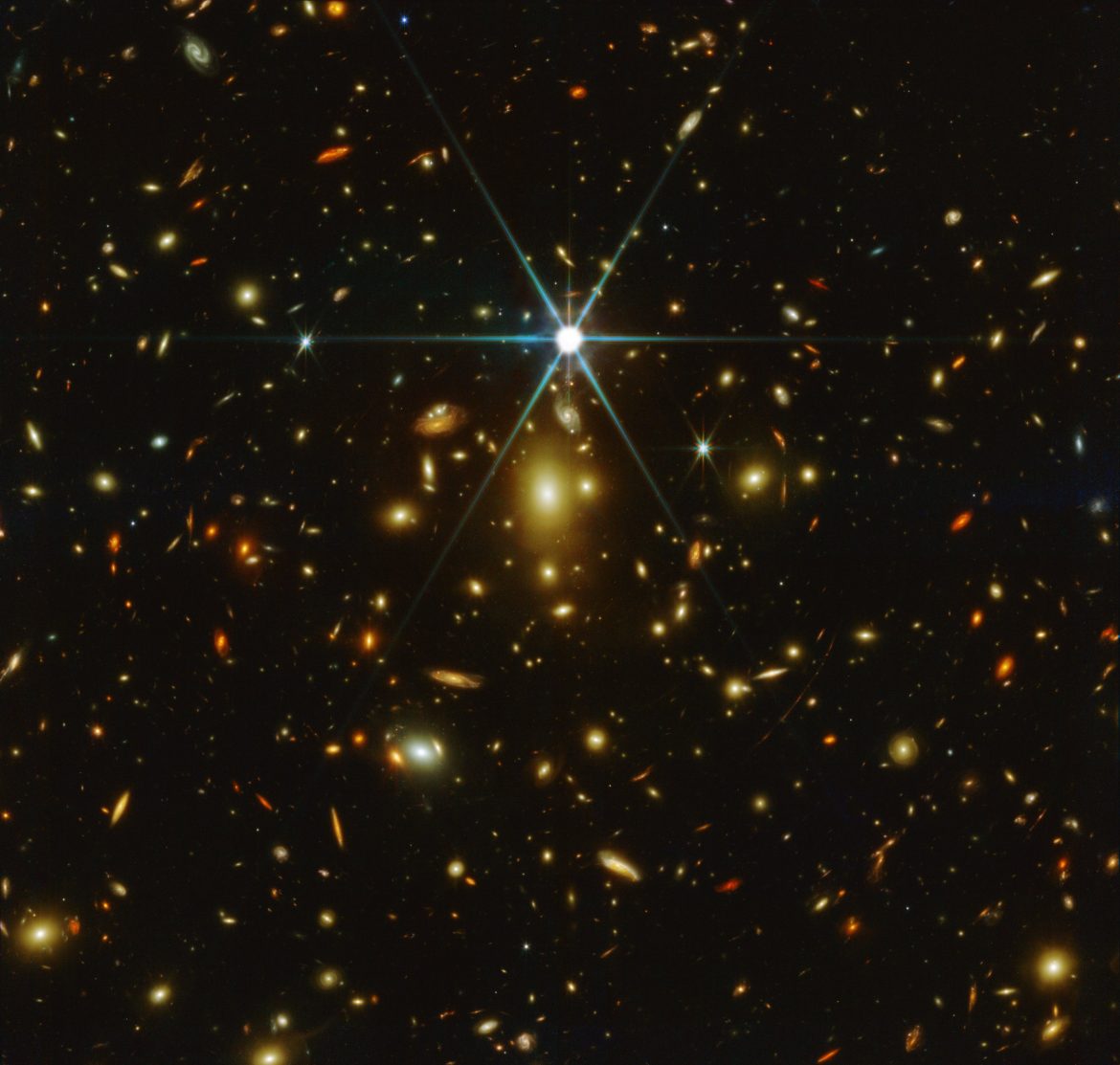 The James Webb Telescope has taken a new image of the most distant star, nearly 28 billion light years away, and has captured it in stunning detail.

Researchers were able to spot galaxies and had a glimpse of a star called Earendel using the telescope.

Earendel means ‘morning or rising star’ and is situated in a galaxy called Sunrise Arc. The star is aligned with the galaxy cluster providing maximum magnification.

Dan Coe at the Space Telescope Science Institute in Maryland said, “Nobody’s ever seen a star this highly magnified, not to mention a galaxy.”

Since light takes time to travel, the pictures of the star Earendel are the way it was 900 million years ago, soon after the Big Bang.

JWST is expected to have its next round of observation in December which will reveal what Earendel and Sunrise Arc are composed of. Coe says, “We’re all made of starstuff, but that stuff wasn’t around in the early universe. This is a rare opportunity to see if the heavy elements were there in this star 13 billion years ago.”

Astronomers from the Space Telescope Science Institute in Maryland wrote in a published paper, “JWST was designed to study the first stars. Until recently, we assumed that meant populations of stars within the first galaxies. But in the past three years, three individual strongly lensed stars have been discovered. This offers new hope of directly observing individual stars at cosmological distances with JWST.”

India has wronged Kashmir, only it can rectify it

NASA is sending a surgical robot to International...

NASA to launch Artemis I moon Mission on...

China warns that its temperatures are rising faster...

When Russia leaves, what´s next for the International...

NASA’s pioneering Landsat satellite to be active for...