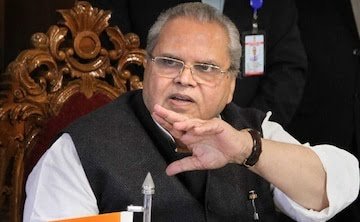 Jammu & Kashmir all set to come under President’s rule

The state of Jammu and Kashmir is all set to come under President’s rule after a period of 22 years.

The centre has recommended the imposition of President’s rule in Jammu and Kashmir after the expiry of six-months of Governor’s rule on December 19. The decision has been taken after Jammu and Kashmir Governor SatyaPal Malik sent a report to the central government recommending the imposition of President’s rule in the state, officials said on Monday.

Jammu and Kashmir has a separate constitution under which 6 months of Governor rule is compulsory before the imposition of President rule, once the assembly is dissolved. During this time, all the legislative powers are vested with the Governor

The union cabinet has cleared the proposal to impose President’s rule in Jammu and Kashmir from December 19. A communiqué was sent to the Union Home Ministry from the governor’s office which moved the union cabinet with the proposal for its nod. An official said that now the President Ram Nath Kovind will issue a verdict declaring that the powers of the Legislature of the state shall be exercisable by or under the authority of Parliament.

The state plunged into a political crisis in June this year after the Mehbooba Mufti-led coalition government was reduced to minority following withdrawal of support by the 25-member BJP in the state.