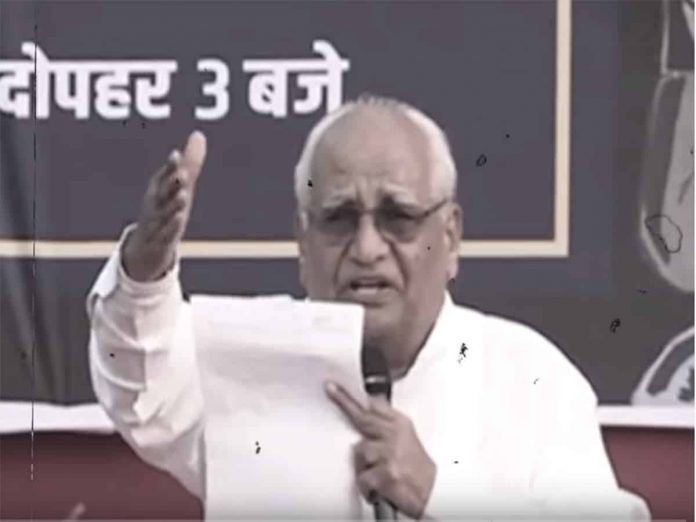 Mumbai: Former Justice, Kolse Patil heavily condemned Modi Government over Citizenship Amendment Act 2019. He alleged that the present central government was not elected by the public rather by EVMs.

Asking people to come out of their houses, Patil said that despite the age of 80 years, he will stand with such persons.

Criticizing Congress rule, he said that those who ruled earlier was also not ‘harichand’. He further said that due to the failure of their policies, BJP came to power.

Rejecting CAA, he said that there is a need to disobey any law which is against minorities. He also recalled Baba Saheb Ambedkar’s views.