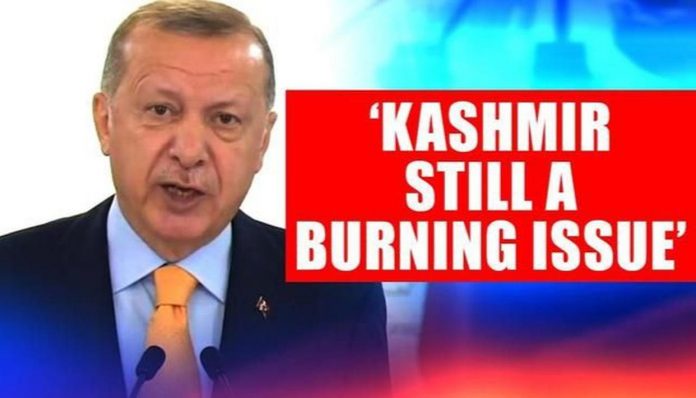 The fierce conflict in Nagorno-Karabakh has finally ended with Armenia, Azerbaijan, and Russia signing an agreement on Tuesday, with the Armenian Prime Minister Nikol Pashinyan describing the deal as being “unspeakably painful” in a Facebook post.

The taking over of the key city of Shusha (known as Shushi in Armenia), the second-biggest city in the enclave, by the Azerbaijan forces (staunchly backed by Turkey) turned out to be the turning point in the war. Azerbaijan also claimed it had taken dozens of more settlements before the agreement was reached.

Meanwhile, Russia, which played a key role in ending the war, swiftly deployed its peacekeeping troops after the agreement to the war-ravaged enclave of Nagorno-Karabakh, as part of the ceasefire deal, which President Vladimir Putin said should pave the way for a lasting political settlement of the conflict there.

In contrast to Baku, the public mood in Yerevan, the Armenian capital, was grim. Armenian people hit the streets within minutes of the prime minister’s announcement of ending the war, forcing their way into the main government building and parliament and calling on Pashinyan to go.

“The city is in chaos at this point,” Neil Hauer, an Al Jazeera journalist based in Yerevan said. “Everyone is incensed. There’s a great sense of betrayal.”

The Armenian people felt cheated and defeated with their government conceding the war with Azerbaijan, and giving up without a fight.

In contrast, the capital city of Azerbaijan reverberated with celebrations of a happy ending for the country with the takeover of important territories in Nagorno-Karabakh. The crowds were seen waving the flags of Azerbaijan and Turkey, which staunchly supported the former in the intense conflict.

Unsurprisingly, the crowds were seen waving the flags of Pakistan too along with Turkey and Azerbaijan, after the country strongly supported the latter in the key battle. The public sentiments in both countries have been euphoric with the display of unprecedented unity on all global issues by the two countries.

Pakistan expressed solidarity with Azerbaijan, with its armed force chief saying that his forces fully support Azerbaijan’s position in the occupied Nagorno-Karabakh. The country vehemently backed Turkey against Armenia throughout the war, and Azerbaijan was wholeheartedly thankful to both the countries.

Turkey helped the country militarily, and with its armed drones deployed in the region, the war tilted in the favor of Azerbaijan. The victory in Nagorno-Karabakh has reinforced bonhomie between the Islamic nations, and the partnership will likely proceed to higher ambitions.

There is now growing sentiment in the Turkish and Pakistani masses, and even in Azerbaijan that the two countries should now resolve to fight for Kashmir. The social media users in both countries have strengthened their calls urging both governments to support Kashmir after Turkey helped Azerbaijan gain a decisive victory against Armenia.

However, the experts claim that Turkey getting involved in South Asian conflicts is a far-fetched idea, and cannot actually take place.

The Turkey-based strategic affairs analyst Iftikhar Gilani, who spoke to EurAsian Times, said the public sentiments don’t matter in foreign policy issues, and that it is the long-term interests of the country that ultimately decides its policies.

“Turkey has had good relations with India for decades. The country had extended its soft power to India, which although seems to have been halted now. The country was increasing scholarships to Indian students and attempting to get space for its NGOs to work among Muslims in India,” he added.

Much of the Pakistani opinion is divided too with some saying the idea to move on Kashmir was feasible and others dismissing the prospect comparing the decisiveness of the current leadership.

“Don’t sell Pakistanis these dreams anymore, we don’t have Erdogan or Aliyev in the hot seat of leadership. We have a very different breed of leaders in civil, political, and military spheres unlike the founder Mustafa Kemal Ataturk and Quaid e Azam Muhammad Ali Jinnah,” one Twitter user from Pakistan posted.

While the strategy of a united attack on Kashmir is endorsed by many top political leaders in both Turkey and Pakistan, it seems unviable on the ground as far as the interests of Turkey are concerned.

One politician from Kashmir, Waheed Ur Rehman, who is the youth president of the People’s Democratic Party told EurAsian Times that there was no chance of such an alliance happening.

He said these leaders speak on international forums about Kashmir to please their domestic audiences, and their role ends there. He says Turkey or Pakistan has shown no seriousness in talking to the government of India on the Kashmir issue.

“What we see is more of a diplomatic stunt to appease domestic supporters and no concrete effort to coerce India into resolving Kashmir.”

Another important point mentioned by Gilani is that Turkey and India have mutual military projects. Turkey is building naval ships for India, in a contract worth $2.3 billion, and the two nations have deeply connected when it comes to trade and commerce. To think that Turkey will militarily fight India is out of question, he adds.

The sentiments over Kashmir in the Muslim world started getting stronger after the Narendra Modi government in August 2019 unilaterally abrogated Article 70, stripping the state of its special status and incarcerating the political leaders.

How the new anti-US bloc – China, Pakistan, Turkey, etc. – acts on the Kashmir issue will be interesting to see. India’s current Ladakh border stand-off with China will also decide Pakistan’s move on Kashmir. And, although strong, the current Turkey-Pakistan relationship is unlikely to confront India given the existing geopolitical situations.