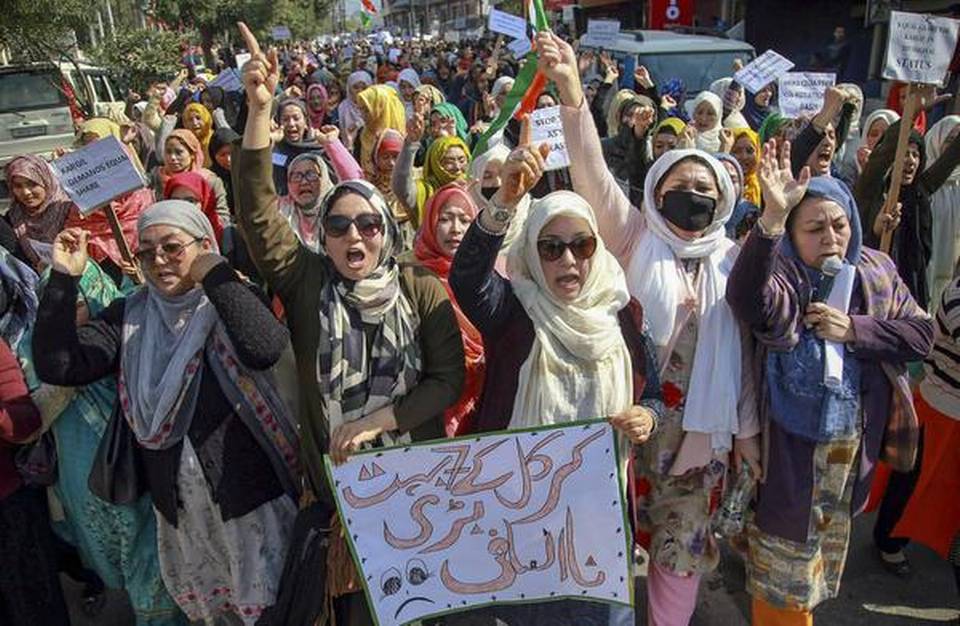 The administration of Governor Satya Pal Malik on Tuesday constituted a committee of secretaries to look into the demands of people of Kargil, where a shutdown was observed for the fourth consecutive day on Tuesday over the demand of rotational offices.

A Kargil-based civil society group, Joint Resistance Movement, decided to continue with a protest shutdown against the Governor administration decision to set up divisional commissioner’s office at Leh after Ladakh was declared a division recently.

Work in offices and court was suspended for the day. Hundreds of people marched on the streets to press for their demand to have “rotational headquarters at both Kargil and Leh”.

Rejecting the constitution of a committee, Peoples Democratic Party (PDP) MLA Naeem Akhtar said, “The measure is a mere delaying tactic. The Governor’s administration didn’t feel need to consult anybody in granting divisional status and why a committee now?”

He alleged that the Governor’s move was “thoughtless with grave consequences and at the behest of the BJP”. “It has a potential to flare-up. The Governor must immediately rescind the order and set up six monthly full rotational of all offices,” Mr. Akhtar said.

Former chief minister and National Conference vice president Omar Abdullah also backed the demand of people of Kargil. “It seems the decision was taken in a haste and is contrived to pitch one community against the other. Had the idea behind this act been to empower the people of Ladakh then the governor would have held deliberations,” said Mr. Abdullah.

He said divisional headquarters at Leh only will serve no good. “The distance between Leh and Kargil is greater than what it is between Srinagar and Kargil. It was rather easier for them to visit Srinagar than to visit Leh. What people of Kargil are demanding is not laced with communal overtones. The decision will impede the developmental prospects of many adjoining areas of Kargil including Zanskar and Dras,” said Mr. Abdullah.