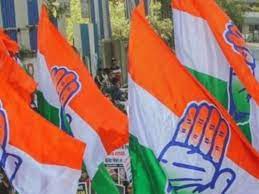 Congress Karnataka Unit on Saturday lodged a complaint with the Election Commission (EC) against the BJP in connection with the alleged voters’ list scam.

Congress President D.K. Shivakumar and Opposition leader Siddaramaiah had asked for review of deletion of 27 lakh voters from the voters’ list. They have alleged that voters’ data has been stolen by the ruling BJP to suit its advantage. The BJP, wherever it is finding it difficult to win, is using private agencies to steal the data of voters.

Shivakumar charged that these agencies have given the data and password of the EC to the minister. Criminal cases and FIR should be lodged against those who were illegally involved in stealing the data of voters on the pretext of revision of voters’ list, he demanded.

However, the ruling BJP leaders chided Congress that the party is scared of losing fake voters, and therefore is coming out with false allegations.

Chief Minister Basavaraj Bommai charged that the Congress is doing all this as it fears losing duplicate votes. There is no evidence for allegations made by the Congress.

“We don’t bother about allegations. If any agency has erred, the investigation will be conducted,” he stated.

N.R. Ramesh, BJP Bengaluru South Unit President, said that Congress leaders in the fear of losing elections have included the names of minorities from neighbouring states. This has been done to ensure win in Bengaluru civic polls and assembly elections.

“The Congress has added 1.50 lakh duplicate votes in 27 assembly constituencies of Bengaluru,” Ramesh said, adding that he had also lodged a complaint in this regard with the authorities concerned.