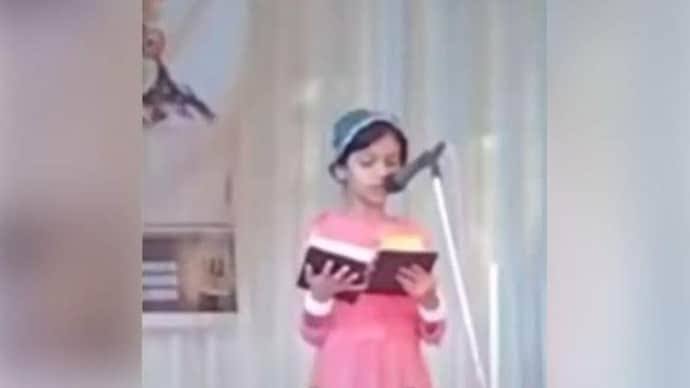 A Hindu student won first prize in the Quran recitation competition in Kerala’s Kozhikode. The student named Parvathy surprised everyone with her fluency in the language by receiving an A grade.

Parvathy has a twin sister called Parvana. Both of them study at the Chemmarathur LP School. According to their teacher Ruqaiya, both children are good at learning the language.

Parvathy’s father Nalish Bobby is an IT professional while her mother Dina Prabha is an English teacher. It was the parents who wanted their children to learn a new language as they feel it can be beneficial to them in the future.

Parvathy, who speaks fluent Arabic, recently won a Quran recitation competition at the Thodannur sub-district arts festival in Kozhikode, Kerala. The fourth-grade student has been widely praised for learning the language at a young age. What makes her achievement more remarkable is the fact that she was born into a Hindu family.

Despite 11pc Muslim population in state of Gujarat, their representation in cabinet is zero

BJP calls for boycott over Qatar’s invite to Zakir Naik