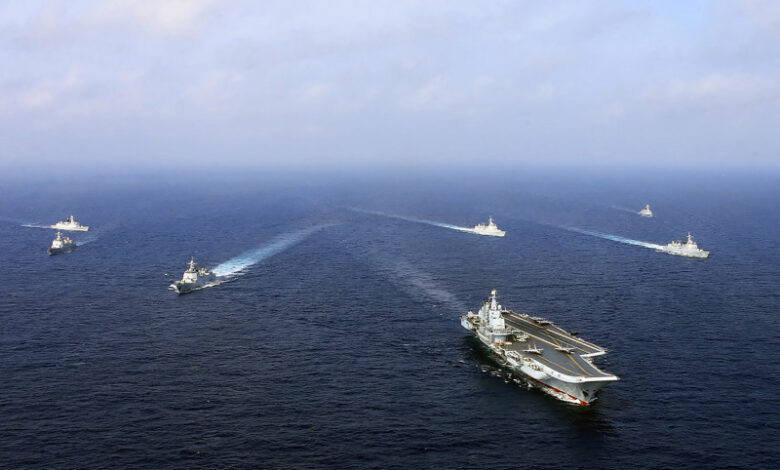 With the onset of first snow and sub-zero temperatures in East Ladakh, the Indian Army troopers, equipped with US-made blizzard masks, have settled down for the winter against the People’s Liberation Army (PLA), with the focus of national security planners now shifting to beefing maritime security.

While the four-nation QUAD multilateral exercises under Malabar begin next Tuesday, the Indian military planners have decided to give top priority to Eastern Naval Command and island territories of Andaman and Nicobar Islands, and Lakshadweep to counter any threat from PLA Navy in Indian Ocean. The Western Naval Command has also been asked to spread out its assets with Karwar base in Karnataka as focus.

The plan follows a security assessment that pitched concern around China’s PLA Navy way over the maritime threat from the Pakistan Navy.

In this context, the national security planners are considering raising another amphibious brigade, one for eastern and western seaboard, for offensive operations in the future. As of now, India has one dedicated amphibious brigade, whose elements are spread between Thiruvananthapuram and Andaman and Nicobar Islands Command in Port Blair. The amphibious forces are specialised in launching a counter-offensive from sea using landing ship tank (LST) vessels such as INS Jalashwa and projecting power in the region and beyond. The planners are considering having one full brigade in Thiruvananthapuram, and the second stationed either at Visakhapatnam or AN Islands.

India’s island territories are at the heart of Indian Navy’s operational plan in the Indian Ocean as they dominate the major shipping lanes from Suez Canal and Persian Gulf to South-East and North Asia via Malacca Strait. The Indian Air Force fighter jets, armed with Brahmos missiles, can strike at any moving target in and around Malacca, Sunda or Lombard straits in the worst-case scenario. These three straits are the only way to access the South China Sea from Indian Ocean. Shipping costs mount manifolds if the ships have to be diverted from the Malacca Strait to other two straits.

Despite the strategic leverage that the island territories represent, the Indian Navy is still largely focused on Mumbai and Visakhapatnam with the AN Command left to the tri-services headquarters. With the military theatre commands in the offing, both AN Islands and Lakshadweep are going to be the hub of India’s maritime strike capabilities. Lakshadweep lies on the Nine Degree Channel, the most direct route for East Asia-bound ships from the Persian Gulf.

Given that India and the US have tied up for Indian Ocean Region with institutionalised tie-ups with American Indo-Pacific, Central Command and African Commands, the QUAD countries will project maritime surveillance and dominance in their region with assets communicating and sharing information through secure military communication channels among air, surface and underwater combatants made possible by the Communications Compatibility and Security Agreement signed in 2018.

“In Bihar, Will Seek Blessings”: PM To Hold 4 Rallies Amid Campaign Heat

Did you say blue moon? Not happening