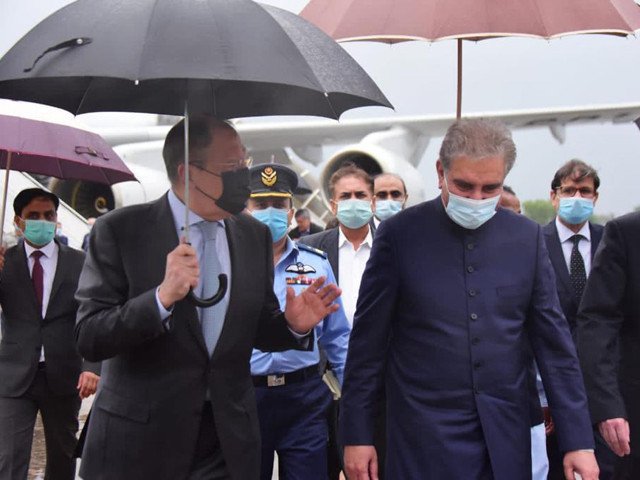 Foreign Minister Shah Mahmood Qureshi received his Russian counterpart and his delegation at the Islamabad airport.

“Pakistan and Russia share a multi-faceted relationship and we welcome FM Lavrov’s visit in line with our mutual commitment to further strengthen our bilateral ties, deepening our growing bonds of cooperation & collaboration,” Qureshi said in a tweet.

“The two sides will deliberate on boosting mutual relations,” Qureshi said in a video message prior to the arrival of the Russian dignitary.

During the two-day visit, he added, the minister will meet Prime Minister Imran Khan, Army chief Gen Qamar Javed Bajwa, and participate in the delegation-level talks.

“No one can deny the fact that Russia holds a crucial importance in the region,” the minister said adding that bilateral ties between the two countries are improving.”

“Together, Pakistan and Russia will play a vital role in the Afghan peace process.”

Qureshi observed that this was the first time in the past nine years that any Russian foreign minister was visiting the country.

“This indicates that relations with Russia will be renewed afresh,” he maintained.

“We can witness how the economic and defence relations with Russia are progressing forward. The two sides also agree to move forward with Northern South Gas Pipeline project.”

Observing that India has cordial relations with Russia, the foreign minister said that the latter can play its role to convince the former to have a constructive role in the Afghan peace process.

Lavrov, accompanied by Russia’s Special Envoy on Afghanistan Zamir Kabulov, arrived in Islamabad from New Delhi, in a move suggesting that Moscow is no longer considering India as its only ally in the region.

However, lack of media attention to the Russian diplomat’s visit to Pakistan surprised Michael Kugelman, South Asian expert at The Wilson Centre. “It’s the first visit by a Russian FM in 9 years, this is a top rival of the US, and the focus will be on the Afghan peace process-of which Pakistan plays a key part-at a critical moment,” he tweeted. 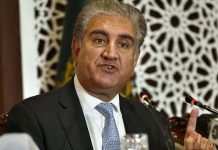 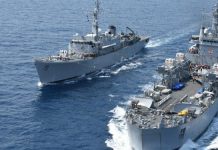 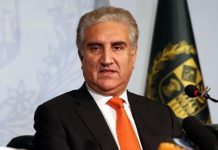 If India has Kashmiris’ support, why does it fear dialogue: Qureshi