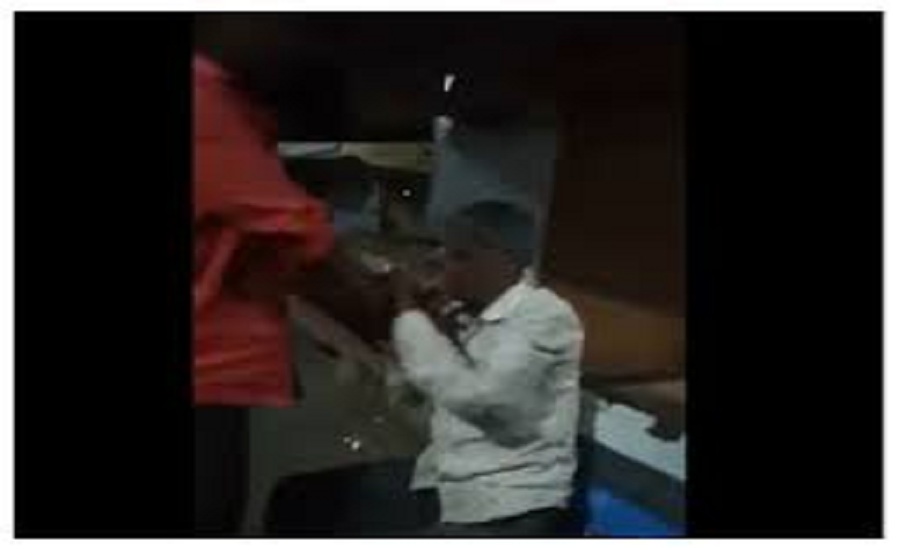 Madhya Pradesh: 65-Year-Old Man Lynched over Suspicion of Being a Muslim

A group of Hindu extremists led by a local BJP leader assaulted a 65-year-old man to death suspecting that he was a Muslim in Madhya Pradesh’s Neemuch. The victim was later identified as Bhawarlal Jain, a resident of Ratlam district. He is said to be mentally challenged.

The horrific incident is said to have occurred on the night between May 17 and 18. His body was recovered on May 19. The police have filed a case following a complaint by the victim’s brother Rakesh against the alleged murderers including Dinesh Khushwa who is associated with ruling BJP under sections 302 and 304 at Manasa Police Station. Reports said that Khushwaha is on the run.

KL Dhangi, station house officer of Neemuch Police station, said that Rakesh Jain, brother of the deceased, received a video clip in which the senior Jain was being beaten. “Kushwaha has been booked and absconding,” Dangi said.

Videos of the assault on the ill-fated man have gone viral on the social networking site, Twitter, showing Jain being slapped repeatedly by a person donning a redshirt. The person who is seen slapping Jain can be heard saying, “What is your name… Mohammed? Are you from Jabra? Show me your Aadhar card, now,” he asks while continuing to rain blows on his head.

A day before the video went viral, Manasa police recovered the dead body of Jain and released his pictures on social media which led to his identification.

On Friday, after the body of the deceased was handed over to the family for last rites, the video of the incident went viral following which the family members of Jain assembled outside the Manasa police station and demanded the accused be arrested.

Rakesh said his brother had lost his way and almost the whole village was looking for him. Those accompanying Rakesh said that he was a very polite man.

The incident has evoked an outcry on social networking sites. Commenting on the video, noted writer and executive editor of the Force Magazine, Gazala Wahab tweeted: “This hatred is corrosive. It is eating up the nation itself.”

Another social media user, Atul Kasbekar, said, “We (India) are definitely on the slippery and extremely dangerous slope to anarchic law/order conditions. “The mob now has no control and publicly not enough is seen to being done to rein in such scum. This is a death knell for civilisation, not just democracy,” he tweeted.

Zia Haq, executive editor of the Hindustan Times tweeted: “Hindu man kills Hindu man suspecting him to be a Muslim. We are descending into a bottomless pit. #StopHate (SIC).”

Re-tweeting the video, noted Bollywood actor Swara Bhasker wrote: “Good morning to everyone with the “Oh but there is no alternative “ “Oh! Aisa kuch nahi hota. Yeh Twitter par hi dikhtaa hai.” “Tum logon ko sirf Hindu musalmaan karna hai” “It’s not that bad!”.. and other such BS logic! THIS is what you have enabled! We have! This is on us!! (SIC).”

Noted professor of Peace and Conflict Research Ashok Swain reacted to the lynching by saying “India doing the Rwanda act.”

He tweeted, “Hindu right wing has brutally beaten and killed a Hindu in MP, India thinking that he is a Muslim as he failed to show his identity card. India doing the Rwanda act!”