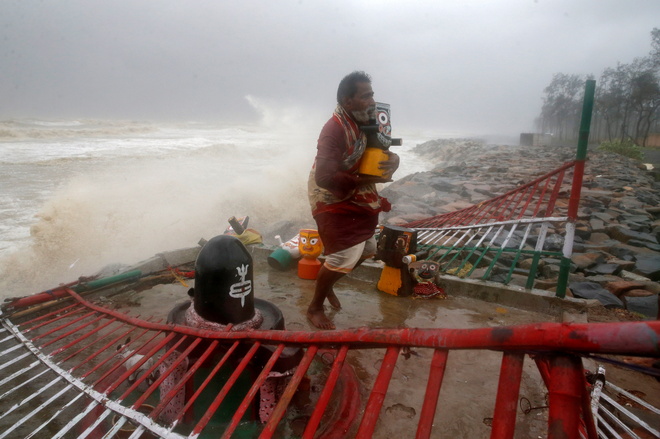 Cyclone Yaas, designated ‘very severe’ by meteorological experts, made landfall on the country’s east coast on Wednesday, leaving a trail of destruction in Odisha and West Bengal. Farther inland, Jharkhand too was affected as Yaas developed into a deep depression over it and interior Odisha.

The damage was severest in Odisha and West Bengal — according to initial estimates by their governments, hundreds of villages and towns were inundated, lakhs of homes destroyed, property washed away or lost and infrastructure ruined. The damage to farmland and standing crops, and loss of livestock will be more accurately worked out in time, providing us a clearer picture of the losses. With thousands of big trees uprooted in forests and reserves, the impact on ecology and environment would be severe, too.

Amidst this horror, one figure stands out — while even one death is one too many, the single-digit toll suggests that the governments were effective in their efforts to minimise the loss of lives. Lakhs of people were evacuated from their homes and housed in shelters. The Coast Guard ensured that fishing boats returned safely before the storm hit. Personnel from the National Disaster Response Force — which deployed 113 rescue teams — and the Army rescued hundreds of people who had either refused to evacuate or were trapped by the storm. All in all, considering the severity of the storm and the density of population in the affected areas, it seems like a job well done. Barely a week earlier, Cyclone Tauktae struck the west coast, causing 174 fatalities, while 81 persons are still missing. While Tauktae was more powerful of the two, it seems the loss of lives due to Tauktae could have been lesser if more urgency had been displayed — in the case of the ONGC Barge P305, for instance.

India Meteorological Department chief Mrutyunjay Mohapatra has suggested that the increased frequency of intense cyclones could be linked to climate change, though he did admit that more research and analysis is needed on the subject. Experts believe that climate change is leaving a cascading effect on our ecosystem — melting glaciers, rising sea levels, unseasonal snow and heat could be at the bottom of many natural disasters. This could be interpreted as nature’s increasingly insistent warning to us.

‘Murder of constitutional ethos’: BJP hits out at Mamata for skipping Yaas review meet with PM