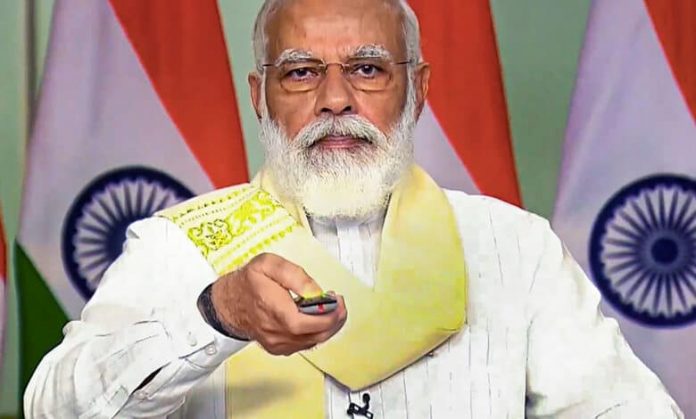 From what the Prime Minister has said and what was articulated at the government’s press conference, the NEP-2020 is a paradigm shift in India’s education. That is where it gets exciting, and immediately, that is where it stops too. Like everything ‘grandiose’ that this government has done, this is a grand plan. However, the real effect of it cannot be calibrated unless the final kinks are ironed out. On paper, there are several points the policy makes in the right direction. However, it is one more in nail in the coffin of decentralisation and makes a federal state far more unitary than it ever was. Education, which ought to be a local area subject, is now firmly with the Union Government.

Let’s first take up the issue of financing of education. There is no set-in-stone commitment to increasing the budgetary spending to 6% of GDP from the ever lagging actual estimated spending between ‘1.6% – 4.6% [26.1, 26.2 – NEP 2020, Policy Document]. With no hard-wired commitment to increasing investment in education, which has dogged the development of quality education infrastructure since independence, this policy also looks like another announcement of the present government that will go nowhere.

Drilling down into one of the most fundamental purposes of institutionalising education, ’empowering of minorities’, the NEP-2020 document uses the word minorities thrice in the whole of its 62 pages. With almost non-existent detail but only a passing mention of an essential reading makes one wonder about the departure from how visible minority inclusion has been until now. Other than some fleeting references to inequalities of caste and lip service to scheduled castes, the NEP 2020 doesn’t really speak about how it might accommodate the rife social-economic-cultural inequalities we have in our society.

There is hardly any elucidation on minorities other than language inclusivity in terms of education. With NEP-2020, linguistic minorities might gain access to learning in their mother tongues, which are again probably subject to the local states where education is administered according to their interpretation and implementation of the policy and making of rules. Earlier policies did do a lot of lip service on this issue too, yet not much has come out of it, the religious-minorities/tribal/indigenous persons today still feel estranged from ‘state-education’ that distances them from their roots. Education in Sanskrit and classical languages’ non-religious-literature has been emphasised on, both at the school and the higher education levels.

Scholars from top tier institutions belonging to lower socio-economic backgrounds who studied in vernacular until their 12th grade were interviewed. Their common concern that transition to English medium from education in the vernacular is tough has not been elucidated on by NEP-2020.

There is no mention in the policy, of the inclusion of education of religious minorities. And neither is there any information on religious/faith-based schooling being bridged to mainstream education. The policy also does not detail much about the functioning of religious minority institutions and how they might weave into the fabric of either Schooling or Higher Education. How religious-minority institutions react to this is an issue to be watched out for.

The policy also lacks any mention of accommodations of minorities under reservations or affirmative action(s). A reading of the policy gives an assumption that it assumes almost there exists no inequalities of all the relevant actors in education be it students, teachers/academics and educational institutions. The policy seemingly homogenises everyone. The new overseer of higher education ‘Higher Education Commission of India (HECI)’ and how it might function is wide open to interpretation according to the policy.

But one thing becomes evident that there is going to be significantly more centralisation when it comes to the administration of education. Content and quality of schooling is also going to be overseen centrally even if it is administered by the states. The immediate fall out of such centralisation is that the only debate about the NEP that rages in the country is on the language formula. What a school uses to teach its students who come from the immediate neighbourhood is best left for the school to decide.

This is what will allow a Gujarati medium school to co-exist with a Marathi medium school in Hyderabad, a city where Telugu and Urdu medium schools abound. School education is best administered when the local community and the elected politicians are responsible for delivery in the public sector. Higher education policy can be discussed at the centre but even their Universities are best left autonomous to decide what kind of entry requirements and evaluation they would have in place.

Finally, a policy that is talking about increasing the Gross enrolment ratio in colleges and universities must also lay a strong emphasis on the need to bring all vulnerable communities, their children and particularly they get enrolled and stay in the formal education setup for at least 16 years. Else we will continue to have a situation where the mean years of schooling for an average Indian is just 6.5, less than half of what we see in Europe.

The Indian Muslim child stays on an average in school for less than 5 years. The New Policy, far from increasing access to education, might just make it more difficult for the poor to attend secondary school and almost impossible to go to University. We need a strong push to improve the level of education infrastructure in the country by way of better schools, improved connectivity, better trained teachers and a strong institutional mechanism that allows students to be graded and evaluated holistically without making examinations the end all of the education system