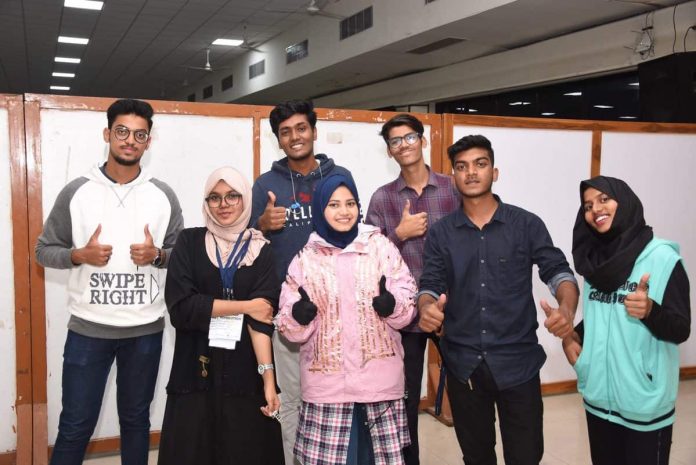 Hyderabad: Touch me not, exclaim the girls of MJ College of Engineering and Technology. But what if someone does not follow the advice still goes ahead and touches them?

He will get a shock of his life.

Why? Because a team of five girls and boys have developed a suit like device which on touch releases current which has capacity to rattle any person.

The first year students invented a smart jacket called ‘Mimosa Suit’ for women’s safety which they named ‘Touch me not.”

The Mimosa suit has been design with an electrical machine which carries current.

Worried over the increasing number rapes and sexual harassment of girls and women, the students formed a team and began working on the jacket.

Fatima, the leader of the team said, “We have got this idea from Touch Me Not plant. It shies away on human touch or that of animal. It is known Mimosa plant.  When we were developing the jacket we named it “Touch Me Not.”

The electrical current which the suit releases on unwarranted touch is 5 kilo watts which is sufficient to make someone unconscious for about 10 minutes.

According team members the design for several such jackets is underway. “We plan to invite Hyderabad City Police Chief and his senior officials for the launch the Mimosa Suit, the team said.

A team member said that the jacket has been fixed with copper wires.