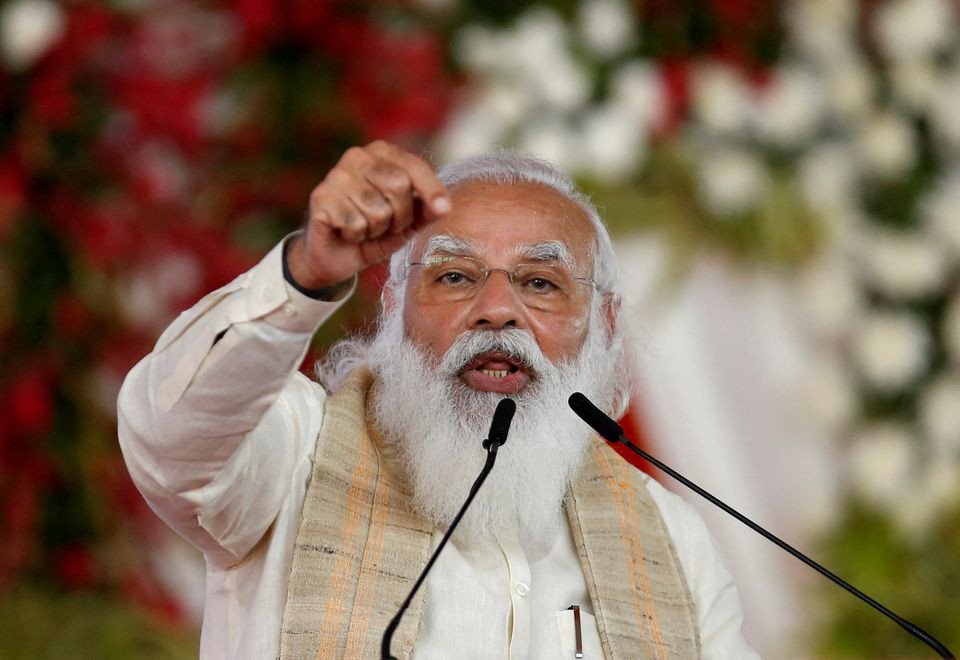 The Indian government-led by Hindu nationalist Prime Minister Narendra Modi which had acquired spyware from Israel as part of a weapon purchase deal in 2017, is using it to witch-hunting of political leaders, human rights activists and journalists.

Richmond-based gastroenterologist Dr Lokesh Vuyurru, an Indian-American doctor, has moved a lawsuit in the US court against PM Modi, Andhra Pradesh Chief Minister YS Jagan Mohan Reddy and business tycoon Gautam Adani on a host of issues, including spying of the political figures along with other Indians through use of Pegasus spyware.

The US District Court for the District of Columbia, on September 1, issued summons to all these leaders, along with several others, which were served on them in India earlier this year.

Earlier this year when the New York Times reported that India had acquired Pegasus from Israel as part of a defence deal in 2017, it stirred heated debate in India’s parliament, creating a political storm over fresh allegations that Modi’s government bought Israeli-made Pegasus spyware to snoop on its critics.

According to leading Indian media outlets, The Hindu and the Wire and international TV channels like the BBC and Al Jazeera, the opposition parties had accused the Indian government of lying to parliament and misleading the house.

The main opposition Congress, early this year called for a “privilege motion” in parliament – used in instances when members were accused of committing a breach of privilege – against information and technology minister Ashwini Vaishnaw for “deliberately misleading the House”.

“The government, on the floor of the House, always maintained that it had nothing to do with the Pegasus spyware and it never bought the spyware from the NSO Group… in light of the revelations… it appears that the Modi government has misled the parliament and the Supreme Court,” Congress leader in the Lok Sabha Adhir Ranjan Chowdhury wrote in a letter to the Speaker, the Indian media said.

Last year, Indian media outlet The Wire reported that some 160 Indians, including prominent activists, lawyers and politicians, were spied on using the Pegasus malware.

An investigation by a global consortium of media outlets showed how the malware was used by governments around the world to hack phones of dissidents. The targets’ phone numbers were on a database believed to be of interest to clients of the Israeli firm NSO.

NSO was also accused of cyber-attacks against Indian journalists and activists to interrupt coverage of human rights violations in Indian Illegally Occupied Jammu and Kashmir (IIOJK) and against Indian minorities etc.

But the Indian government is continuously resisting the demand for an independent inquiry against illegal use of Pegasus Spyware by the main political parties like Congress and others to show real face of fascists Hindutva regime.

With the use of spyware, according to different Indian media reports, more than 1,000 Indian numbers were illegally taped and monitored and even the inner circle of BJP and independent journalists were monitored through spyware for curbing the dissenting voices.

Subsequently, at least 40 journalists covering rights violations in IIOJK and atrocities against minorities were targeted. Similarly, nine leftists and low caste Hindus (Dalits) were also monitored through Pegasus spyware leading to their arrest between June 2018 to October 2020.