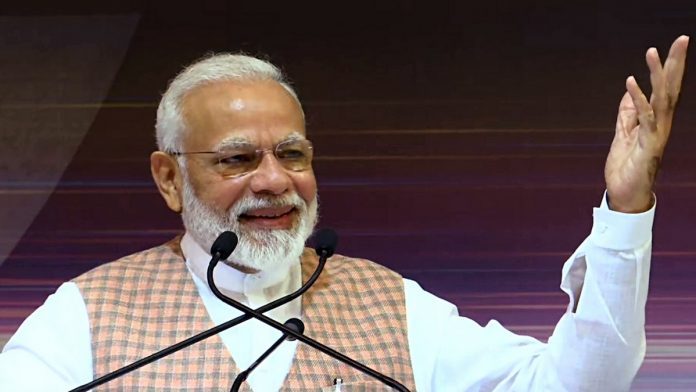 he Covid-19 epidemic has come just in time to save the first year of Narendra Modi’s second term. The year had begun in a strong economic headwind; growth of the non-government part of the economy had been reduced to just over 3 per cent in two quarters till December. Politically, Modi had walked into a cul-de-sac with his amended citizenship law, which sparked extended protest sit-ins by citizens, provoked firm push-backs from state governments and state assemblies, and risked the decennial Census. How the narrative has changed in a few weeks!

The protestors against the citizenship law have dispersed, state governments are queuing up for desperately-needed financial support, and all economic problems can be laid safely at the door of Covid-19. The prime minister, not seen in Parliament during some key debates, is now on national television every few days with avuncular homilies while imposing a lockdown without notice, demonetisation style. He is on the world stage too, getting public thanks from the US and Brazilian presidents for emergency supply of pharmaceuticals.

The opposition is stumped. It has to show itself as part of the national effort to deal with a crisis, though criticise it must. Meanwhile, Modi is too smart a politician to miss the opportunity in a crisis, and is using it to bolster his own image (PM-CARES, for instance). This is not very different from how effectively Donald Trump has used Covid to push his challenger, Joe Biden, off TV screens.

Mistakes are being made, of course, but it is easy to ride out criticism when the nation is rallying round the leader. Trump has brushed aside criticism of his delayed and bungled response to Covid by lashing out at China, the World Health Organization, and anyone else in sight. Modi’s response to the graphically reported migrants’ crisis was different; he apologised while saying that he knew the people would forgive him. Countries like Bangladesh and Singapore gave people enough notice before a lockdown, but Modi believes in surgical strikes.

War-time leaders invariably gain in popularity, especially if they are great orators. Churchill bungled his way through World War II (and dreamt up a disastrous military expedition in World War I as well), but he made great speeches. The US economy emerged from the Great Depression (1929-33) only with the launch of the war production effort a decade later, but Roosevelt’s New Deal that came in between has got the credit. George W. Bush won re-election on the back of the “war on terror”. It has ended badly, but Bush is safely back on his farm. Our own Lal Bahadur Shastri emerged a hero because he fought Pakistan to a draw and did not get thrashed, as Nehru had been by the Chinese.

Modi itches to present himself as a war-time prime minister. The Balakot air attack was used brilliantly to swing the election narrative his way last year, despite the loss of an aircraft, which showed up defence deficiencies (out-dated aircraft, out-ranged missile) against a much weaker neighbour. Before that, the Uri terrorist attack in 2016 was countered with a “surgical strike”, so questions about the security failures there too fell away. Now Modi has been offered a more real but different kind of war, which he has likened to the Mahabharat.

If you want to anticipate his next move, recall his comment at a media event back in 2007, on how Gandhi had been able to convert the freedom struggle into a “Jan Andolan” (people’s movement). He said he hoped to do the same for development tasks. That would explain initiatives like the “give it up” campaign on subsidised cooking gas. It is the same Jan Andolan goal that Modi now seeks to emulate with his “Janata curfew”, banging of utensils, and lighting of candles. These fall somewhat short of the Dandi march, but Modi isn’t done yet and Covid still has legs. The difference with Gandhi is that today’s initiatives have an implicitly coercive element — don’t go along and you might get beaten up. Meanwhile, the further marginalising of Muslims has also developed into a Jan Andolan.