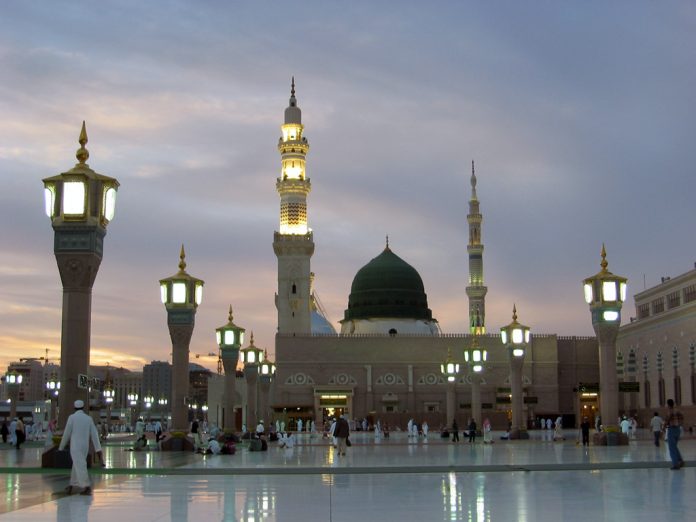 We Muslims call the Prophet Muhammadﷺ ‘Sarwar-e-Ālam’, which in plain Urdu means ‘Duniyā kā Sardār.’ In Hindi, it means ‘Jagat Guru’ and in English ‘The World Leader.’ It sounds a majestic title but the grand personality to whom this title has been given has so astonishing accomplishments to his credit that calling him the leader of the whole world is no exaggeration but a real fact.

Look! The first condition to call someone the World Leader is that he should have worked for the betterment of the whole humankind rather than for a particular race, nation or class. You may hold a nationalist leader or a patriot in whatever high esteem you wish for his services to his own people, but if you do not belong to his nation or country he cannot be your leader in any sense. One whose entire affection, commitment and contribution are confined to Spain or China cannot intrigue an Indian to accept him as his leader. Moreover, if he considers his nation superior to others or seeks the supremacy of his nation by demeaning others, the other nations will find themselves compelled to hate him rather than admire. People of all nations can accept someone as their leader only if all nations and all humans are equal in his eyes and he is a sympathizer of all and would not favour one over the other for the fulfilment of his good intentions.

The second condition one should meet for being the World leader is that he should have propounded principles meant for the guidance of the whole humankind and offered solutions for all major problems of human life. Leader means guide. So, a leader is required to lead the way to common betterment and welfare. Only he can be designated the World Leader who leads the entire humankind to the path of collective prosperity and betterment.

The third condition of earning the status of the World Leader is that the relevance of his guidance should not be restricted to a particular period, but it must be equally useful, valid and practicable in all the subsequent periods and situations. One whose leadership is useful in one period and useless in the other cannot be designated the World Leader. Only he can be accredited as the World Leader whose guidance remains useful and relevant as long as the world exists.

The fourth most important condition is that he should not have only proffered some principles but also demonstrated their efficacy by putting them into actual practice in life and raising a dynamic and healthy society based on them. One who only offers principles can be at most a thinker but not a leader. For being a leader he must prove himself through the successful application of his principles.

Let us now see how far the personality we believe to be the World Leader fulfils these four conditions!

Take the first condition! If you study the life of the Prophet Muhammadﷺ, you will realize at a glance that it is not the life of a patriot or a nationalist but that of a lover of humankind and of a man of universalistic outlook.  In his eyes all humans were equal and he was not particularly concerned with the interests of a certain family, tribe, class, nation or country. He regarded all―rich or poor, high or low, white or black, Arab or non-Arab, Eastern or Western, Semitic or Aryan―as members of one human race. Not a single action or utterance of his in his entire life may lead you to suspect that he held the interest of a certain class dearer to his heart. That is why, Abyssinians, Persians, Romans, Egyptians and Israelites rushed to be his comrades as willingly as Arabs in his very lifetime. And after him, all people of all nations and races anywhere in the world embraced him as their leader as willingly as he was embraced by his own people. This is the miracle of the same pure humanism of his that you are hearing an Indian praising the man today who was born in Arabia centuries ago.

Now consider the second and third conditions together! The Prophet Muhammadﷺ did not waste his time in dealing with the local and momentary issues of certain nations or countries. Instead, he exhausted his entire energy in solving that big issue whereby all minor issues facing humanity are automatically resolved. What is that big issue? It is:

‘The system of human life should be synchronized with the system actually operative in the universe because human is a part of this universe and the movement of the part against the whole is what causes the whole problem.’

The easy way for you to understand this would be to make a little effort and liberate your vision from the confines of space and time and cast your glance at the globe in such a way that all the dwellers of this earth, from eternity to this moment and from this moment to the end of time, should appear before you all together. Then think what is or could be the root cause of all forms of evil arisen so far or which may potentially arise in the human world? However hard you ponder this question and however minutely you investigate and scrutinize the issue, you would inevitably come to the conclusion that:

‘Rebellion of man against God is the root cause of all evils.’

In his rebellion against God, man adopts one of the two positions: either he deems himself autonomous and not responsible and starts behaving in a wilful manner which turns him into an autocrat, or he starts bowing in submission to beings or objects other than God which results in the numerous forms of evil in the world. Why do these two situations always lead to evil consequences? The simple and clear answer to this is that since doing so is against reality it leads to negative consequences. The whole of this universe is the kingdom of God. The earth, the sun, the moon, air, water, light and everything else belongs to God and man in this kingdom has the status of a born subject. If man, despite being just a part of this universe, behaves contrarily to the system at work in this whole universe, his attitude would naturally lead him only to such destructive consequences. His assumption that there is no Sovereign Power above him to Whom he is accountable is contrary to the actual fact. So, when he acts as an autonomous entity in an irresponsible way and formulates norms of life on his own in disregard to his reality, he meets negative consequence. Similarly, to assume someone other than God to be the centre of power and authority and to fear him or have hopes from him or bow down to him as one’s lord and master is equally contrary to the fact because no one enjoys that authority except one real Creator. So, this also leads to disruptive consequences. To see the right consequences arise, there is no other way but that man should bow down to the actual Power in the universe, surrender his Self as well as his wilfulness to It, reserve his obedience and subservience exclusively for It and should turn to It for the pattern and code of his conduct in this life instead of fashioning it himself or borrowing from others.

This is the basic ‘reform recommendation’ made by the Prophet Muhammadﷺ for human life. It is free from the shackles of the East or the West. This is the only reform advice that can restore the disrupted pattern of human life to normalcy anywhere in the world. This is also beyond the constraints of the past and future. It is as expedient today as it was fifteen hundred years ago and will remain so even after ten thousand years.

Now we have the last condition. It is a historical fact that the Prophet Muhammadﷺ did not only advance a fanciful plan but brought into existence a living and dynamic society based on his plan. Within a short period of twenty-three years, he made hundreds and thousands of people bow down in true obedience to the Rule of God. He rid them of both their wilfulness and obedience to anyone but God. He gathered them around a new moral system, a new cultural system, a new economic system and a new political system based purely on the concept of obedience to God. He practically demonstrated to the whole world how human life can be patterned on the principle he put forth. He also established for everyone to see how nice, how pure and how upright is that life when compared to life based on other principles.

This is the accomplishment for which we believe the Prophet Muhammadﷺ to be ‘The World Leader.’ His accomplishment was not meant for a particular nation but for the entire humankind. It is the common heritage of humankind to which one nation is not entitled more than the other. Everyone is free to benefit from this heritage. I have no reason to understand why someone out there should be biased against him?

This speech was broadcast in 1941 from All India Radio many years before the Partition of India. It addressed not only Muslims but also Hindus, Sikhs, Christians and Zoroastrians.