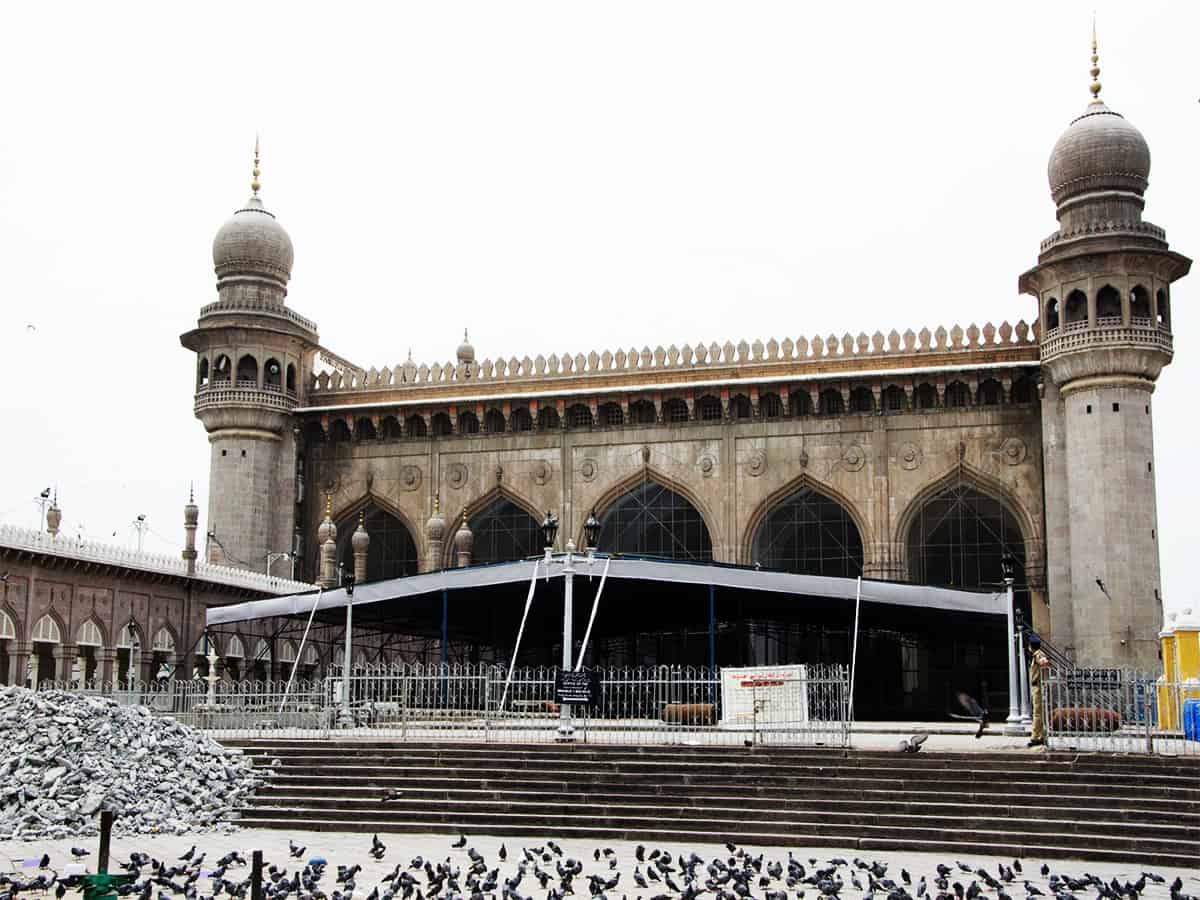 Muslims stay away from mosques for Friday prayers

Hyderabad: The managements of the mosques in cooperation with the City Police observed Friday with strict implementation of social distancing. Either the mosques refrained from organizing Friday prayers or those who held the prayers ensured that no more than five or six people were there.

Hyderabad has several hundred mosques. Most of them have remained closed. Some of them had a person called muezzin to give the call for the prayer, say his own prayer and lock up the mosque and go home.

This exercise is part of the social distancing which is being enforced countrywide in view of the outbreak of coronavirus. In Hyderabad, at least a dozen persons have died of the deadly disease.

Siasat.com reporter who visited the historic Makkah Masjid near Charminar found only two dozen people offering prayers.  The entire prayer, an exercise which is normally spread over 30, was completed in less than half of that time.

The government had posted a huge posse of policemen, including members of the Rapid Action Force, to ensure peace and tranquillity were maintained in the area.  The presence of police was a discouraging factor for who wished and might have tried to out and say their prayers in Makkah Masjid.

In the meantime, the policemen, for the first time were seen maintaining social distancing of more than three feet between each personnel.

However, the Charminar Unani Hospital remained an exception where the 125 inpatients are refusing to follow the government instructions.  Many of them were seen forming close rows to say the prayer behind an imam.

About half of these persons are foreigners who had come to attend the Tablighi congregation in Delhi in the middle of March.

How to maintain peace of mind in difficult situation?