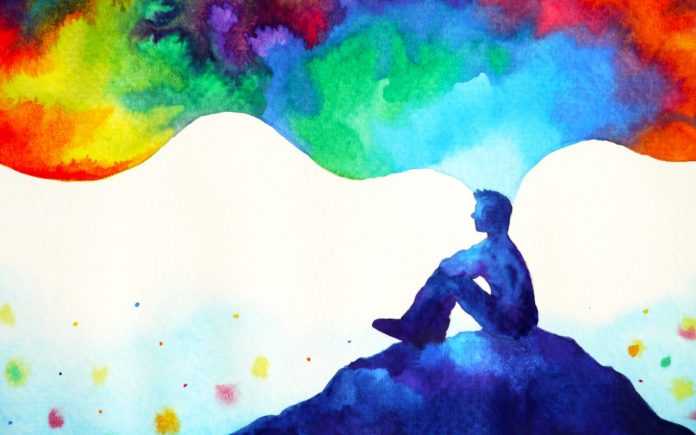 I have been mentally unwell for the past thirteen years and have been admitted into acute mental health wards five times in total, and I have been a resident at a Rehabilitation unit for almost two years now. This piece is about my first admission into an acute ward and my initial contact with mental health services, but also, how did Islam help me through traumatic times?

Most people have an idea of mental health facilities as chaotic and dark places full of unpredictable people. The Hollywood portrayal of mental health illnesses reinforces these stereotypes, with movies like “One Flew Over The Cuckoo’s Nest” with Jack Nicholson contributing towards this idea of patients being forced to take medication and having no power in mental health institutions, whether in hospitals or stand-alone units.

The truth is that mental health wards are actually quite bright and cheerful and although antipsychotic medication has side effects like lethargy or tiredness, most patients are normal and it is hard to tell that they are on medication. There are many amazing and inspirational staff and patients in mental health wards. Many of the patients have incredibly moving pasts – I have met an ex-professor and someone who used to earn £28000 a week before becoming homeless.

Most people have never visited a mental health ward or unit and have an image of patients foaming at the mouth and walking around like vegetables. They also imagine that patients are restrained with straitjackets and are sedated. Fortunately, straitjackets are not used in the UK but they are still used in America.

It is true that there are elements of truth in these misconceptions, as someone who has been sectioned a number of times and been forced to stay in hospital for up to a year at a time I have experienced powerlessness and lack of control over my life. My faith in Allah has helped me through many dark and desperate times but I believe Allah is Loving and Merciful and there is goodness in everything that happens to me.

The first time I was placed in a section was easily the most stressful time in my whole life. I was sectioned after experiencing a mental breakdown and was suffering from psychosis coupled with being sectioned. I actually became more ill due to being sectioned and restricted. I would always pray for myself and my family during this period.

Regretfully I had started an MA in journalism but due to being hospitalised I wasn’t able to complete it. I always planned to finish the course but over the following years I was unstable and I wasn’t well enough to pursue the MA. Again, I believe it was my fate to fall ill and to not complete my MA and I accept that.

Under a Section two the doctor can keep a person in hospital for up to twenty-eight days for assessment, and this can be changed to a Section three due to which the patient can be held for up to six months for treatment.

After being sectioned, I kept trying to abscond from the ward and clearly remember running down the hospital corridor at full speed with five or six members of staff chasing me. I can look back at these difficult times now and appreciate the duty of care that staff on psychiatric wards abide by. My first experience of being in an acute mental health ward was anxiety-inducing as the doors were locked, so as a first-time patient I felt imprisoned and claustrophobic.

That is the worst part, having to come to terms with your freedom being taken away – the ward I was on was a mixed-gender ward with about twenty patients. When I heard doors being slammed shut it caused me mental difficulty and increased my delusions.

It was in this state of psychosis that I was forcibly injected for the first time in my life. I was acting paranoid and hostile and tried to grab a male nurse. The alarm was pressed and about eight members of staff came running from every direction and restrained me. They did this without hurting me but it was a difficult and shocking experience. I was injected and was asleep minutes later. I was told by another patient that I slept for about sixteen hours.

Being restrained and injected was a humiliating experience, but I understand why staff did what they did – they had to consider my safety and the safety of patients and staff. When I was first sectioned I would study the translation of the Quran and pray to God. I found the Quran offered me peace and reassurance while I was in the throes of psychosis.

If the acute ward was difficult then the PICU (Psychiatric Intensive Care Unit) was worse – I was soon moved to the neighbouring PICU.

It was apparent that the PICU wasn’t designed for comfort, the first thing I noticed was how cold it was. The walls were plain and there wasn’t much colour. There are ten rooms on the unit with en-suite showers and toilets. There are no duvets, patients get just a blanket. On my first admission, smoking was still allowed on mental health wards. Due to severe stress and anxiety I started smoking, something I regret as I am still struggling to quit thirteen years later.

My time on the unit was difficult as leave wasn’t granted at all so I spent a number of months without going out, which was very hard. Everything was locked and TVs were in cabinets so they couldn’t be smashed. Things have changed at the PICU over the past decade and now there is access to the garden and leave is granted once a patient is ready to be moved.

Another aspect of life on the unit was the sound of the alarm going off and staff rushing around. But as time went by I became accustomed to life on the unit and spent about two months there before being moved to an acute ward in my home town of Oldham.

From my experience, I would suggest that there should be more activities in mental health units as inactivity leads to rumination and negative thoughts. Useful courses should be offered, like literacy and numeracy. I found playing chess to be very therapeutic and reading too, when I could concentrate. Patients should be strongly encouraged to exercise even if it is doing ten press-ups a day. As a result of gaining weight after taking anti-psychotic medication and not exercising, I developed Diabetes.

I have heard voices for the past twelve years and empathise with people who have the same symptoms. My experiences of how I was sectioned for the first time followed by four admissions have taught me many lessons; including sympathy for people who suffer from mental illness and what needs to change in the system as a whole. Hearing voices are not pleasant, I sometimes feel that maybe it is a Jinn that is talking in my head but equally it could just be a severe mental illness.

Lastly, I believe that doctors shouldn’t have complete power over people who are unwell and that patients should have more of a say on how they are treated. Also, more research needs to be carried out on alternative approaches to treating mental health problems. I have found psychology to be very effective in helping to manage voices and have learnt useful management techniques such as mindfulness and compassion focussed therapy. There should be more psychology-related therapy on all wards.

Although not perfect, acute wards are helping a lot of vulnerable people and keeping them safe. Perceptions of mental health need to be changed, there should be more of a presence in mainstream media showing the positives of mental health illness and the relatively unknown success stories.

My first admission was quite traumatic and is seared in my memory, later admissions weren’t as stressful as I was familiar with the process. I have met many amazing people on my thirteen-year journey and want to work in the mental health system one day supporting people through their difficult times. My faith in Islam has been an anchor that has helped me get through testing times – I would recommend others who are going through hardships to turn to the Quran and prayer.