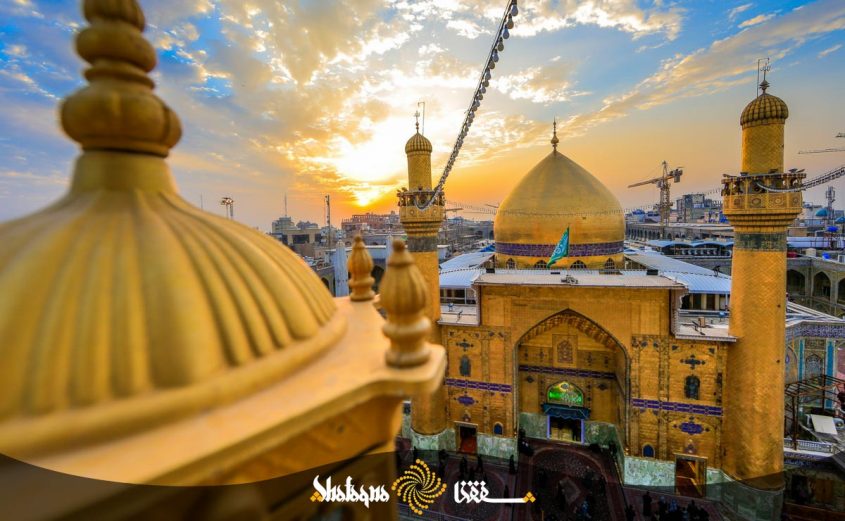 In order to protect the health of the pilgrims and prevent the spread of the Coronavirus, the Governor of Najaf announced the prohibition of gathering, holding mourning and celebration ceremonies, as well as holding congregational prayers in the shrine of Imam Ali (A.S) until further notice.

While Iraqi pilgrims visit the holy shrines with the least observance of health protocols, and during the birth anniversary of Lady Fatimah Zahra (S.A), the city of Najaf and the Alawi shrine were crowded, the Governor of Najaf warned for the spread of Corona and especially for the arrival of the British version of the virus to the country.

According to the Governor of Najaf, all pilgrims are obliged to wear facial mask if they want to attend the Alawi shrine, and if they do not have protective face mask, they will be prevented from entering the shrine of Imam Ali (AS). In addition, gatherings, mourning and celebrations, as well as congregational prayers in the shrine of Imam Ali (AS) were banned until further notice. Moreover, the presence of pilgrims in the shrine should be up to 25% of the pilgrimage capacity.

Restrictions on holding celebrations in Najaf

Accordingly, the celebration of the birth anniversary of Imam Ali (A.S) seems to be accompanied by restrictions or even the Governor of Najaf does not allow the celebration to be held with the maximum presence of pilgrims. Restrictions in Najaf Ashraf occur while in recent days there have been rumors about the resumption of pilgrimage trips to Atabat and also the readiness of the Hajj and Pilgrimage Organization to establish these trips, which, of course, due to new restrictions in Najaf and the governor’s statement, It seems that by the end of this year, Iraq will not accept foreign pilgrims to visit the holy shrines.

What did the Prophet of Islam (PBUH) say about Imam Baqir (AS)?

Can Asia and the Pacific get on track...

Today, women have to learn much from Lady...