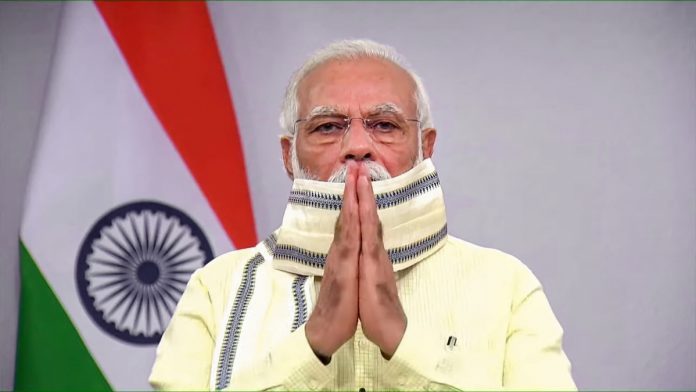 The idea of a complete lockdown was to “flatten the curve” — stop people from interacting with each other, maintain social distancing and the number of Covid-19 cases will start coming down.

There are many places in the world that succeeded in using the lockdown to this effect. These include Denmark, Slovakia, Greece, Austria and Australia. Some countries used their lockdown so well that they managed to completely become Covid-free, such as New Zealand. A few managed to defeat Covid even without a lockdown, such as Iceland.

European countries badly hit by the coronavirus pandemic in March were able to use the lockdown to flatten the curve. These include the United Kingdom, Italy and Spain. Even China, the country where Covid-19 originated, flattened the curve through a strict lockdown. It has now imposed another lockdown.

This is the point where we will be told that all these countries are rich and have low population density. It’s funny how quickly we go from pretending to be a superpower (or ‘vishwa guru’ as the BJP prefers) to resigning to our fate as a poor, third-world country that has a long way to go before it can catch up with global averages of human development.

All the talk of being the third-largest economy, world’s fastest-growing economy, $5 gazillion-trillion-zillion economy just goes out of the window when it’s pointed out that India has failed to do what countries from South Korea to Iceland succeeded in doing.

However, we suddenly become comparable with rich countries when we are doing better. We cherry-pick the data we like. So Narendra Modi lauds Yogi Adityanath by observing that Uttar Pradesh has only 600 Covid deaths so far whereas four European countries with a comparable population have had 1.3 lakh Covid deaths.

The Prime Minister should try and compare Covid numbers of Vietnam and Uttar Pradesh, or Kerala and his home state Gujarat. No matter which way you slice it, that graph is only going up, up and up.

The truth is that Narendra Modi’s lockdown was a failure even by his own publicly declared goal.

Announcing a nationwide lockdown in March, PM Modi had said India would defeat Covid in 21 days, just three days more than what it took to win the Mahabharata war.

If we had a media with a spine and a conscience, if we had a functioning Parliament or an effective opposition, the Modi government would have been forced to explain why its Covid Mahabharata is a losing battle about a hundred days later.

PM Modi has been claiming that we would have lost a lot more lives without the lockdown. That is true. But it is not good enough. We have lost over 17,000 lives and if we continue at this rate, we could easily lose nearly a lakh lives by the end of this year.

Another justification being touted is that the idea of the lowdown was only to buy time so that our hospitals are not overwhelmed with more patients than beds. With a few exceptions here and there, we failed on that front too. Nevertheless, this is shifting the goalpost as usual. It’s a bit like that eternal mystery of the ‘real purpose’ of demonetisation.

It is important and useful to loopback and ask, why did our lockdown fail to flatten the curve? Even if we know the answers, they bear repetition because the ‘war’ against Covid is far from over. It may well have just begun. And it isn’t about the death rate or the recovery rate alone. Unless we can bring Covid under control, our factories, offices and markets are not going to be able to function normally. And unless they do, economic recovery will remain a chimera.

Why the lockdown failed

If we care about the money in our pockets and the tax revenues needed to buy more fighter planes, we need to ask: why did India’s strict lockdown fail to flatten the curve?

1. We didn’t start early enough. Places that were able to get the better of Covid have one thing in common: they started early. This is as true of Vietnam and Thailand as it is of Bhutan and Kerala.

Kerala health minister K.K. Shailaja started as early as 20 January! The state was ready with the protocol of test, trace, isolate and support before most of Europe. By contrast, Narendra Modi and state governments other than Kerala took Covid seriously only when it heard scary stories about Italy and Spain. Except for thermal screening of visitors from China, we did nothing of consequence in February.

2. We didn’t give people notice. A four-hour notice before the national lockdown didn’t give people time to prepare for it. This meant that the world’s largest lockdown came as a shock to people who didn’t have time to adjust to a new way of life, make arrangements and stock up on essentials. Anxious and uncertain, many people tried to go about their lives normally, disobeying lockdown rules.

Today, we are in an ‘unlock’ situation with a far greater spread of the coronavirus. Perhaps, what a country of our size and diversity needed was a slow, graded, gradual lockdown, to begin with.

3. We used police rather than persuasion. To enforce the lockdown on poor hapless citizens, police coercion was used. This led to many incidents of people hitting back at the police. What we needed instead was a lockdown driven more by persuasion and reasoning. This would have ensured greater, wilful participation in the lockdown.

On paper, it was one of the world’s harshest lockdowns, in practice, it was one of the loosest. Just one example: a village in Andhra Pradesh, which had weddings and cricket matches during the lockdown, is now paying a heavy price for it. The kind of strict lockdown that most of the middle classes and the rich experienced, was not experienced by everyone.

The worst example of this was of course migrant labourers, whom we should have allowed to return home in the first place. Trying to prevent them from returning home initially only spread Covid further among them, and now they’re spreading it in their home states.

5. We deliberately under-tested. This was perhaps the greatest mistake we made. From the very first day, India has been under-testing for Covid, perhaps just to keep numbers artificially low. Central and state governments were complicit in this. They feared political backlash — they feared people saying the government has failed to control Covid. Ironically, not testing spreads Covid even more, because you don’t know who to isolate.

State after state has realised the gravity of this mistake. Uttar Pradesh and Bihar are still making the same mistake, but they will realise it the hard way, as other states did.

With large-scale testing, we would have been able to isolate more people, whether at home or at quarantine centres. But we were told there was no such thing as testing “enough”. We were told it wasn’t possible to test everyone. With such lack of self-doubt, we defied global scientific wisdom. The way Covid is spreading, we might end up having to test everyone. And the saddest joke is we will still not admit there’s community transmission because political expedience decides what’s true and what’s false in Modi’s India.

6. We just gave up on contact-tracing. Once someone is identified as Covid-positive, you ask them to name all places they’d visited in the last few days and all people they met recently. This is called contact tracing, and widespread testing helps create a detailed map of it. This has to be explained like a new concept because India forgot all about it.

Kerala did such a good job of it that they had ‘Corona detectives’. India’s failure to carry out contact tracing at mass scale was partly a reflection of poor state capacity, and partly a deliberate choice to show low Covid figures. These poor choices only made the problem much worse, like letting a wound fester.

The government’s magic wand for contract tracing is a smartphone app in a country where nearly 75 per cent of the population doesn’t have a smartphone.

Also read: I am a public health adviser who got Covid. This is my advice to Delhi and Modi govts

The power of propaganda

Even now, India is not being honest itself about its failure to contain Covid. Nobody cares: we are used to the idea that our lives are expendable. As long as we can cherry-pick data to show all is well and Modi can win the next election.

Just as the failure of demonetisation and the pain of GST didn’t hurt the BJP electorally, the failure to contain Covid won’t hurt Modi either. The opposition, especially Rahul Gandhi, has been rather good in raising these points but their voice just won’t reach the people. The opposition neither has party workers, nor millions of WhatsApp groups, nor a media that questions the government.

With such absence of democratic checks and balances, India’s failed lockdown is being sold by Narendra Modi as a success. And by the time Covid ends, many Indians will indeed come to remember a failure as success. Such is the power of propaganda.