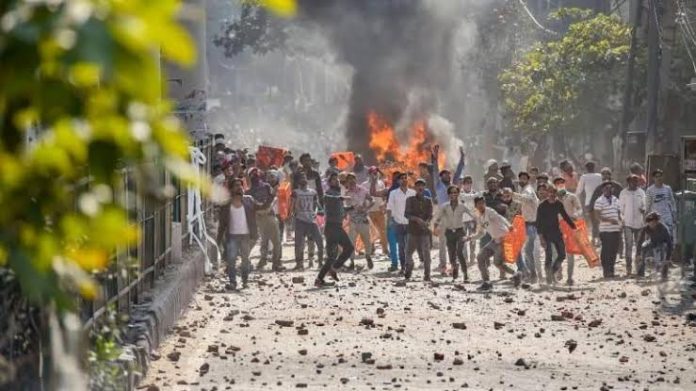 A separate bench of the Delhi High Court will hear a batch of pleas related to the northeast Delhi riots of 2020 and alleged hate speeches linked to the Anti-CAA protests from February 8.

The bench of Justice Siddarth Mridul on Friday said the court will start hearing the matters from next Tuesday which were earlier heard by a division bench of Chief Justice D N Patel and Jyoti Singh.

On January 28, the pleas were transferred to a bench of Justices Siddharth Mridul and Anup Jairam Bhambhani through an administrative order.

On Friday, the bench took note of the apex court direction of December 17, 2021, in which it told the Delhi High Court to dispose off the Delhi riots matters expeditiously, preferably within three months.

Last week, the Delhi High Court had filed a fresh status report with regard to all 758 FIRs in connection with the North East Delhi violence, along with the detail of present stages before the trial court, following the court direction passed on the last date of hearing.

A total of 695 cases are being investigated by North-East District police while 62 cases such as murders were transferred to the Crime Branch, where three dedicated Special Investigation Teams probed these cases under continuous monitoring of superior officers, the police said.

It was also submitted that a case pertaining to the larger conspiracy behind the communal riots in the national capital is being investigated by the Special Cell.

In a similar development, recently, Delhi Lt Governor Anil Baijal had opposed the plea in the High Court by the AAP government challenging his decision to allow lawyers chosen by the Delhi Police to argue as Special Public Prosecutors (SPP) in cases related to last year’s Republic Day violence and the 2020 riots.

Defending the appointment of SPPs, the LG, in an affidavit, said that the recommendations were for an efficient, speedy, and just prosecution of the cases which are highly sensitive in nature, such as the northeast Delhi violence cases and the same has no bearing on the competence or independence of the prosecutor who is an “officer of the court” and fulfils the duty of efficiently assisting the court.

Is a new draft law in the Maldives aimed at muzzling criticism of India?