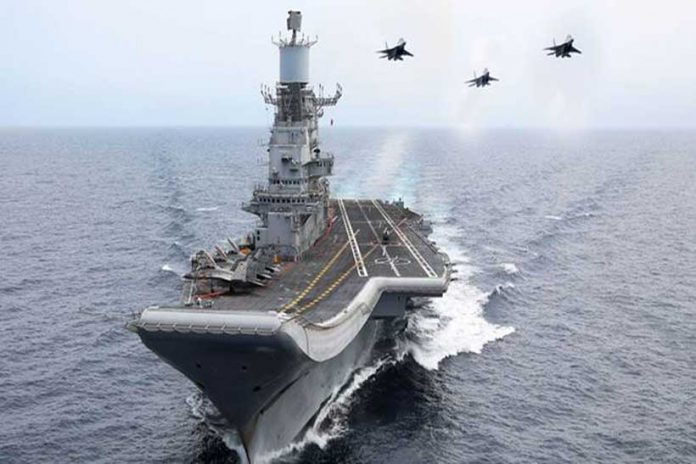 Tensions in the Indo-Pacific region (IPR) have escalated significantly in the last two years. Simultaneously, a number of new actors have adopted the concept, publishing national strategies and announcing future military deployments. Continued Chinese belligerence in the South China Sea (SCS) and in Eastern Ladakh has seen a comparatively stronger regional response this time around.

New Delhi triggered a build-up on the Andaman and Nicobar Islands, Japan legally and materially hardened its security posture in the East China Sea (ECS) and Sea of Japan, Australia finally participated in the 2020 Malabar Exercise, and Washington has effectively made the IPR a two-carrier theatre. All ‘Quad’ members have also ratified mutual logistics and exchanges agreements, while ramping up the number of joint/multilateral military exercises in the last two years.

More importantly, the potential of a short-to-medium term US-China Pacific conflict has piqued the interest of security analysts, and is looking to be a running feature in the US-China relationship. The potential of such a conflict is also of concern to New Delhi as its outcome will have long term ramifications on India’s regional security. However, the origin and nature of the conflict will determine when and how New Delhi will respond.

A Chinese invasion of Taiwan and a sudden, but short conflict in the SCS was possible in the last decade. Now it is increasingly potential. The record number of People’s Liberation Army Air Force and Navy (PLAAF/PLAN) intrusions into Taiwanese territory last year, and Beijing’s announcement that “independence means war”, has shifted Washington’s opinion and action from ‘strategic ambiguity’ to overt support. Beijing’s continued militarisation in the SCS and growing confrontations with sub-regional actors has also made a short-term maritime military standoff in the eastern IPR straits likely.

In an invasion of Taiwan, Beijing’s opening manoeuvres will operate within the First Island Chain (FIC) in the Pacific Ocean. Denial operations would take place across the FIC, from the ECS to the SCS. And, with a missile advantage along its Pacific coastline and dual-use infrastructure in the SCS, Beijing may set up a forward position west of the FIC; but this is doubtful given China’s comparative projection and logistics disadvantages vis-a-vis the US. The US Navy’s (USN) forward-contingency posture will see a rapid deployment of troops to the western Pacific, which will then assist existing defensive operations in the FIC. Similarly, certain US allies, depending on the geopolitical disposition at the time, may initiate containment measures towards the north of the IPR straits, and south of the ECS.

On the other hand, a multilateral stand-off in the SCS will witness sea-control operations focused directly towards the eastern IPR straits, with denial operations similar to the previous scenario. Predicting what would happen in this case is difficult, owing to the saliently international dimension of unilateral control on the IPR straits and the SCS. With extra-regional powers like the UK, France, and Germany also now taking part in the IPR security discourse, there is a new, uncertain dimension to a regional response to Beijing’s militaristic expansionism in the SCS.

Both scenarios directly come in the way of India’s regional security goals – preserving regional multilateralism and collective security. More importantly, in both scenarios, military operations take place across the whole FIC area; a region in India’s secondary interest area. On speculation, it would seem that both scenarios will first see diplomatic communications to the hostile actor to desist from further unilateral action, followed by an immediate reinforcement of troops in the eastern Indian Ocean (EIO).

Indian Navy (IN) vanguard elements operating out of the Andaman Sea and the Andaman Nicobar Command will be supported by elements from the Western Naval Command and flanking elements operating from the Malacca strait in the west to the Ombai and Wetar straits in the east. India’s geographic advantage in the IPR allows it a natural ‘defence in depth’, further enhanced by the improvement of IN denial capabilities in the EIO. These efforts should also be directed toward securing greater IN marine-amphibious, sea-lift and carrier capabilities, in order to maintain strategic parity and to gain offensive advantages as and when possible. Such deployment, depending, of course, on available and effective capacity, appears to be a natural response, especially to a potential stand-off in the SCS.

However, such projections are, as mentioned before, speculative. Geopolitical dispositions may change, and, as some suggest, bilateral strategic competition could be managed before it spirals out of control. Also, New Delhi’s own national security priorities, a list now further aggravated by the coronavirus health crisis, may limit its action in the future. Geo-economic linkages are also a critical issue. Recovery in the post-pandemic era will require regional cooperation, in more than just the security dimension. And, with China as the runner-up for ‘largest economy’, New Delhi cannot afford to further aggravate its relationship with Beijing. As a result, IN action may be limited in scope to strategic signalling and tactical deterrence in the EIO.

Even so, there is one scenario, endogenous to the current Indian security dilemma that could provoke a wider IN response in the EIO – further aggression by PLA forces in Eastern Ladakh. However, this seems to be a non-stater now, with the first stage of disengagement taking place along the north and south banks of the Pangong lake. How New Delhi will participate or be involved in a potential US-China conflict will be determined by Beijing’s regression to ‘wolf-warrior’ diplomacy, further aggression in the north, and the scope and duration of said potential conflict in India’s secondary interest area. The last two points are crucial, because longer timelines allow for expanded scopes — and deadlocks, at some point, have to be broken. 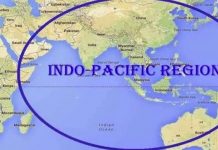 The Need to Reorient New Delhi in the Indo-Pacific