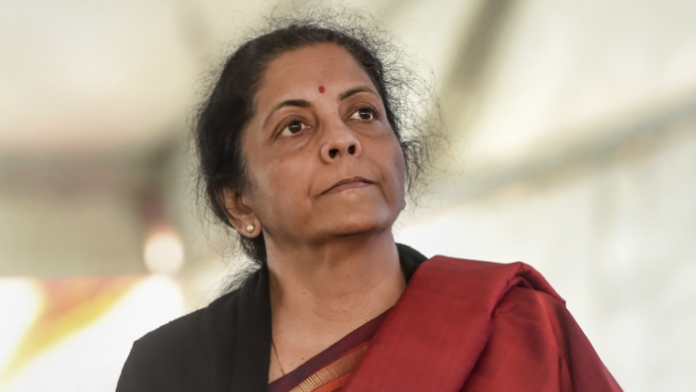 Almost five weeks into the lockdown, it is clear that we are going to have a long hard summer. The economic hardships will worsen unless an urgent stimulus is unleashed. The pandemic has led to a triple whammy, of a supply, demand and financial shock. The stringent lockdown was like a shutdown of three-fourths of the economy. This affected the informal sector workforce the worst, with jobs lost, incomes disappearing and in case of migrant workers, even ready access to food. The demand shock is due to a steep decline initially for services like airline travel, tourism and hospitality. But it soon spread to discretionary spending, as consumers cut back on spending. Malls and most retail outlets are shut except for essential services. The financial shock was in the form of destruction of wealth in the stock market. The returns on bank fixed deposits, on which many pensioners depend, are also down thanks to the steep cut in interest rates. The stock market is up since the end of March, but its recovery is still wobbly. So, in an economy facing such a steep downturn, there is simply no alternative to boosting aggregate demand, via a strong fiscal stimulus.

Indeed, this is what most major economies of the world have undertaken. The biggest economy, the United States, has pumped in 10 per cent of their national income in the form of a fiscal rescue package. And more is coming. The package consists of direct cash injection to workers and their families, and support for small and medium businesses to fund their working capital. The fiscal package has been accompanied by aggressive monetary stimulus in the form of rate cuts, liquidity injection and even credit support for businesses. Indeed, in a move to induce banks to go out and lend, the government has taken on much of the risk of default so that banks behave boldly and start lending. This is pretty much the template followed in other countries like the UK, Germany and Japan. China, too, has a big stimulus package, even though it is the only country which is showing signs of a recovery already.

Unfortunately, in India so far, till the time of this writing, the fiscal support has been much smaller. The Finance Minister announced a package of Rs 1.7 lakh crore which constitutes 0.8 per cent of GDP. A big part of this was already budgeted in the pre-COVID-19 days. So, the magnitude of the new stimulus was very limited. Of course, the Reserve Bank of India has been more aggressive in the monetary stimulus area. It cut interest rates sharply, announced long term cheap funding for banks, and a three-month moratorium on interest payments. But the main action has to come from the fiscal authorities. Even the State governments are asking for bigger support, since they cannot increase their debt or deficit without the permission of the Centre. For instance Maharashtra has asked that the permitted fiscal deficit ceiling be raised to 5 per cent of State GDP from the present 3 per cent. Its revenues have dried up, and committed monthly expenses in the form ofsalaries, pensions, social services and interest payments amount to Rs 23,000 crore which excludes COVID-control measures. The revenue shortfall is steep.

The Centre must embark on a fiscal stimulus package in the range of at least around 4 per cent of the GDP incrementally. That would amount to Rs 8 lakh crore. This should be a combination of cash injection to workers as well as releasing pending payments to all vendors, small or large. It should have working capital support, especially for smallbusinesses, in the form of first loss default protection to banks. There should also be a fiscally supported interest subvention to all borrowers who are not classified as NPA’s, and with an upper limit of say Rs 5 crores of borrowing. The country has 63 million small and medium enterprises that need some support or the other. Additional measurescould be to allow corporates to use up their deferred tax payments credits which are called Minimum Alternate Tax. This advance tax credit may be as high as 75,000 crore. The Centre and States must consider an across the board cut in the GST rates down to 12 per cent, which has to be initially supported by fiscal resources of the Centre. This was after all the original proposal of the Kelkar task force when GST was conceptualised.

So what would prevent the policy makers from hesitating to undertake a strong fiscal dose? There are perhaps four reasons. These are fears of inflation, crowding out credit and causing the upward movement of interest rates, currency depreciation and a downgrade in country rating. Let us examine each of these. At a time when demand has collapsed, andpeople’s cash balances are very low, and the velocity of money circulation is low, the possibility of inflation is remote. There is of course a chance of food inflation but that is due to supply and logistics bottlenecks, of truck movements and hindrance to move food from farm to fork. Otherwise inflation is not a serious risk. As for crowding out private investment due to an expanding fiscal deficit, that is hardly a worry. Private capex has been stagnant for quite some time.

Thirdly, as for the fear of currency slippage, it may not be such a bad thing. Since oil prices are ultra-low, India can afford a weaker and undervalued currency. It will only help domestic industry cope with cheap imports. It may also bolster the exporting sectors. Finally, asfor fear of rating agencies, in a world where practically every other country is in recession, it is very unlikely that India’s rating will go down, without all the other countries also not getting affected. In any case the Indian government’s debt is mostly domestic and rupee denominated, so a slippage in country rating does not affect government borrowingrates that much. Of course, those with dollar borrowings from abroad will face a stiffer charge on their loans. In the balance, the four reasons to restrain from a big fiscal stimulus are not so compelling. we need a strong dose, and we need it now.