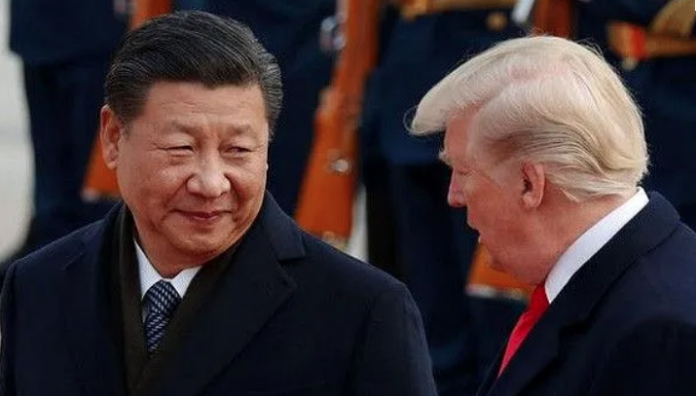 No doubt the Chinese will respond at some point, albeit not directly, to Nirmala Sitharaman’s package of taxes pointedly designed to prevent China dumping in India. For now, however, Beijing is absorbed in the after-effects of the 22-month-long trade dispute with Washington which ended on January 15 when Donald Trump and Liu He, the Chinese vice-premier, signed a Phase One deal. Both sides know they face a much tougher Phase Two process amid a wider race for global technical and military supremacy reaching far beyond trade tensions.

Although’s China’s trade surplus with India fell from $59.3 billion to $57.4 billion in 2018, overall figures show India’s trade deficit with Hongkong-China combined rose from $55.4 billion to $60.1 billion. While India under Narendra Modi and Amit Shah is limping in the worst economic crisis in a decade with growth down, unemployment up and exports stagnating, China sees itself as stepping into a leadership vacuum allegedly left by the US. Zheng Yongnian, former director of the East Asian Institute at the National University of Singapore, expects the January agreement to be followed by a second and possibly third deal to resolve what he calls “the most important relationship from all perspectives in today’s world.”

The Western view, as described by the Economist, is that from Xinjiang to Taiwan, China’s periphery is a source of unpredictable risks and threats. However, while ideological confrontation might intensify given the West’s focus on Xinjiang with its restive Muslim Uighurs, Hongkong’s turmoil, Taiwan’s independence dreams, and Tibet wondering who or what will succeed the Dalai Lama, hostilities are ruled out. President Trump might huff and puff but no US administration ever takes a policy stand on principle where China is concerned. The commercial relationship is too valuable to be risked, though the Americans will use these other issues as leverage.

India could in theory benefit from a possible turnaround in the world economy, but the evidence suggests that India hardly has the resilience or competitive strength to take advantage of the situation. Just as India gained little from the US-China trade war, it is unlikely to be directly affected by the hard-negotiated deal they signed. But if the pact goes beyond the first phase as Mr Zheng expects, and is implemented in letter and spirit by both parties, India could benefit from an overall improvement in global trade. However, sadly, the opportunity to exploit the situation when the US and China imposed high tariffs on a large number of items was lost largely because of inadequate manufacturing capacity despite Mr Modi’s “Make in India” boasting. Enterprising and pro-active Vietnam took advantage of the increased business.

Under the January pact, tariffs on goods worth $120 billion will be halved, but much of the higher duties on Chinese exports to the US worth about $360 billion and US exports to China valued at more than $100 billion will stay. China has also committed itself to increasing its purchases of US manufactures, services, agriculture and energy by $200 billion above 2017 levels over two years. This figure could include $50 billion worth of agricultural goods a year. But, again, it is doubtful if India will be affected. India and China have been discussing higher Chinese purchases of commodities such as soybean which it had been buying mostly from the US ever since Sino-US differences first surfaced nearly two years ago. But, for whatever reason, these negotiations did not actually result in increased Indian sales to China. Therefore, the resumption of Chinese purchases of American farm goods is not likely to hurt India. Moreover, Beijing’s caveat that its increased purchases from the US would also depend on demand at home gives it the option to wriggle out of its commitment if necessary.

With US presidential elections due in November, President Trump may have seen an agreement with China as a ploy to placate American voters hit by the trade war. The Congressional Budget Office estimates that tariff-related uncertainty and costs have brought down US economic growth by 0.3 per cent since 2018, while also reducing household income by an average of $580. The International Monetary Fund claims that the world economy has been growing at its slowest since the financial crisis. In projections made in October 2019, IMF experts claimed that global growth would touch about 3 per cent this year, indicating a significant slowdown compared to two years ago. As everyone now knows, Gita Gopinath, the IMF’s Chief Economist, blames India’s poor performance for dragging down international growth.

China, too, has its problems. Its proprietorial attitude to the South China Sea has led to quarrels with several neighbours from Japan to the Philippines. The friction in Xinjiang and Taiwan are more territorial than ideological. Hong Kong feels the “one country, two systems” treaty is not being honoured. Tibet is a case of old-fashioned colonial conquest and expansion. But ideology does influence Beijing’s suppression of religious cults like the Falun Gong and the close control of the media that might partly explain why the coronavirus epidemic was not detected earlier.

For different reasons, China’s neighbours fringing the South China Sea won’t go to war over their trampled rights even though Vietnam will probably continue to strike some warlike poses and go as far as it can. Even Mr Zheng believes that while an American withdrawal from the world stage is a temporary phenomenon “the two sides will eventually go back to cooperating in international affairs.” He admits “China is facing tons of problems – environmental issues, income inequality, sustainable development, the middle-income trap, and even the Thucydides Trap － Graham Allison’s postulation that war between a rising power and an established power is inevitable, invoking Sparta’s fear of rising Athens which made war inevitable － with the US.” But he believes China’s strong – others would call it dictatorial – government will enable it to ride out challenges. “Today every country has a problem with governance, but the difference is whether you have an effective government or not” he says. “Big countries, like China, always have big problems, but their capability to solve these problems is also big.”

As for India, Mrs Sitharaman’s new import duties on everything from butter to electric trucks may make some slight dent in Chinese sales to this country, but may also add considerably to the cost of living for Indians. One only hopes that the finance minister doesn’t end up by cutting her nose to spite her face. It’s the Indian consumer who will suffer if she does.

The writer is the author of several books and a regular media columnist.