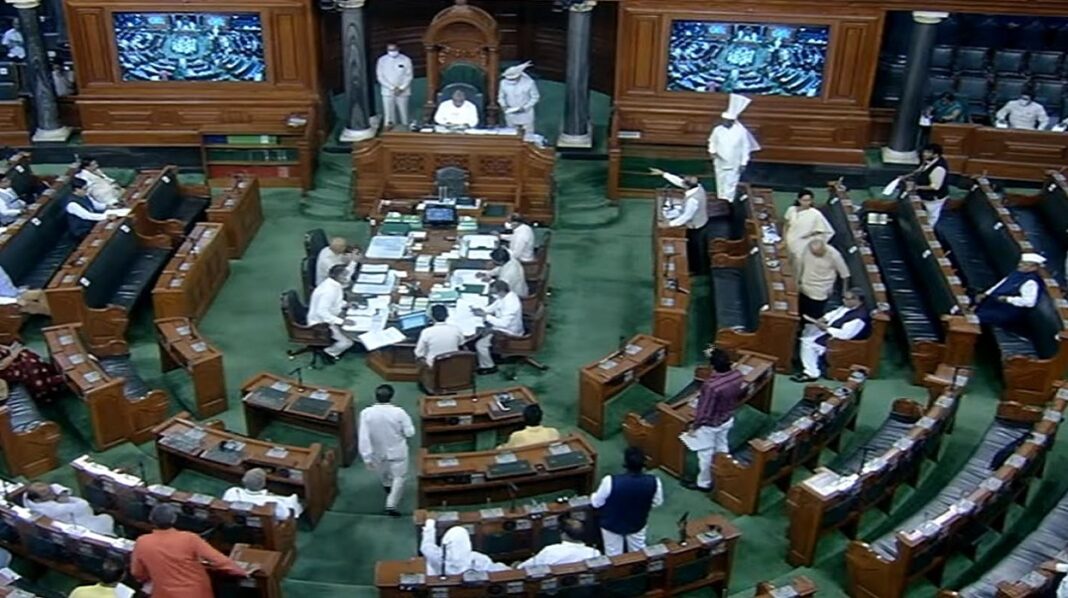 Oppn Protests in Parliament against Misuse of Probe Agencies by Centre

Both the Houses of Parliament on Thursday witnessed protests by opposition members against the misuse of investigating agencies by the government against political opponents.

Opposition members led by the Congress in both the Lok Sabha and the Rajya Sabha protested against the Enforcement Directorate (ED) raids and summons against Opposition leaders.

The Lok Sabha proceedings were first adjourned until 2 p.m. and then adjourned for the day after opposition members continued loud sloganeering over the misuse of the ED against political rivals.

Congress members tried to raise the issue of the misuse of the ED but Rajya Sabha Chairman M. Venkaiah Naidu said that he will listen to them after papers are laid on the table. After the papers were laid, Naidu said he has received five notices under Rule 267 but none has been admitted and he was not admitting them as the issues can be raised in any other form.

The Rajya Sabha first adjourned till 12 noon as the opposition benches protested against the misuse of the ED. As the chairman gave permission, Leader of the Opposition in the Rajya Sabha Mallikarjun Kharge said that the investigating agencies were being misused against the opposition parties to suppress them. Members from the treasury benches opposed Kharge’s remark and heated exchanges took place between the two sides.

As the disruption continued, the Chairman adjourned the Rajya Sabha till 12 noon. When the House resumed proceedings at 12 noon, Question Hour was held amid loud sloganeering and disruption from the Opposition, who were demanding a response from the Prime Minister. Kharge said that while the House was in session he had received a summons from the ED to appear before the agency at 12.30 pm. “I respect the law and will appear before the law enforcement agency,” Kharge said.

Leader of the House in the Rajya Sabha Piyush Goyal said that the law enforcing agencies were doing their work and the present government is not interfering in their functioning.

After Question Hour amid sloganeering, the Rajya Sabha was adjourned till 2 p.m. for the lunch break.

Post lunch, the Rajya Sabha passed the ‘Family Courts (Amendment) Bill, 2022’ by a voice vote amid continuous sloganeering by the opposition members. As soon as the bill was passed, Rajya Sabha deputy chairman Harivansh adjourned the House for the day.

‘Sanatan Dharma’ to be Included in AMU Curriculum