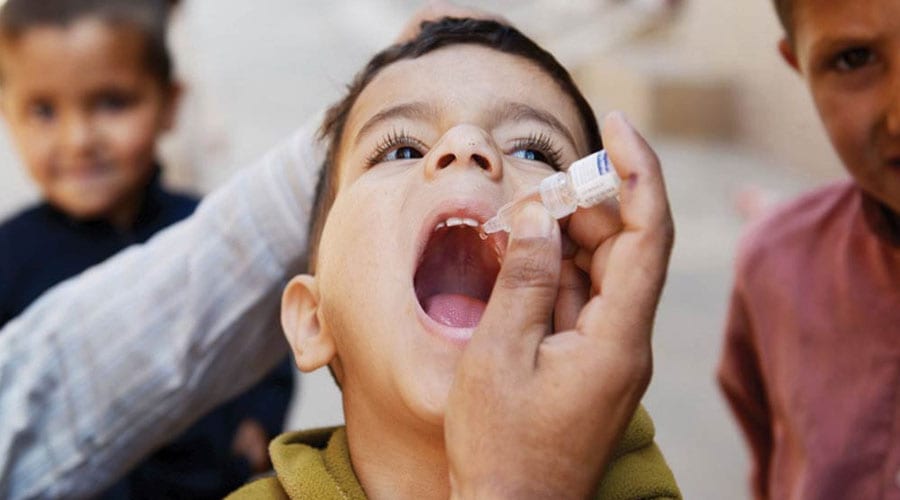 Pakistan reported the third polio case this year after a one-year-old boy was found affected with the virus in North Waziristan.

According to a statement issued by the Ministry of Health, the wild poliovirus type 1 (WPV1) was confirmed in the boy from Miranshah on May 15 (Sunday) by the polio laboratory at the National Institute of Health, Islamabad.

The onset of paralysis was observed in the child on May 14 in UC-3 Miranshah. The samples were collected on May 7. It has been learned that the boy was not administered anti-polio drops during the recent campaign.

Pakistan has reported three cases of polio this year so far – all from North Waziristan. After staying polio-free for almost 15 months, Pakistan reported its first two cases of the virus on April 22 and April 30. The victims, a 15-month-old boy and a two-year-old girl, belonged to the Mir Ali tehsil of the tribal district.

The health ministry expressed concerns over the detection of more poliovirus cases in the country. Health Minister Abdul Qadir Patel said that even a single case is a matter of grave concern.

“Another child will live with lifelong physical disabilities because of this preventable disease. As a country, we must understand the human cost of not eradicating polio from Pakistan. Every polio case is a huge tragedy,” the health minister lamented.

He said that in the absence of a cure for the virus, the only way to protect children from the disease is vaccination. He said emergency measures were in six southern districts of Khyber Pakhtunkhwa since children to save children from poliovirus.

He added the districts were identified as most at risk and an emergency action plan was initiated to reach more children than before. The minister said he is personally monitoring all polio eradication efforts and will be going to all high-risk areas to oversee operations.

Health Secretary Aamir Ashraf Khawaja said that the ministry had feared an uptick in the cases after the first was reported. He expressed concern that there may be more cases until every child is vaccinated.

Adani to get Holcim’s India assets for $10.5b