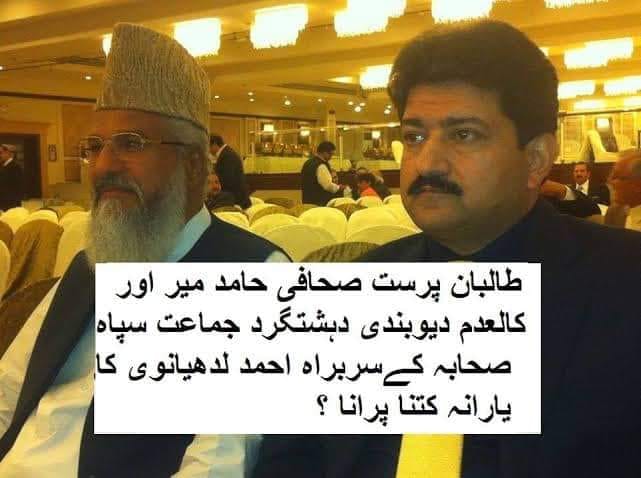 Friends have correctly pointed out how corporate media channels like BOL are promoting bigotry and sectarianism. This is sadly not a new phenomenon. Hamid Mir, #NajamSethi and #TalatHussain – admired by some Pakistani liberals – have been promoting worse sectarianism for over a decade. And unlike BOL, they did not even allow a Shia cleric to rebut sectarian prejudice.

Hamid Mir’s allowed his friend Ludhianvi to spew vicious hatred against the targeted Shia Muslim communities in Pakistan. Ludhianvi’s hate organization has incited and sponsored sectarian violence that has lead directly to the murder of 200+ Shia doctors and surgeons in Pakistan. #HamidMir and Ludhianvi instead chastised Shia Muslims for not “investing in education and health” !!!

Similarly, Najam Sethi’s #FridayTimes blog justified violent inciting hate speech against Shia Muslims as “political slogans”. Sethi would have fitted in perfectly with the #Nazi party apparatus and profited quite well. Just as he has now.

Talat Hussain was the original Turkophile who cheered for Turkey’s crass political stunts and posturing. He also hosted hate mongers like Ludhianvi and gave him a free hand to spew his hatred and prejudice against other faith groups.

Sipah e Sahaba is the sister organization of JeM and is affiliated with Al Qaeda/ISIS. SSP worships the Ommayads; who massacred the Holy prophet’s family at Karbala and then even attacked the Kaaba. 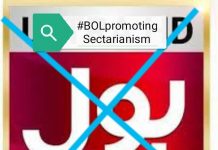 Pakistan’s corporate media has been promoting sectarianism, bigotry and prejudice for over a decade