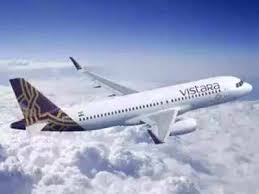 LUCKNOW: A Vistara flight from Mumbai to Delhi with 153 passengers on board was airborne for close to four hours on Monday during which the aircraft circled over Delhi, diverted to Lucknow, then headed to Allahabad only to return to Lucknow where the pilots, who were trying to avoid a low-visibility landing, radioed a Mayday call and carried out a providential touchdown with almost empty fuel tanks.
The weather gods and Lucknow air traffic controllers saved the day because the aircraft didn’t have enough fuel to fly the approximate 200-km distance from Lucknow to Prayagraj airport, Allahabad. Flightradar24 data showed that about seven minutes en route to Allahabad, the aircraft turned to Lucknow where it landed in 20 minutes. The pilots had returned after the Lucknow ATC informed them that weather over Lucknow had cleared. “When it touched down, the A320Neo had only 200kg or 5 minutes of flying time left. Allahabad runway is about 30 minutes away from Lucknow,” said a source.

Heart Failure for People Under 65 Is Rising: How to Reduce Risk