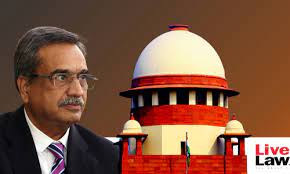 Hearing a suo motu case regarding the demolition of the house of an accused in an arson case in Nagaon district of Assam, the Guwahati High Court has stressed that bulldozing of a house is not provided under any criminal law, even if an agency is investigating a very serious matter.

The court also expressed its anguish over the act of the superintendent of Police in flouting the procedure. A division bench led by Chief Justice R. M. Chhaya pointing to the act of the SP, said: “Show me from any criminal jurisprudence that for investigating a crime, the police without any order, can uproot a person and apply a bulldozer,” reports Livelaw.

Targetting the authorities, the bench orally remarked : “For this you require permission. You may be the SP of any district. Even IG, DIG, or whoever may be the highest authority has to pass through the gamut of law. Only because they head the police department they cannot wreck anybody’s house. Nobody is safe in this country then if that is permitted.”

“Procedure has to be followed. One authority is throwing burden on another authority. Who will represent the SP? What is your answer? Which law permit to do this? Without prior permission of the Court, you can’t even have a search of somebody’s house,” the Chief Justice stated, according to the report.

The Counsel. however, said that the permission was taken for searching. Chief Justice Chhaya retorted: “With my limited career here in bar, I have not come across any police officer using bulldozer by way of a search warrant.”

Chief Justice maintained that incidents of such bulldozing of houses are done in movies, and even in those, the search warrant is shown before the act.

He equated the bulldozing of the houses to an act in a ‘gang war’ and asked the Home department to find better ways of carrying out their investigation.

“There is a purpose why ‘law and order’ words are used together…this is not the manner in which law and order is controlled,” he said in his observation on Thursday.

The Batadrava Police Station was set on fire on May 21 by a mob following the alleged custodial death of a local fish trader, Safikul Islam (39), who was picked up by police the night before.

A day later, the district authorities had demolished at least six houses, including Islam’s, using a bulldozer purportedly in search of weapons and drugs hidden beneath the structures.