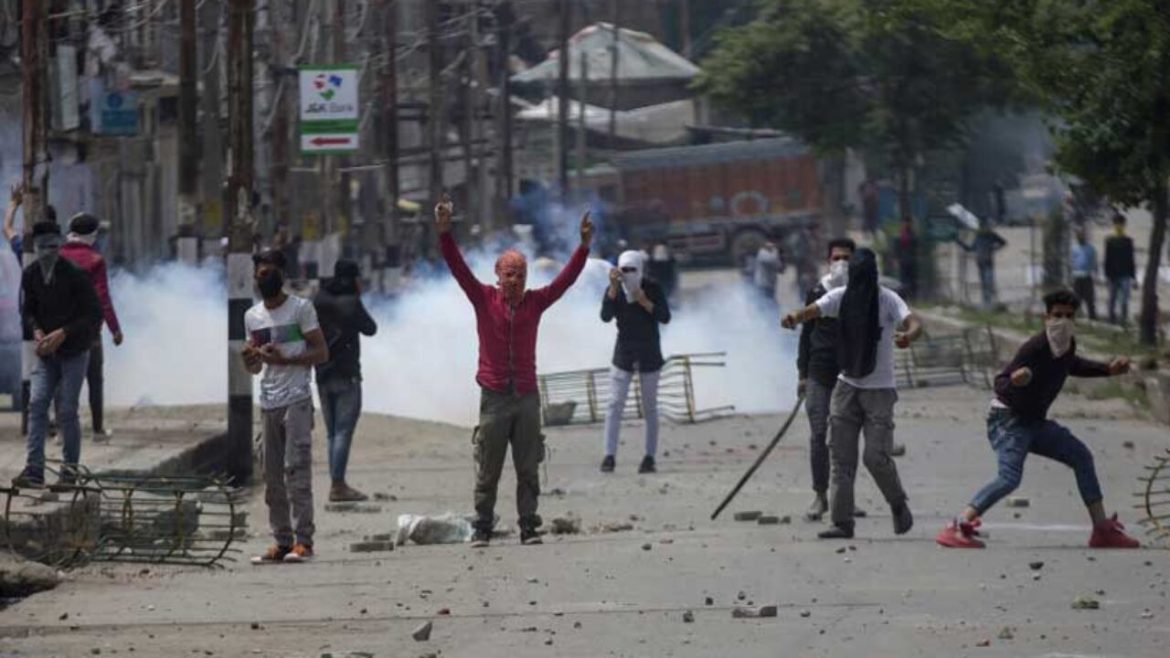 Political prisoners in Kashmir are subject to inhuman and degrading treatment by misuse of anti-terrorism laws, which are in contravention to international standards.

It said that India has failed in suppressing the freedom struggle and resorted to inhuman tactics like slapping inhuman laws like Unlawful Protection Activities Act (UAPA), and other anti-terror laws on Kashmiri leadership.

Muhammad Yaseen Malik has been given life imprisonment without any fair process or trial while political leaders like Syed Shabir Shah, Masrat Allam, Naeem Khan, Asya Indrabi, Qasim Faktu, Altaf Shah and others are put behind bars on fake and fabricated charges.

Explaining crackdown on dissents they also demanded the release of well-known Human Rights activists Khurum Parveez and Ashan Untoo who are a strong advocates of human rights.

The presser also unearthed the nefarious designs of Indian state to change the demography of Indian Illegally Occupied Jammu and Kashmir and convert a Muslim majority state into a BJP-dominated fascists. The gaging of local media is unprecedented as journalists are targeted and jailed on the account of publishing stories of human rights violations.

The delegates urged the international community to take notice of the unprecedented situation in Indian Illegally Occupied Jammu and Kashmir where first statehood was abolished and later the crackdowns and take encounters see no limit.

The scars of Indian atrocities are so deep that even the decades won’t heal it. Kashmiris have declined Indian model of development and termed it as an effort to establish fake normalisation.

Delegates criticised the new norms in Kashmir where dissent is a crime, freedom of speech is nonexistent and political space has been shrunk.

The delegates concluded the presser by demanding India to allow a UN fact-finding mission to Indian-occupied Kashmir to access the situation on the ground.

The presser condemned in strong terms the ongoing spree of extra judicial and summary executions of Kashmir youth and demolishing of public properties.

At UN, Pakistan, Indian delegates spar with each other over Kashmir issue

The Kashmir Files: Myth Or Reality