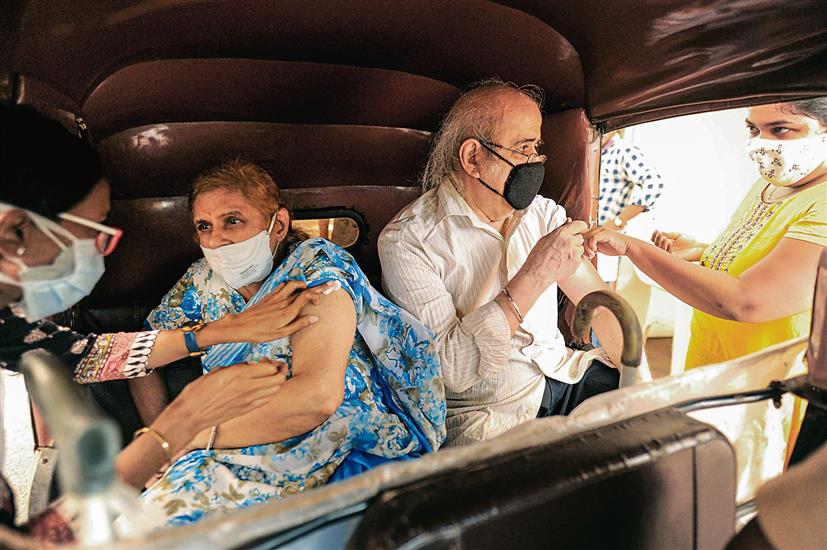 Government data showing vaccine coverage below the national average for both priority groups — health and frontline workers — in Punjab and Haryana is a cause for concern. Though the Covid vaccination drive for health workers began in mid-January, in Punjab, as late as May-end, as many as 28 per cent of them were yet to get even the first dose. It’s a poor show, given that the national average for the first dose administration in this category is 82 per cent. In fact, Punjab lags behind in vaccinating the 45-plus age group also, with its first dose coverage being just 30.04 per cent against the countrywide mean of 33.7 per cent.

These gaps in the inoculation of the priority groups flag certain challenges and the need to focus on surmounting them for deriving optimal immunity benefits. While initially, vaccine hesitancy, stemming from scepticism and fear of adverse side effects, was the main cause of the low turnout, the vaccination pace has slackened further in the past few weeks due to a shortage of jabs. Though Punjab has infrastructure to administer three lakh doses a day, the supply chain permits just 60,000-70,000 doses. Studies indicating less severity of Covid-19 infection and zero mortality among those fully vaccinated should motivate all those having apprehensions about the shots to queue up for the doses.

The state governments need to consider evidence-based flexibility in vaccine schedules as per the logistics available and various ongoing researches. For instance, a latest report by health experts has flagged that mass, indiscriminate and incomplete vaccination can trigger the emergence of mutant strains. It has suggested that at present, while those who had coronavirus infection need not be inoculated, priority be accorded to vaccinating the vulnerable and those at risk, rather than going for a population-wide coverage. To maximise gains, it has recommended a reduced time interval for the second dose for areas with Covid surges. The vax strategy could be further guided by mapping the vulnerability at the district level through repeated local-level serosurveys. While districts recording over 70 per cent seroprevalence were fit for a return to normalcy, those with low levels required lockdowns and vax prioritisation.